Activision has officially announced Call of Duty: Black Ops 2 for a November 13 worldwide release, envisioning a new Cold War in the year 2025.

Activision released the first trailer for Call of Duty: Black Ops 2. The video confirms a 2025 setting, featuring glimpses of Los Angeles under attack. A Middle Eastern setting, robots and even horses are spotted in the trailer.

Sgt Frank Woods, the co-protagonist of the original Black Ops, also appears in the video. The game will take place in two timelines: the late 1980s as the end of the Cold War as Alex Mason from Black Ops 1 and 2025 as Mason's son David.

The story sees the US and China in a second Cold War over Rare Earth Elements, used to built tech devices and military weapons. Part of the war is also instigated by antagonist Raul Menendez, who's hacked into drones and various robotic weapons to kick off the war's combat. The 80s timeline will show what started Menendez's path down the events in Black Ops 2.

Its story will come from co-writer of Batman Begins and The Dark Knight David Goyer.

Black Ops 2 will supposedly answer the question of what happened at the end of the first game, according to Kotaku, regarding Mason. When asked about the return of Gary Oldman's Reznov character, Treyarch boss Mark Lamia and game director Dave Anthony played coy.

Pre-orders have now gone live in the UK, and GameStop stores will offer pre-order incentives in four waves.

The first wave starts May 2 with the offer of a limited edition, two-sided poster. PowerUp Rewards members who pre-order by June 30 will also net a Prestige Token for MW3 as well as all bonuses coming in the additional waves which are to be announced in July, August, and October, respectively.

The publisher has gone live with an official website for the game, which will release on PC, PlayStation 3 and Xbox 360 on November 13, and released two early screens: 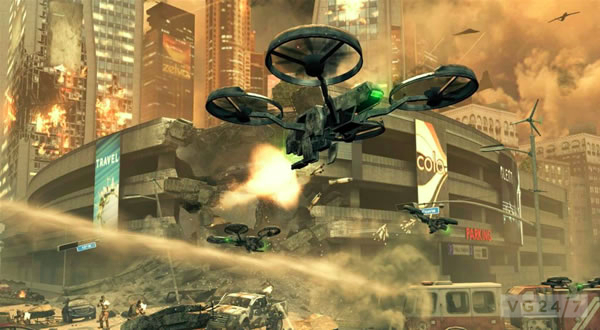 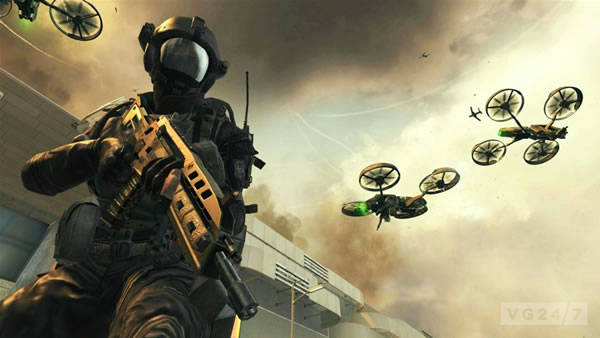 In the wake of the trailer's release, information has begun hitting in earnest. Although multiplayer is still largely under wraps, Treyarch boss Mark Lamia confirmed the game will have the biggest and best zombies mode to date. The developer hopes to support eSports, but won't commit to dedicated servers just yet.

"Lets take all this stuff we had and strip it down to its core. Let’s challenge these long held assumptions we’ve had about how systems work. Why does create a class work the way it does. Why do killstreaks work the way they do. Why is the unlock progression exactly the way its been before. Why do we have to start with what we had before?"

Vonderhaar added Black Ops 2 would have a "well-designed gameplay system" instead of refining it from past games.

"Let’s challenge the assumption we have to start from the game we had before. Figure what’s really important to the game and keeping it simple and fast and pure and clean. Let’s get rid of some baggage. Let’s just create a really well created gameplay system period; regardless of whether we had it before."

On the single-player side, the series will venture into non-linearity for the first time with Strike Force missions, allowing players to take on various roles around the battlefield and directly impact the game's plot. The game's story follows on directly from the first Black Ops, and is part of a different canon than other Call of Duty games.

Retired US marine lieutenant colonel Oliver North, who was convicted of selling weapons to Iran in the late 80s before being cleared on appeal, has been brought in as a consultant to the game. Watch him talk about his involvement in the game below.

Activision has 300 staffers on Black Ops 2 at the moment, and some of the tech Treyarch is using is shared between studios.

Treyarch has also promised (via OneofSwords) a "visual overhaul" for the game. The studio's Dan Bunting showed off an unpopulated level from Socotra Island in Yemen featuring work on HDR lighting, self-shadowing, bounce lighting and reveal mapping, a new texture technique.

PC players will be able to "take advantage" of the game if they have DirectX11-enabled hardware.

The debut of the trailer came ahead of what was expected to be an official reveal during the NBA Playoffs overnight in the US, but the identity of the game began leaking in earnest last weekend.

The reveal confirms a video last week from FPSRussia indicated the next CoD would be set in a futuristic timeline by at least 10-15 years; the original Black Ops took place within the 60s and 70s during the Vietnam War and the Cold War..

Assets from the game's website were spotted online before the website went live, showing the game's box-art, logo and the release date of November 13 (thanks, Robotix). 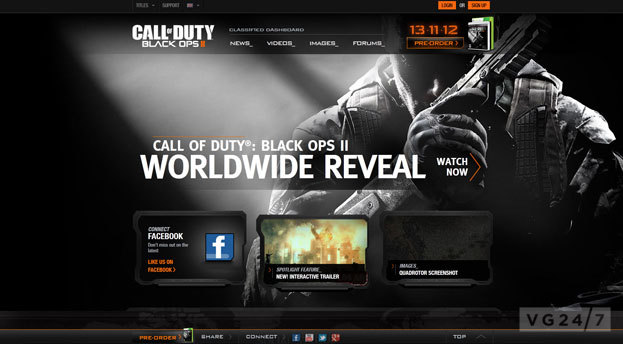 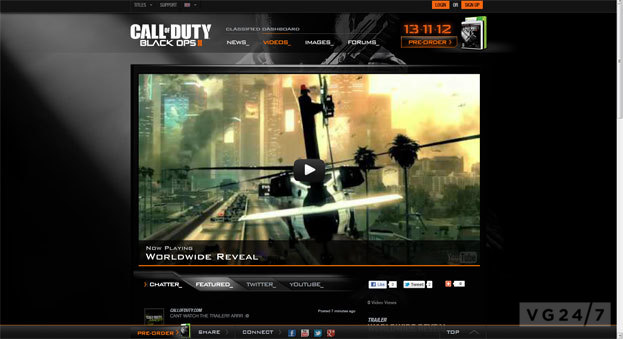 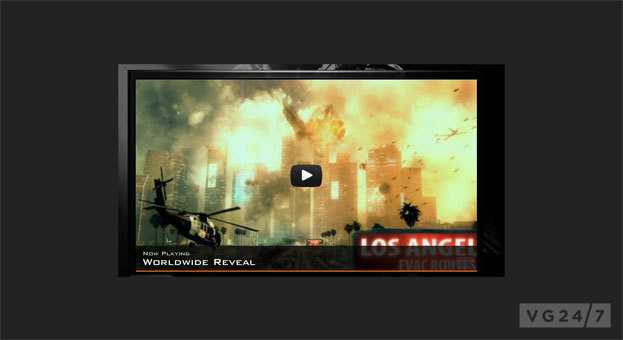