Monster Hunter World continues to grow, with the new Iceborne expansion shown and dated today. Here's a ton of new information about the upcoming expansion.

The Monster Hunter World Iceborne expansion was shown off today during Sony's State of Play presentation, but that trailer was just the tip of, what it turns out, is a pretty huge iceberg. Iceborne's development has run parallel to the updates being worked on for the base game, and during a special livestream on the Monster Hunter Twitch and YouTube channels, a whole heap of details were revealed.

Iceborne was the main focus of the stream, but we also found out that, over in the base game, the Nergigante will finally be available in its arch-tempered form on May 11 for a limited time. It will have "some new, swift attacks" and movements, which should make for a very challenging fight. Players who beat it will be able to craft a new armour set.

There's also a new Nergigante dynamic theme available on PS4 today, which looks very cool. You'll have to pay for it, though.

The Iceborne reveals were the real highlight, though. The trailer is below.

Between this and the Witcher 3 collaboration event going live, today's a big day for Monster Hunter World.

Iceborne is a massive expansion DLC (it won't get a standalone release, and you'll need the base Monster Hunter World to play it). It features a new story set after the ending of the original campaign, across the "snowy, polar stage" of the Hoarfrost Reach. The region is thick with snow for players to wade through.

The expansion will feature a new 'Master Rank', which is a step above 'High Rank'. It's similar to the 'G Rank' in previous games, and should provide an extra challenge for the most dedicated Monster Hunters.

Because Hoarfrost is so cold, players will need to find ways to stave off the cold. They can collect hot peppers and use them to make hot peppers, which can provide some relief, and there are natural hot springs throughout the environment, where they can rest, relax and warm up. There are even little monkeys that will come and hang out with you at this hot springs; in fact there are a few new harmless creatures scattered throughout the expansion, like the new Stonebill birds and the Rime Beetles, which roll up snowballs that contain slinger ammo for you to use. There are new wingdrakes too, called Cortos, which can be latched onto and used for travel.

The livestream introduced some new monsters. There's Banbaro, which featured heavily in today's trailer as well. This is a new brute wyvern that can be docile, but which also enjoys picking fights with other monsters (despite mostly living on a plant diet). Its huge horns are used for charge attacks, and while it mostly barrels at you in a straight line its horns tend to pick up whatever is in its path, so it might hurl boulders and trees at you during an attack.

The Beotodus looks like even more fun - it travels through thick snow with its horn sticking out the top like a shark's fin. It looks pretty intimidating, and to really do some damage you'll need to lure it out of the snow. It's a cool example of how the enemies are making use of the environment in this expansion.

The Nargacuga, meanwhile, is a returning beast from previous Monster Hunter games, although it has been updated for World. It's a big bat-like monster that will boast some new attacks.

The new 'flagship' monster for Iceborne is an elder dragon called Velkhana, which will use ice attacks against you. The team wants to hold back on showing off this new monster right now, but expect more information in the future. 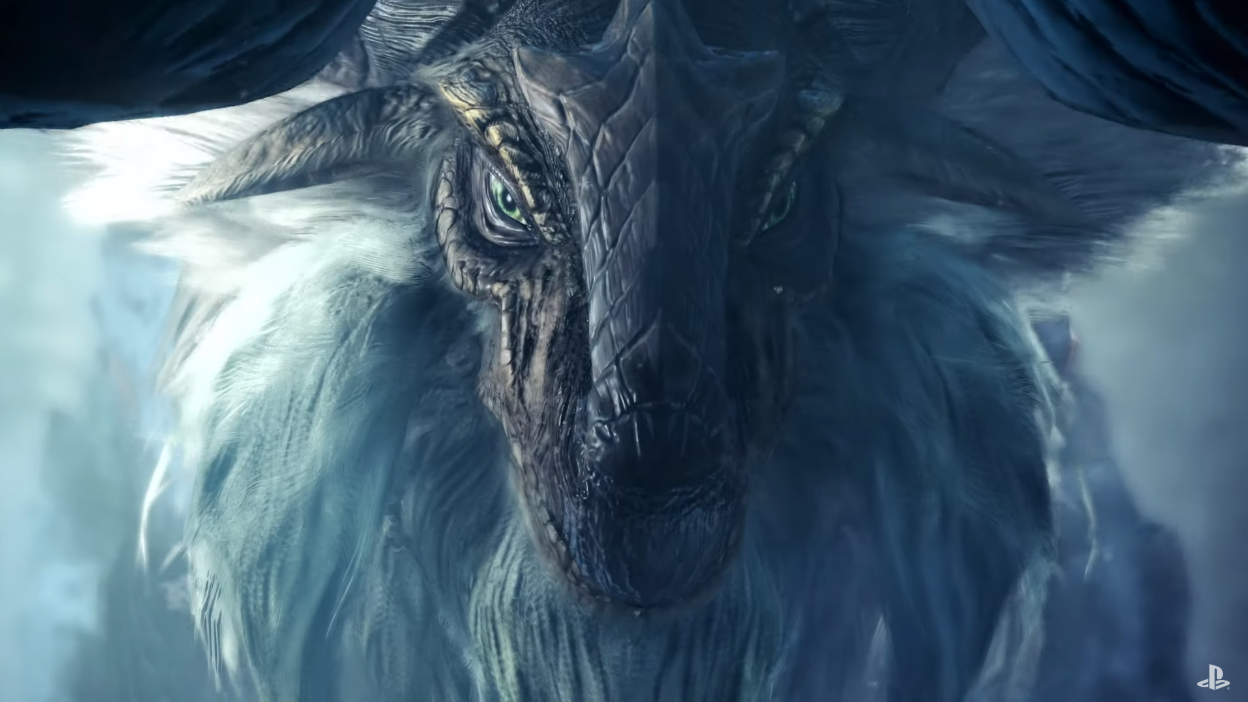 There are new hunter actions coming, too. The hunter's moveset is being greatly expanded, and one of the main focuses of this update was the way slingers can now be used while you have your weapon drawn, which will significantly increase your strategic options. The slinger will also get a Clutch Claw upgrade, allowing you to grapple onto enemies from a distance and control them directly. Another example given was the Flinch Shot, which allows you to hit a monster with all of your slinger ammo at once and send monsters in a chosen direction, potentially luring it into a trap.

There are lots of updates coming to your actions and abilities, as well as new custom mod options. One example shown off was a mod that lets you reload while evading, which looks cool and will obviously be quite useful. More updates on custom mods and abilities will come before release.

Monster Hunter: Iceborne will release worldwide for consoles on September 6, 2019. The release date for the PC version has been narrowed down to "winter" - presumably meaning between December and February, although an exact date is not set yet. The team wants to avoid the six month delay that the base game faced for its PC release, especially since it has been so successful on Steam.

For owners of the base game, you'll be able to purchase the digital version, or the Digital Deluxe edition that comes with a few bonuses, including a Silver Knight Layered Armour Set (which will be available separately). There's also the physical Master Edition, which features the full game and the expansion on a single disc. A Yukomo Series Layered Armour Set available as a preorder bonus for anyone looking to commit to Iceborne early.

The expansion is now available for preorder on Xbox One and PS4.