Every time you grab an item in Minecraft Dungeons, you have a decision to make: What are the best Enchantments to choose for my gear?

Enchantments are powerful effects which improve the abilities of your offensive and defensive items - but without experience of how each one works in-game, it can be a difficult choice to make.

We've added more Enchantments to the best list, as well as some more Powerful tier effects to the table.

Here are all of our picks for the best Enchantments, as well as a list of every single one we’ve seen so far. 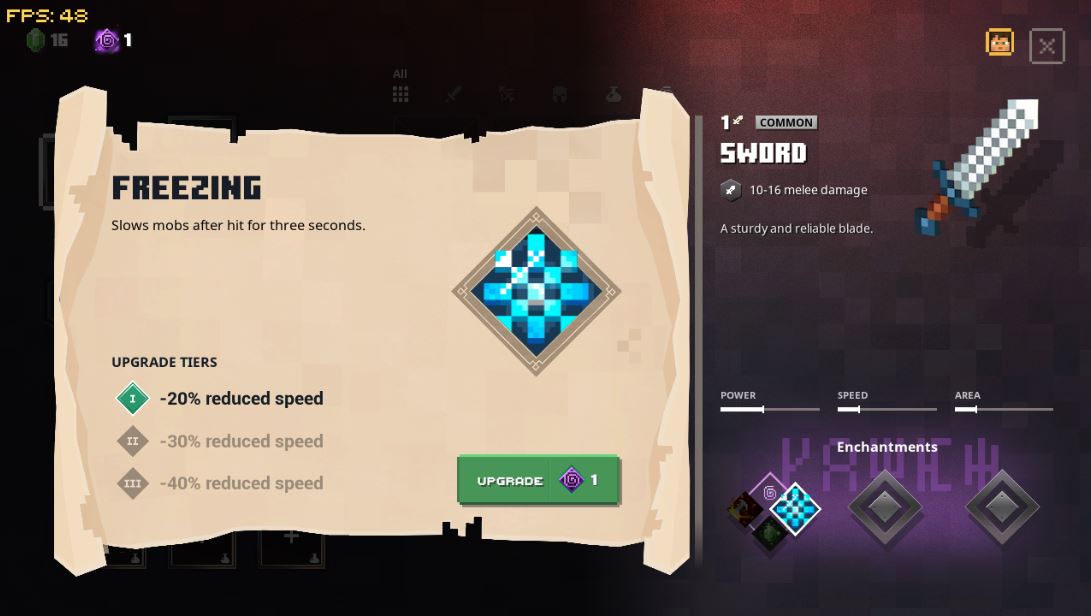 While you’re levelling up during your first playthrough, don’t worry too much about the Enchantments you pick on weapons you find. You’re only going to swap them out for something new with a higher power level anyway.

Focus on choosing Enchantments that you can reliably trigger most of the time, and that you will use the most. This will most likely be Enchantments which deal more damage to mobs, or have a high damage of doing something cool.

For help with finding the secrets and chests in Minecraft Dungeons, check out our full page.

You can’t go far wrong with dealing extra damage with every single hit you land. There are flashier Enchantments available, but when you’re levelling, this is one of the best.

If you don’t get one of these, then Smiting is also good since zombies and skeletons are so common.

Swirling is a Powerful tier Enchantment which turns the last attack in your combo into a larger, stronger hit. It’s reliable damage, and works well with small, fast weapons because it gives them a better way to deal with crowds of mobs.

If you can’t get Swirling, then Echo works similarly.

I was wrong about Radiance. I thought that a 20% chance to provide a burst of healing on hit was too unreliable, and that it wouldn't be much use - but really it's one of the strongest effects in the whole game.

With this one Enchantment, your character's capability to stay healthy and tank hits is considerably increased. This is particularly useful against bosses, large groups and tough enemies.

Anima Conduit is so powerful, and usually comes on Soul Collecting weapons. It restores a portion of your health for every Soul you collect, and pretty much every enemy you defeat will drop a Soul.

This means that you can mow through big groups of enemies without much care for how many hits you take, because you’ll just replenish your health by picking up Souls.

If you like getting up-close-and-personal with big groups, then Anima Conduit is the way to go.

In the earlier game, Leeching is similar, but not as good. 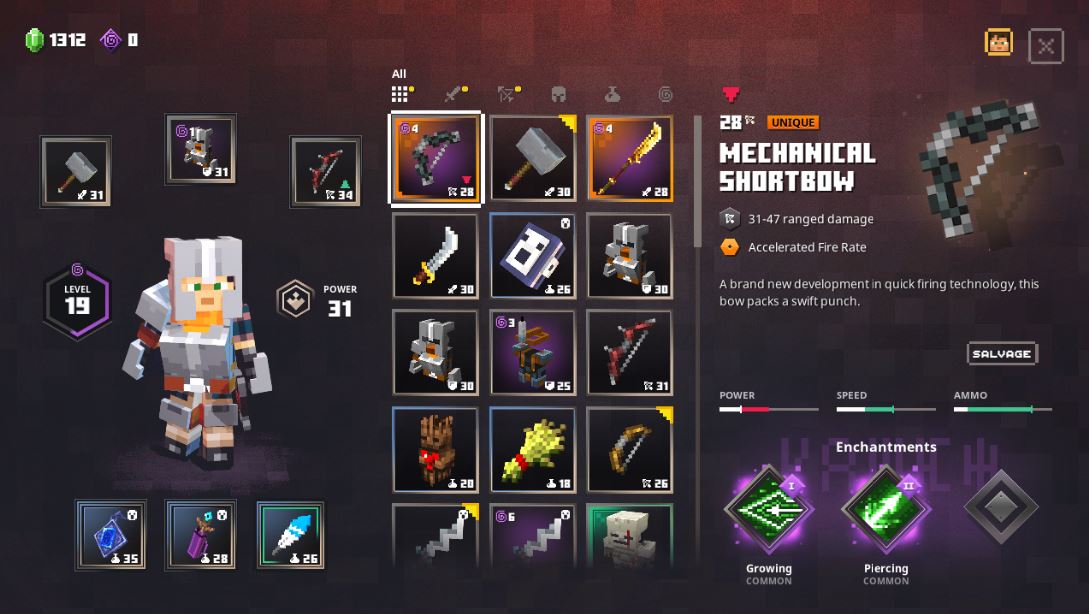 If you don’t take out a mob in one hit with ranged, then you will want to follow up as quickly as possible - especially if you’re attacking multiple mobs.

Accelerate lets you engage whole groups of enemies solely with ranged attacks, since after just a few shots you’re firing so fast.

This combos well with slower, more powerful weapons, because it negates their weakness.

Electrified makes it so your roll deals damage to groups of enemies. This is great because it allows you to reposition your character, without missing out on an attack.

It also lets you wipe out weaker mobs all at once, and helps in a variety of situations.

If you like fighting mobs with melee, then you’re going to take a lot of hits.

Thorns is a great Enchantment for evening the odds when you’re fighting big groups at close range, because it deals damage back to enemies without you having to attack them specifically. 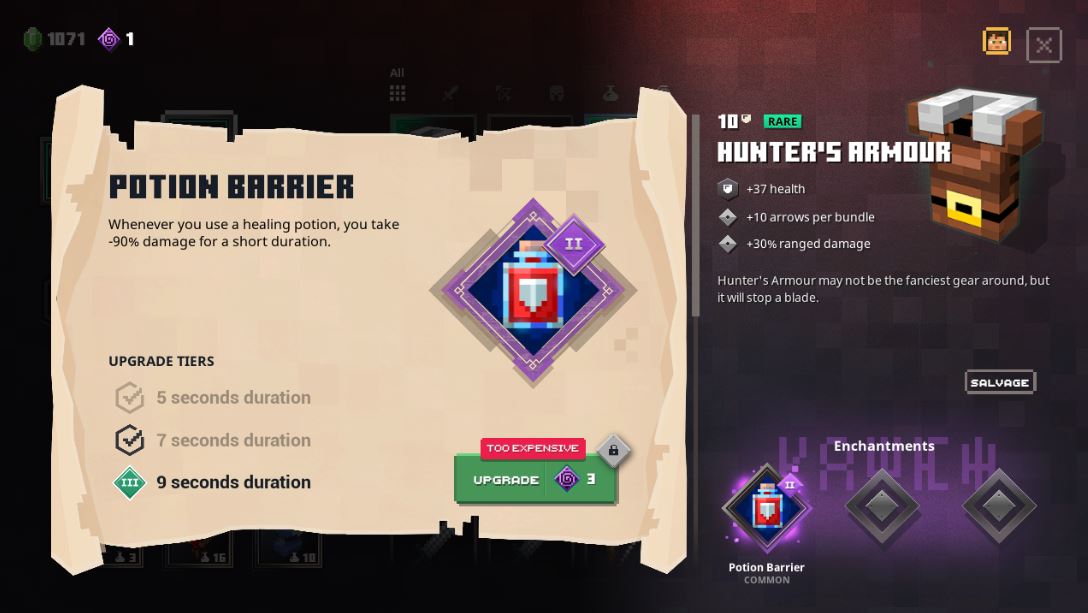 While it doesn’t look great at first, Potion Barrier reduces all incoming damage by 90% after you drink a health potion.

This is extremely powerful when you’re fighting bosses in Minecraft Dungeons. It basically gives you a ton of free hits on the strongest enemies in the game, because you can drink a potion, then just tank their attacks while you hit them over and over again.

And while Potion Barrier is incredible against bosses, the most overpowered common Enchantment in the game is easily Snowball.

It throws a stunning snowball effect at mobs, which stops them in their tracks.

Stunning mobs is already very strong. But once upgraded to trigger every second, Snowball reduces incoming hits to a laughable degree.

It lets you clean up big groups of mobs easily, and combos well with all kinds of weapons.

Which Enchantments have you enjoyed using the most so far in Minecraft Dungeons? Let us know and we’ll add them to the list.

Now you know the best Enchantments, why not check out our list of the best weapons in Minecraft Dungeons to put them on?

We also have pages on the best armor in Minecraft Dungeons, as well as the best Artifacts.