THQ Nordic has issued a statement regarding Metro Exodus PC being a timed-exclusive on the Epic Games Store.

Koch Media was the sole decision maker regarding Metro Exodus on PC being a timed-exclusive via the Epic Games Store.

This is according to THQ Nordic, which purchased Koch Media in February 2018. The purchase included distributor Koch Media including its publishing label, Deep Silver, who owns the Metro, Dead Island, Saints Row and TimeSplitters IPs.

Koch Media purchased the Metro IP during THQ's liquidation back in 2013, and since it continues to operate as its own entity, and owns the IP, THQ Nordic pretty much stays out of the way.

"The decision to publish Metro Exodus as a timed Epic Store exclusive was made entirely on Koch Media’s side as Metro is their intellectual property," said THQ Nordic. "They are a sister company of THQ Nordic (Vienna), which is the reason why we can and will not comment on this matter."

In the statement, it also touched upon future timed-exclusives, which it will not rule out in the future.

"We do not want to categorically exclude the possibility of timed exclusives for any of our games in the future," THQ continued. "But speaking in the here and now, we definitely want to have the players choose the platform of their liking and make our portfolio available to as many outlets as possible." 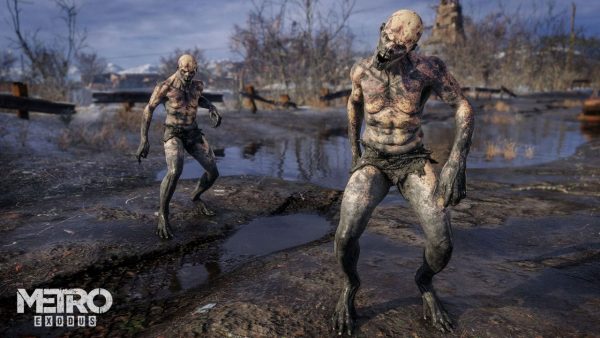 Deep Silver, which is the publisher of Metro Exodus and part of Koch Media, said the game will be made available on Steam and other store fronts when the deal with Epic ends in February 2020.

“I fully support our sub-groups’ autonomy to run their respective businesses," said Wingefors. "I believe it’s in the group’s, and ultimately the consumers’, best interest that business decisions are made close to the market and this is the group’s consistent business model."

“I firmly believe that Deep Silver and Koch Media have carefully considered the advantages and disadvantages, opportunities and risks in their decision to go solely with Epic Games Store. The decision has my full support.”

“I have noted that there is some confusion about the two different THQ Nordic entities, the parent company and the operating entity in Vienna. As already communicated to shareholders last year, the parent company will change its name to better reflect its status”.

Valve seemed blindsided by the decision, and issued its own statement on the matter yesterday.

“We think the decision to remove the game is unfair to Steam customers, especially after a long pre-sale period. We apologize to Steam customers that were expecting it to be available for sale through the February 15th release date, but we were only recently informed of the decision and given limited time to let everyone know.”

Metro: Exodus releases February 15 on PC, PS4, and Xbox One.