A welcome alternative to the other collectible card games. 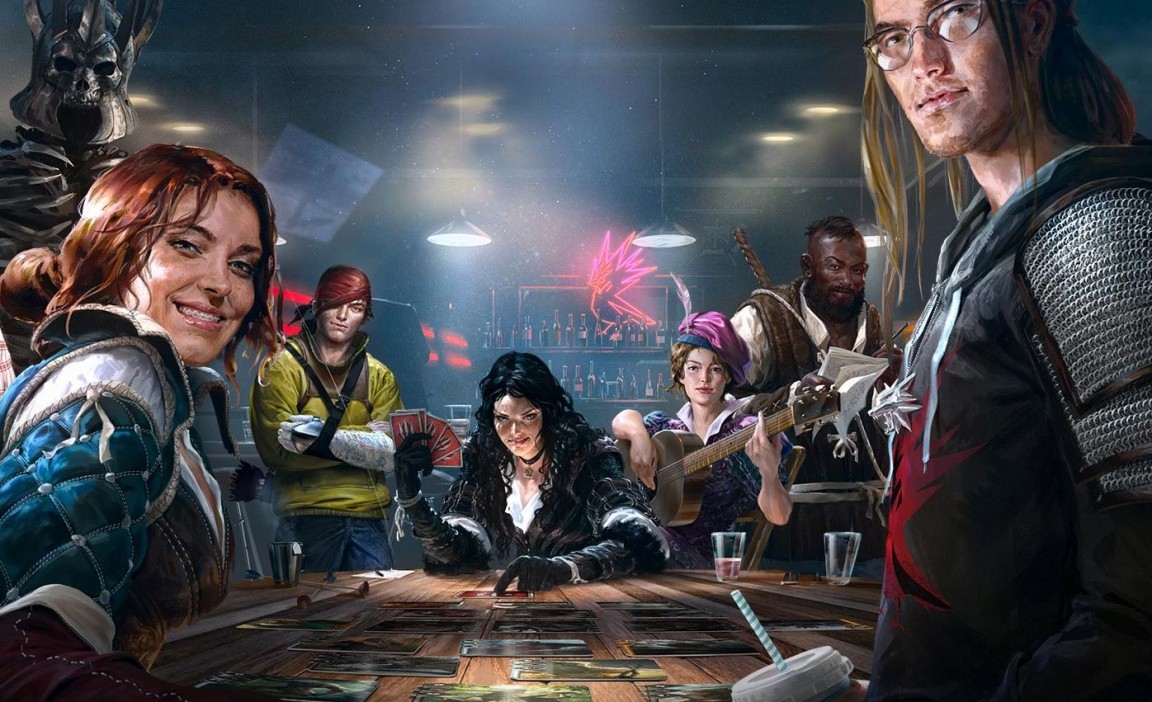 "This is Gwent as you remember it from The Witcher 3, something fans will be relieved to hear."

The Witcher 3 was a huge hit, but perhaps just as important was the success of Gwent, the card game contained within the world of Witchers and Monsters that encouraged players to take time out from monster slaying to sit in a tavern and relax a little.

With the success of The Witcher 3, it rather feels like everybody knows a Gwent addict. There's a resident one on this site, even, and I will happily admit it's the finest RPG mini-game since Final Fantasy VIII and IX's ridiculously addictive card games. It must be something about cards? It didn't take developers CD Projekt RED long to reach the conclusion that they could leverage Gwent's popularity elsewhere - and that's now led to a full, standalone game.

"It's so exciting, you have no idea how long we've been waiting to talk about it," Gwent's lead programmer Jason Slama tells me at E3 2016. He's clearly hugely excited that the team not only got to make the announcement but got to on the big stage at Microsoft's conference. The game is emblazoned across the Hotel Figueroa, even, the infamous 'E3 Hotel' where ads for the likes of Skyrim and Grand Theft Auto V have appeared. It's in bloody good company. 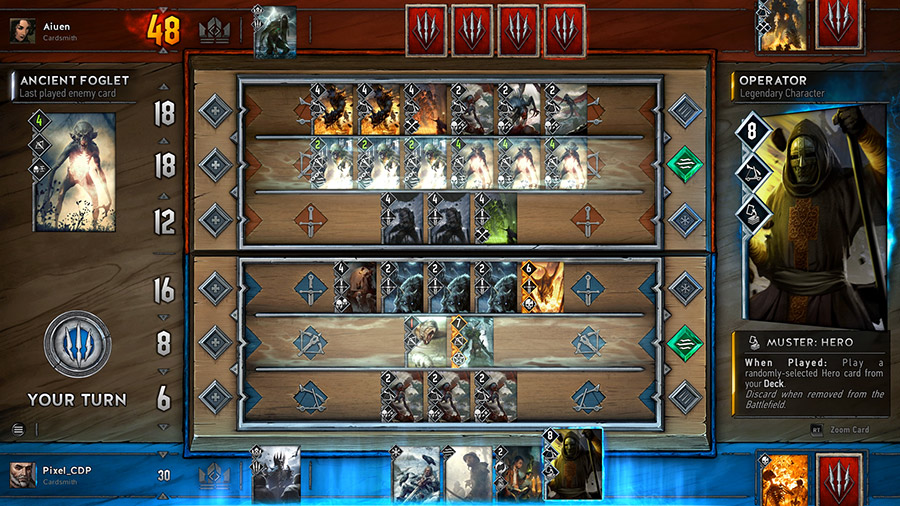 "We started soon after The Witcher 3," Slama explains when asked about the spin-off's development cycle. "So, the whole bit about us doing it for the fans, that's really not a lie, I promise you. We heard the calls, and we started working on it about a month and a half after The Witcher 3 wrapped.

If you've never played Gwent before (what are you doing?!), here's the rub: it's a card game where players simulate wars between various factions on a simple three-column game board. Players take turns in plopping cards into each of the columns, adding up an attack score that'll then determine the winner. Unlike most card games the match isn't decided by a single game, but by a best-of-three system that's reminiscent of fighting games, a mechanic that adds a significant twist to the strategy behind the game. 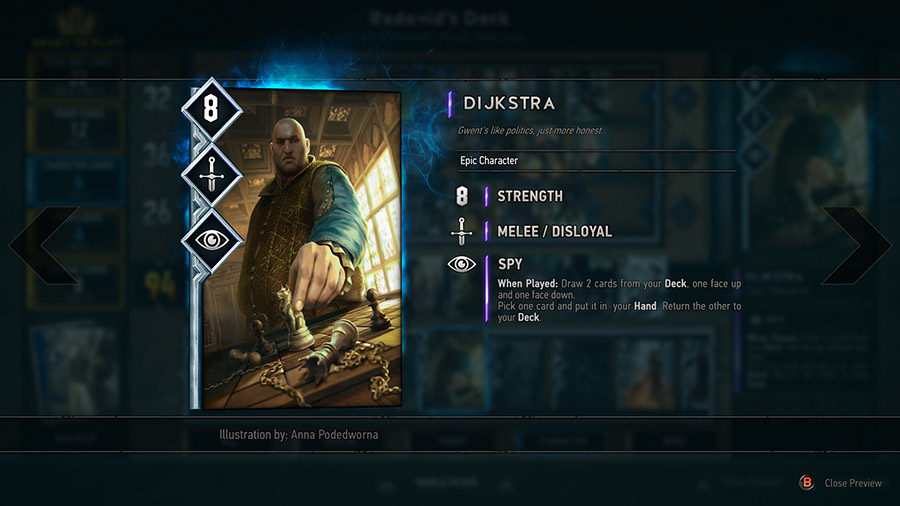 Another big change is deck-size. Where most card games have you taking in a massive deck that's then randomized to some degree, Gwent offers you only ten cards to use across all three rounds. Every card you play is a significant choice; it's gone once you've played it and thus won't be able to be used in later rounds. It's a smartly-designed game. This spin off, its full title Gwent: The Witcher Card Game, is no different in terms of how those basic rules play out. This is Gwent as you remember it from The Witcher 3, something fans will be relieved to hear.

"I'm a fan of card games in general," Slama admits with a laugh. "I've played a lot of other card games, and so I'd be lying if I said that there was no inspiration of any kind in here, but at the end of the day the reason I'm really happy to be working on Gwent and really passionate about working on Gwent is that it's actually really unique and different to all the other games out there, y'know?"

His sentiments echo my own thoughts about Gwent after playing far too many rounds of it throughout my time with The Witcher 3; Gwent is a special, smart design, and quite a different flavour to most other card games. 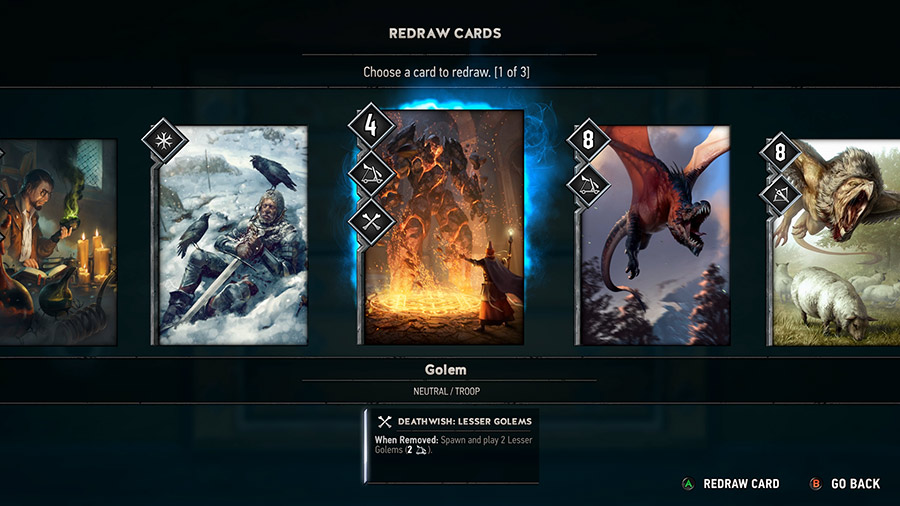 "It's not as much about what card you draw next, or if you have the mana or resources to play... instead it's literally, you have this set hand, and you really have to know when to play within the confines of this best two-out-of-three format. You can go all in on your first round, but then you're going to lose the next two, right? That's opposed to a game that's always all-in; everyone's constantly fighting and drawing cards. In this style of game there's really an opportunity for another level of deception that aren't really present in other games."

These system mechanics seem to be a natural fit with competitive multiplayer, though Slama is quick to note that a lot of work has been done in the past year to balance elements of Gwent to make it better suit a multiplayer environment. More important, he says, is that the Gwent team is willing to listen to feedback from fans once the game enters open beta - nothing is necessary off-limits from being adjusted.

"The thing about Gwent is that it works great in the single-player format because you don't have a real opponent," he explains. "We can pretty much do whatever we want, right? We can give the opponent extra stuff or whatever and the player has to deal with it. In a real multiplayer environment, we really have to start to balance things more. So there's a lot of ways we're doing that. For one, we're trying to remove the cards that were useless and give them more of a different and usable purpose. We've changed the deck-building rules, too. We've tried to build everything out so that users have a better and more multiplayer-focused experience. 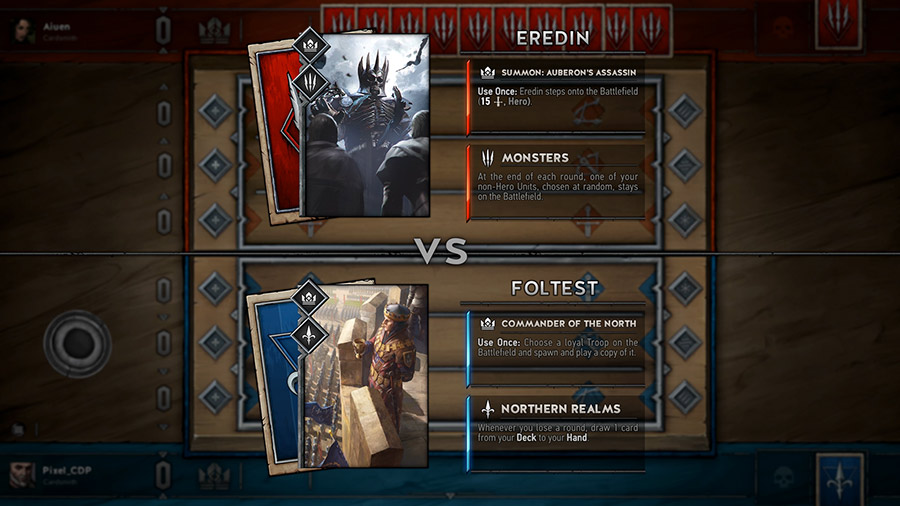 "These will be full-on stories that add up to ten-hours plus of content. It's all fully voiced, with new visuals" - Jason Slama, lead programmer

"Based on the vibe of the team that's working on the game, we're in a state where if fans tell us that something doesn't work we're going to work hard on it until it does. If our beta launches and all of our fans are telling us 'this doesn't work, this isn't fun', we're really going to keep working at it until we fix it or find something that does work."

I get to see some of the changes in a brief hands-on with the game, and I like what I see. The new UI looks more like an actual fully-fledged videogame as opposed to the sort of more simplistic UI you often find in a mini-game, and there's a sign of some collectable shinies - literally - in the form of holographic-looking cards that offer a visual flair but crucially no gameplay advantage when playing.

Each card is beautifully illustrated, though there's a good reason for that. Surprisingly, Gwent will include what Slama describes as a fully-fledged single-player campaign.

"These will be full-on stories that add up to ten-hours plus of content," he says. "It's all fully voiced, with new visuals. We're still trying to polish it right now, but we want to make sure it's really, really awesome before our fans get a chance to fully see it. We have a real passion for keeping on telling those stories, for making sure that our fans get something really memorable out of the experience."

At the core of it remains the competitive experience, however, and after my all-too-brief time with Gwent I came away with the feeling that the game will suit competitive multiplayer nicely. That CD Projekt level of quality appears visible even at this early stage, and the studio appears enthused and excited to be working on something a little more manageable than the ridiculous scope of The Witcher 3.

What chatting to Slama makes clear is it's vital to retain that CD Projekt flavour; listening to fans, ensuring a high level of polish and, yes, making a bit of fun of themselves.

"One of my personal favourite additions is the Roach card," Slama grins, referring to Geralt's trusty horse who can be called anywhere in The Witcher 3's overworld, but has an inclination to get stuck on rocks or other geometry. "The artwork is literally him on top of a house looking confused and lost.

"Roach can come from anywhere, your deck, your graveyard, but because he's Roach, he'll go into a random row. You can't predict where he'll go. You'll be wondering 'is he gonna end up stuck on the other side of that fence, or not?'" he laughs. "It's true to life."

Gwent: The Witcher Card Game will launch into a closed beta in September. You can sign up for that at PlayGwent.com.