It sounds like Fortnite's newest puppy had a ruff reception. Sorry.

Yesterday's Fortnite store refresh brought a familiar friend to the game's shelves. Too familiar, really. A backpack pup named Gunner looked awfully similar to Bonesy, a Battle-Pass cosmetic from back in Season 6.

Fans like Reddit user PhantomRacer32 weren't having it. Not only does Gunner look nearly identical to Battle Pass Bonesy, but the latter even had alternate styles that had more fanciful designs. 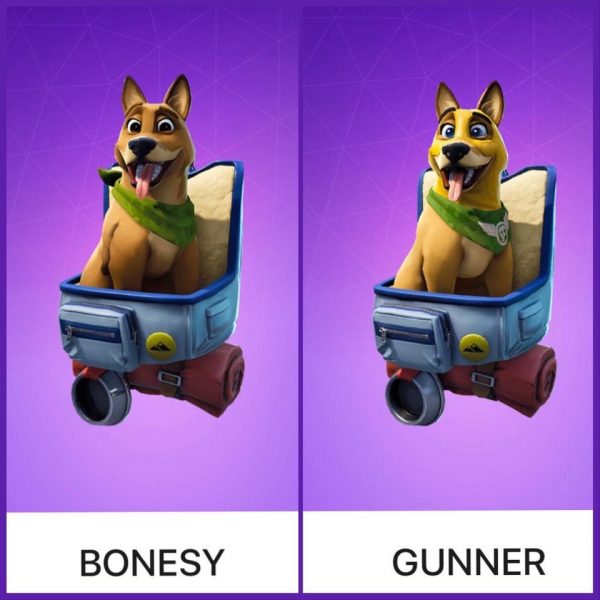 Epic has since rolled back its decision to sell the dog. Within a day, Gunner was taken back to the kennel, and the firm will be refunding players who put money down on the pup.

"We should not have released the Gunner Pet and apologise for doing so," said Epic, in a statement to Eurogamer.

"Within the next couple of days, all purchases of Gunner will be refunded for the full amount of 1000 V-bucks as well as an additional 200 V-bucks and the Pet will be removed from the Locker.

Fortnite's Battle Pass rewards gain a lot of social value out of being one-time deals. For a game that thrives off pressuring players into owning their look, repeating cosmetics threatens to bring the hierarchy tumbling down.

However, this could become a growing tension in future. We know Epic has issues with crunch, and fan pressure for a constant stream of brand new content - no exceptions - can't be helping.

Poor little pup shouldn't be in a warzone anyway.