Final Fantasy PS4 was listed by Amazon France before quickly being removed this morning. It comes ahead of Square's big 'Future of Final Fantasy' event at E3 2013 tomorrow, June 11. 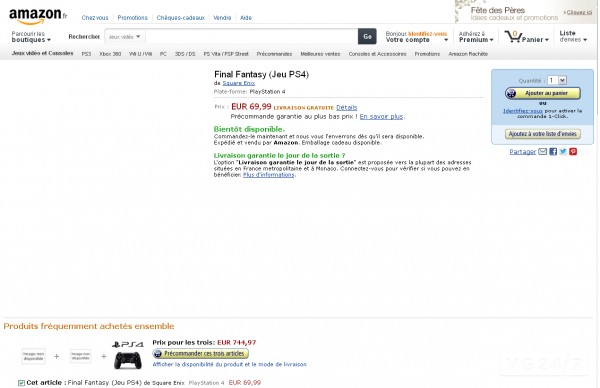 Thankfully AGB screen-grabbed the entry before it as nuked. See it full-size here.

Back in March we reported on a rumour that Final Fantasy 13 Versus had been renamed 'Final Fantasy 15' and was heading to PS4 as a Sony exclusive. Check out the report here.

What do you think? Could the listing point to Final Fantasy 15 as a PS4-exclusive launch? Let us know below.