Fable 4 will reject Albion and firearms in favour of a new, medieval-themed open world, a possible leak suggests.

A video glimpsed by a Redditor and amplified by regular leaker Nibel tells the story of a world built from the ashes of Albion and Fable 3’s Aurora. The two lands have been “reduced to fables” by a mad king, who rebuilt the Spire and wished for an asteroid to strike the planet.

Eons laters, a medieval-styled world set across new continents has sprung up in their place, and a Heroes Guild has survived behind a demon door. In fact the leak describes some very specific links to old Fable - both the prophet Theresa and Jack of Blades, the antagonist who blinded her, will apparently make appearances. 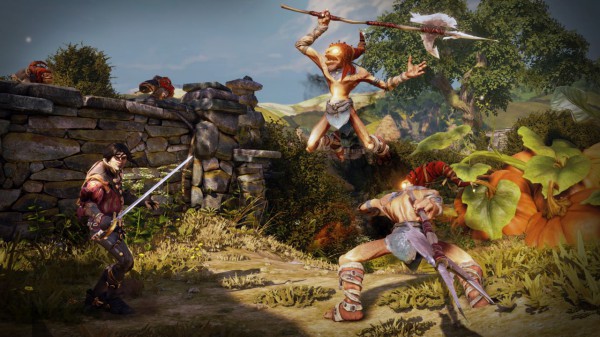 It’s claimed that your main quest will be to prevent the destruction of the planet by a second asteroid, but that it’s entirely optional - you can ignore that and explore at your own pace. The world is “completely open” and enables you to build towns, so there should be plenty to do.

Fable 4 can be played in first or third-person, heavily involves time travel, features an in-depth character creator, incorporates multiplayer, and runs in Unreal Engine. Apparently, anyway. All of the above comes with a huge ‘apparently’ disclaimer.

Rumours about Fable 4 are not new - the game is said to have been in development at Playground Games, the Microsoft studio behind Forza Horizon, and we’ve been waiting for an E3 announcement for years. Perhaps this’ll be the one. We've already seen a credible leak of a post-Brexit Watch Dogs 3 this morning, so stranger things have happened.