EVE Echoes is finally here for mobile players, so let's take a look at some top tips for getting started.

Whether you've played previous EVE titles or are taking a gander for the first time, there are a lot of mechanics to get your head around and things to be doing, so you might want to keep your phone plugged in and charging.

Getting into a new MMO game like EVE Echoes takes some patience, so we've created this beginner's guide in the hope of helping you towards a running start. We'll be covering the basics like how to earn Isk, mining basics, and how to access the map, blueprints and more.

There's a tutorial you can complete when you first begin the game and I'd strongly advise you go through it. There are several beginner's tutorials that will get you up to speed with the basics, so Eve veteran or not, spend a bit of time going through those before you jump in and wreck everything.

There are also advanced tutorials if you're ready for more of a challenge, so keep working through them.

Things to know before getting started

You should always loot ships when you destroy them, so remember to hit the loot tab after a fight. You'll be able to see a list of Encounters available from the Encounters menu if you're up for a challenge and doing this will net you a bunch of XP, which counts towards improving your Skills. Just be mindful of Systems Security, which is rated from 1.0 (safe) down to -1.0 (very dangerous).

There's a Skills menu where you can select a range of abilities, so make sure to always have one active at all times. Be sure to check out the Market for goods, and click on an items name before you buy to see its stats.

If you don't mind paying for subscriptions, you can invest in the basic Omega Clone for £4.99 a month to raise your skill training points to 35 points a minute and get access to more skills and ships - this is an Eve game, after all. 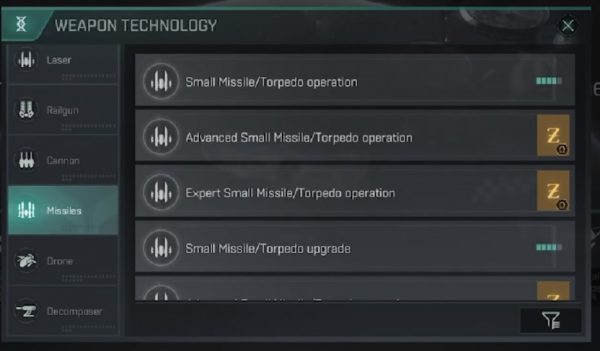 There's no point buying anything you can't use, so make sure you take into consideration your Power Capacitor. Don't buy anything you don't have the power for just yet or else you'll end up running out of power in the middle of a fight and be a sitting duck.

The other thing to look out for is those damn space pirates. You'll find them near Anomalies, so head to the smaller ones first unless you want a doin'. You'll get a bunch of Isk, which should appear in your account after you retreat to a safe area of space. 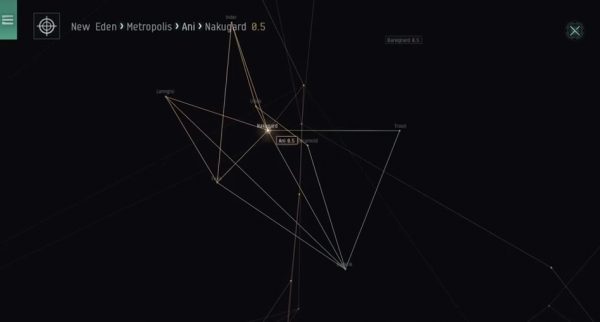 You're not going to get very far if you don't know how to access the map. Tap on your character's icon and choose the Star Charts icon to open up the map. You can then select different regions and choose where you want to go.

You can change the overlays to see the likes of space stations, trading centres and regional security levels too, so you can see what you're up against. To get going, pick a region and select it as your destination and let your pilot take you on an adventure.

You can set your autopilot to avoid certain systems if you wish, especially in the early game so you don't accidentally wander into the path of a dangerous anomaly. 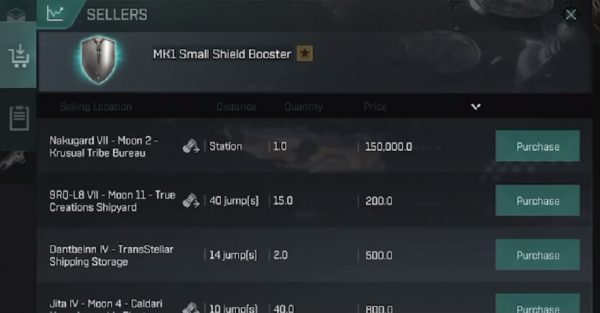 How to buy and sell items and earn Isk

In between your space battles, you'll take on the life of a trader. You'll find loads of loot after battles, but not all of it will be of use to you, so you can visit the Market to sell stuff off. Remember to head into the Skill screen and level up Trade if you haven't already, and keep improving it to et better prices.

You'll also be able to find new resources to suit your needs, so here's what you need to know: 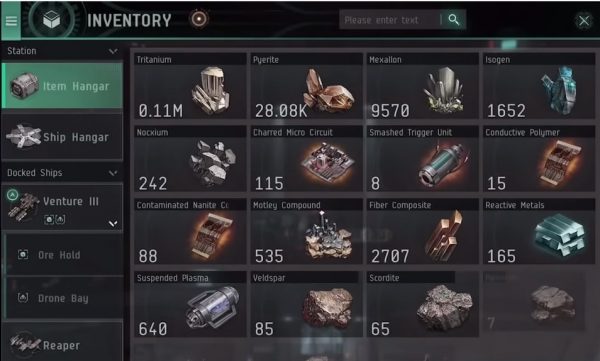 Buying is much simpler. Open the Market screen and select what you want to buy. You can buy ships, blueprints and other resources from this screen. You'll find the likes of afterburners and warp dampeners in low slows, drones in mid slots and lasers in high slots, so have a look around each tier to find what you want.

Remember to click on an item to see its stats before you buy, though, so you don't end up with a cool but ultimately useless item in your inventory.

Selling items is your main way to earn Isk, as well as gathering it from ships you've defeated in combat, finding it while exploring and mining resources.

You can get a decent mining ship from Agent Missions right at the start, so make sure to check out any mining and exploration-based missions every time you log in. You'll need a mining laser, too, so keep an eye out for one.

Adding a Drone into the mix will make your expeditions more successful, and it's worth investing in the likes of the MK5 Cloaking Device and Shield Boost when they become available. Just make sure you have enough power to run them! You'll need at least 300,000 Isk to get a really good basic mining set up, as well as a ship with a decent cargo hold. 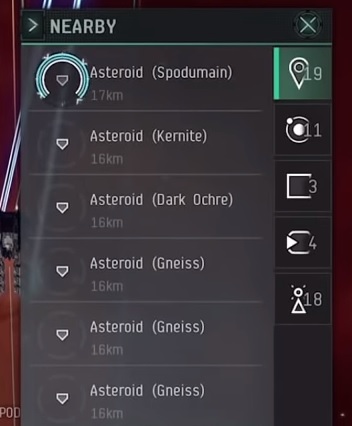 When you arrive at a location, choose an Asteroid or Asteroid Belt, then you'll be able to warp to them and see which Ores they have available. Try to find a mining spot with as few players as possible to reap better rewards, as well as finding asteroids that have a low-security rating, like Hemorphite or Pyroxeres.

Bring your ore back to your space station, deposit it and then level up in the Mining Skill whenever you can. It's also worth investing in the Common Ore Reprocessing skill so you can refine it before you sell it. Prices can vary, so if it seems rather low, just hold off until you see a good deal. 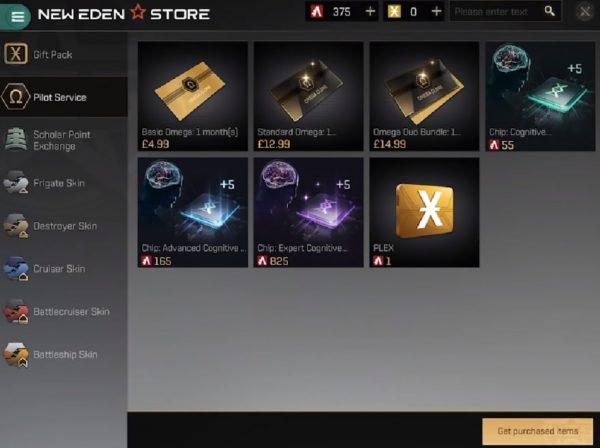 How to buy Plex

Plex is used to buy ship skins, making it a microtransaction. Head to the Market and select Pilot Service and hope that you have enough ISK to buy some - providing someone is selling Plex, as it isn't a constant.

You can also buy AUR with real-life money then use it to purchase Plex, but it's not cheap either way.

Be wary of rogue PVP traders

If you're playing Eve Echoes, you're probably aware of the amount of scamming that goes on in Eve Online, so keep your wits about you. If another player promises you they'll trade you back an item after they're finished using it, they're likely talking a heap of shit.

The first rule of any Eve game is: trust no one. If you have friends IRL who scam you, at least you know where they live and you can raid their fridge for snacks or moan about them Twitter, but don't be so trusting of strangers in-game.

If a member of your Alliance offers to help run things for you when you're busy, keep the heid and turn them down, as the individual will need access to your Google account and all the rest. It feels a bit silly to have to repeat that, but players new and old have been burned before with Eve Online, so be smart.

If you're still feeling a little bit overwhelmed, check out this video guide from Excoundrel Gaming.