Devil's Third was announced back in June 2010 under defunct publisher THQ. Valhalla Studios head and Dead or Alive creator Tomonobu Itagaki has broken radio silence to say that the violent third-person game is still in development. 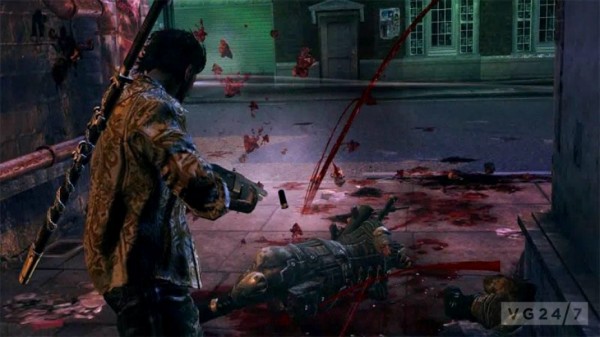 Polygon reports that Itagaki confirmed the game's status within the pages of Famitsu.

He stated, "It's going along really well. We're discussing things with publishers; we're continuing to expand on and deepen the gameplay. That's about the level we're at."

When asked why the game fell silent for so long, Itagaki replied, "That's because we haven't released any information. It's like we're continuing to go along under the surface, waiting for the right timing to launch our missiles. Besides, if we revealed where we were hiding under the surface, it wouldn't be much of a war, would it?

"The game itself is pretty well along in development. I'm building upon the context I've created up to now to provide gameplay that will really surprise people. I'm not sure there's really a game like this on consoles, and I'd like fans to know that I'm definitely building this up Itagaki-style."

Itagaki also confirmed that the game would not appear at E3 next month, so we'll have to wait a while longer for more information.

What did you make of Devil's Third at the time? Did it interest you, or was it nothing special? Let us know below.