There are only a few weeks left of Season of Dawn and more details about the mysterious Empyrean Foundation have emerged.

Finding hidden Destiny lore is one of the most exciting aspects of gameplay for many players, and it looks like there are already some details surrounding the mysterious Empyrean Foundation.

According to the latest leaks, donating Polarized Fractaline to the Empyrean Foundation will count towards restoring the Lighthouse on Mercury, where the top Trials of Osiris players got to duel it out. It also looks like Season 10 will be called Season of the Worthy, which links in nicely with the idea that the worthy - the strongest PvP Guardians - might once again get to visit the Lighthouse. 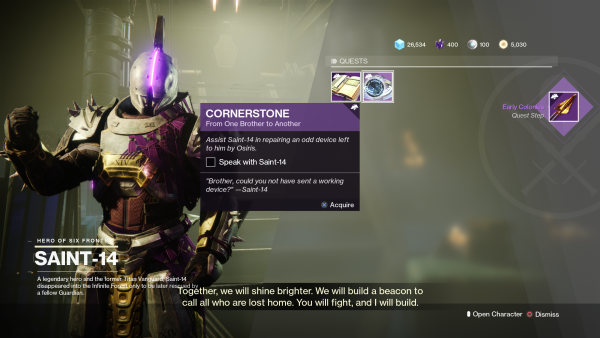 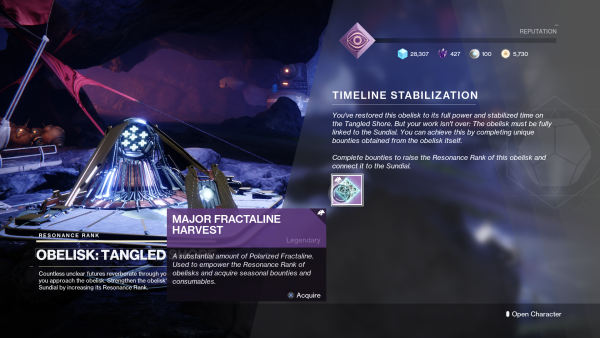 Have a chat with Saint-14 in the Tower and pick up the Bright Future quest. You'll need to do a Sundial run and defeat the latest boss, Inotam. Look for Vex pressure plates on the floor and stand on them when fighting off enemies. Once Inotam's shields are down, use your heavy weapons or Super to take her out.

Once defeated, you'll receive the Brighten the Core quest step, where you'll need to gather 30 Orbs of Light. Do a few Public Events, raid or other PvE events and use weapons that can generate orbs to fulfil this step quickly.

After that, head back to the Tower Obelisk and insert the light-infused core into it. This will let you contribute to the Empyrean Foundation, so go ahead and donate some Poralised Fractaline. You can then visit Osiris to get the Pharos Link quest step where you can earn Light-fused Fractaline.

Before you contribute any Fractaline, make sure you have a bunch of uncompleted Timelost bounties in your inventory. Each 100 Polarised Fractaline you contribute will give you 25% progress towards their completion, so depending on how much you have, you can bag yourself a few decent weapons in no time.

The Light-infused Fractaline will upgrade an Obelisk by one Resonance Rank, but it does cost 20,000 Glimmer and 10 Legendary Shards. In the Crucible menu, you'll find a new placeholder that says "Caloris Spires, Mercury: Help Saint-14 prepare for the future." This refers to the aforementioned Lighthouse, so it might be that we see a Trials of Osiris LTM in the future once the Empyrean Foundation reaches its funding goals.