Now that you've finished your first Sundial run and recovered Saint-14's Perfect Paradox shotgun, it's time to unlock the second Obelisk on Mars.

Before you can complete the Keeping Time quest, you'll need to finish the Mars: Obelisk Attunement mission. You can acquire both from Osiris, so if one doesn't appear, just exit out of the conversation and try again. You might need to move around Mercury and revisit him after a few minutes but eventually, it'll be there.

If you haven't linked the Tangled Shore Obelisk to the Sundial yet, you can check out our guide on how to do it here. 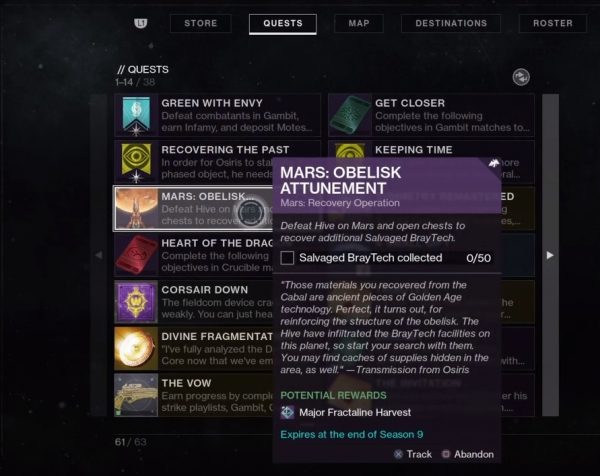 How to complete Mars: Obelisk Attunement

The first thing you need to do is collect 50 salvaged BrayTech pieces by killing Hive on Mars. The easiest way to do that is to complete a few rounds of Escalation Protocol. You can also find it by opening chests that spawn after bosses or wanted enemies are killed, or from the odd chest that's hidden away. Next, you need to collect Light by defeating enemies with your Super and abilities, as well as by collecting Orbs of Light.

Head back to the Obelisk to bank your Light and you'll link the Obelisk to the Sundial and receive a Major Fractaline Harvest. This will unlock two new weapons for the Sundial loot drop: the Martyr's Retribution Grenade Launcher and Line in the Sand Linear Fusion Rifle. 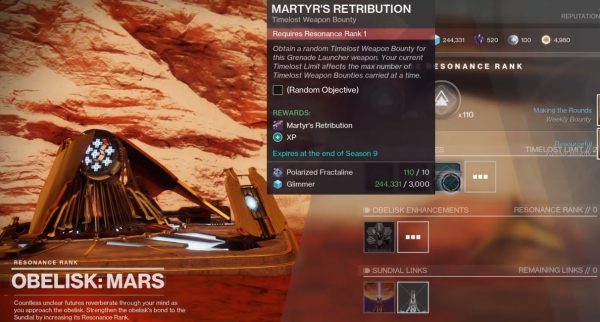 How to complete Keeping Time

Now that the Obelisk is attuned to the Sundial, you can carry on with Keeping Time. The next step is called Time Lost and Found, where you'll need to complete three Timelost Weapon Bounties, which you can pick up from the two Obelisks once you reach Resonance Rank Level 1. You'll need 3000 Glimmer and 10 Polarised Fractaline to unlock them and each Obelisk as three bounties you can pick up at different ranking levels.

You can also choose to repeat one of the Level 1 bounties twice for easiness. You can get more Polarised Fractaline from Sundial runs, the season pass and certain Obelisk enhancements.

The Tangled Shore Obelisk has Timelost Weapon Bounties for:

And the Mars Obelisk has:

There will be a time limit on these bounties and you'll need to kill the likes of Scorn or Guardians. Essentially, what you need to do is fill up a progress bar, so keep at it until you've completed three bounties. Speak to Osiris once you've done that to complete the quest and get a Major Fractaline Harvest. 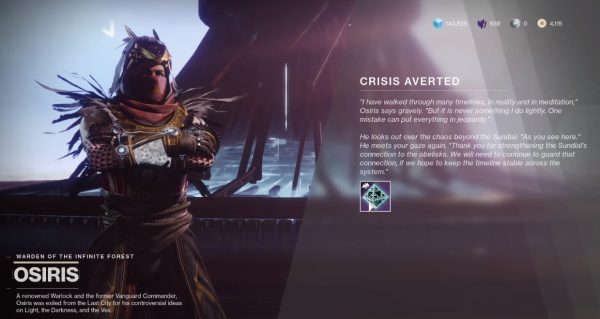 You can check out our guide on how to get the Season of Dawn Ritual Weapons here, as well as how to complete the Recovering the Past quest and get Saint-14's Perfect Paradox shotgun.