A load of new Cyberpunk 2077 details have been revealed.

In a Q&A over on Reddit with the CD Projekt Red team, more details about Cyberpunk 2077’s immense depth have come to light.

The event was held in Warsaw, Poland, and featured a great deal of CD Projekt memorabilia for anyone who’s a fan of the developer’s past games, which include the critically acclaimed The Witcher 3.

“There was a special Cyberpunk menu prepared for the event,” the Q&A explains, “with drinks and dishes referencing Cyberpunk lore, so you could eat some kibble and SCOP, while drinking a glass of Silverhand” 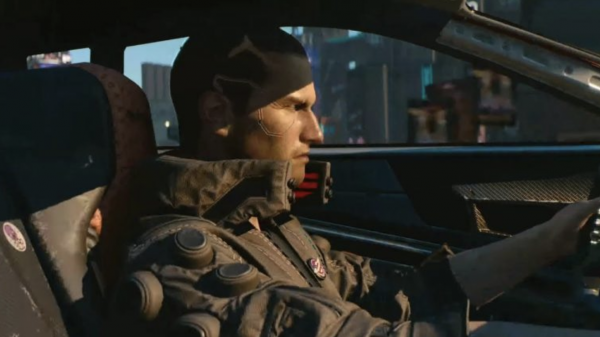 In more game specific details, the Q&A recites how CD Projekt Red is aiming to create a hugely deep game. This includes a day/night cycle that has an "organic" impact on gameplay. "During quests some places might be less or more guarded based on the time of day or in the night you may find some guards already sleeping, making it easier for you to sneak in. Some story scenes might also change depending on the time of day they are taking place in"

The crime system is also organic, fitting the seedy setting of Night City. "Police won’t intervene when they see you committing some smaller crimes, like for example beating up some random dude on the street, because they treat it as just an everyday occurence in Night City, but if they see you commiting more extreme crimes, like pulling a gun out and shooting bystanders or driving through them with your car, they will absolutely try to fry your ass"

Sidequests and main quests are also much broader. “The Witcher 3 quest structure was compared to a single line,” the Q&A continues, “with a bunch of branches sticking out of it, which sometimes go back to that single line. In Cyberpunk 2077 those branches grow more branches, which then often tie around each other.” This means that sidequests can reportedly evolve into other sidequests, which also impact the quests around them to a much greater extent than in The Witcher 3. “Thanks to all those branches it will be hard to find one playthrough, which will be exactly the same”

There is also the option to continue playing after the main story has been completed. The Q&A reports how CD Projekt Red has “found a really cool way to do it, but it’s something for the players to see”

The full Q&A recital is really interesting and can be viewed here.