Cyberpunk 2077 is still a little way from its November release date, and CD Projekt RED is still grinding out improvements to areas of the game - particularly in melee.

It's fair to say that melee was one of the weaker links of the game back when we played the first four hours of Cyberpunk 2077 back in June. We described it as a "simple but fun", and reminiscent of the combat in The Elder Scrolls games, which is fine - but when compared to the very legitimately shooter-like blasting in the game, it felt a little on the weak side.

The good news? CD Projekt RED knows it, and the studio is focusing on tweaks and changes to melee right now, as told to VG247 by senior gameplay designer Pawel Kapala in an exclusive new interview focused on both melee and gunplay combat.

"We’re still a couple of months before release, and I’m actually right now working on melee. We’re spending a lot of time trying to perfect that, and we basically, we’re not 100 percent happy, mostly with visual feedback on the hits, on the melee," Kapala said. "So, we’re still working on it."

"I’m happy to say that, even right now, it’s much better than it was. And it’s going to get even better. And we acknowledge that this is something that we need to perfect, basically. But as you said, melee in a first-person game is extremely difficult, from the get-go. So, it wasn’t an easy task, since we basically come from a pedigree of creating third-person perspective games. It was also a big part of our development to actually figure out, how do you do melee in a first-person perspective? We’re working on it."

As for melee's viability throughout the game? Well, it's very real, if you enjoy how it feels. When we ask if it's possible to do an entirely melee-focused play-through of Cyberpunk 2077, Kapala tells us that it is theoretically possible - but it probably won't work, as it'd be very, very difficult. 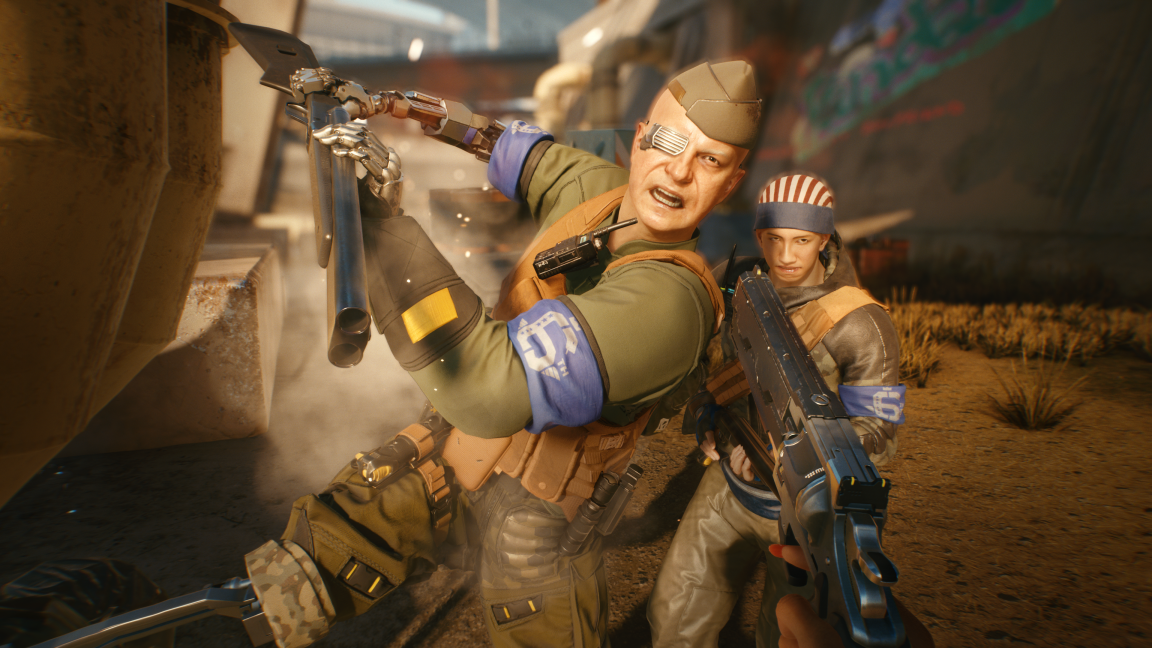 "We put a lot of emphasis on the fact that enemies in our game exist in the game world. And if you take out a katana, and the encounter, for example, has two snipers, they will not oblige you. They will still shoot at you with their sniper rifles," Kapala explains.

"So, you need to basically think about your approach. Yes, it’s technically possible to run around everywhere with a katana. However, if you see a helicopter, would you charge at it with a knife? I don’t think so. It might not be a very good strategy."