The Minecraft experience has been around for over a decade now, so now's as good a time as any to dive into the best Minecraft mods in 2022.

Players young and old have ventured into the randomly generated lands for one reason or another. Some want to simply play along the adventure of rags to riches, ending with a fight against the Ender dragon. Others want to create.

No matter your reasons for playing, you may find some aspects a bit lacking, or perhaps have run out of things to do. This is where mods come in. Mods can greatly change and affect your Minecraft experience and generally, if there’s something you want to see in Minecraft, there’s probably a mod for it.

How to install Minecraft Mods

Before you install your mods, you must check that the content not only comes from a legitimate source, but also that it is compatible with your version of Minecraft. It’s easy to find out which version of Minecraft you’re running, as it’s found in the bottom corner of the home screen.

Most mods will come with instructions on how to install them from where you download them, but programs and websites such as MultiMC and Technicpack.net can help keep track of each mod and install them correctly. 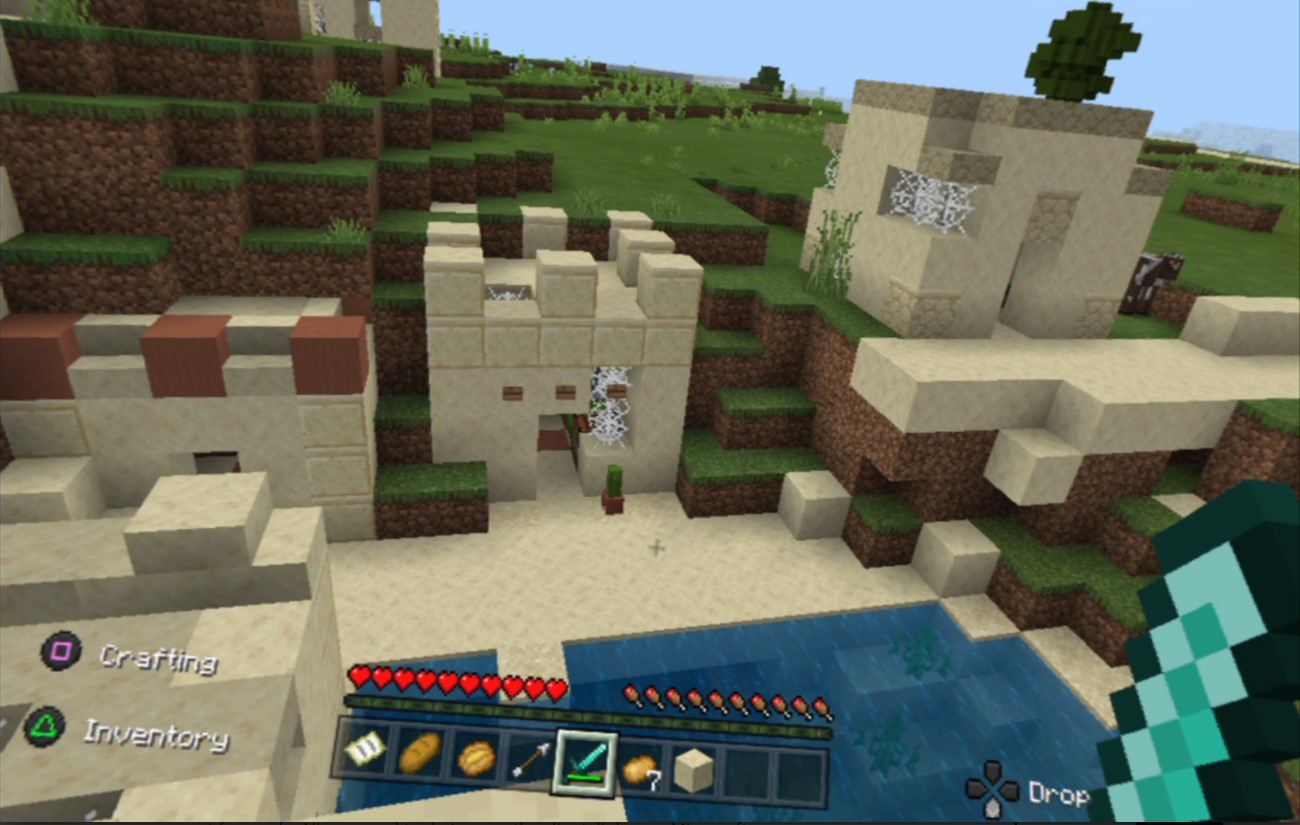 In recent months, the CurseForge desktop app has continually improved their support for mods. All you need to do is open the client, link your Minecraft game, choose the mod you want to install, and it will do the job for you.

The difference between a mod and a mod pack is simple, but worth noting.

A mod generally changes or modifies one aspect of Minecraft. While a mod pack tends to be a bundle of many mods collected together, and often these have been combined as they add more to the experience and generally run alongside each other without trouble.

This is also worth keeping in mind as a mod pack will take up much more memory and HDD space compared to a mod on its own.

JourneyMap is a great mod for players wary of getting lost in the wilds. Once installed, this mod tracks your movements in real-time, mapping out every intricacy of your world.

Viewable as a mini-map, in full-screen or even via a browser, JourneyMap allows you to place markers and waypoints so you don’t lose that desert temple or woodland mansion. It even shows mobs approaching you and where animals may be found close by. 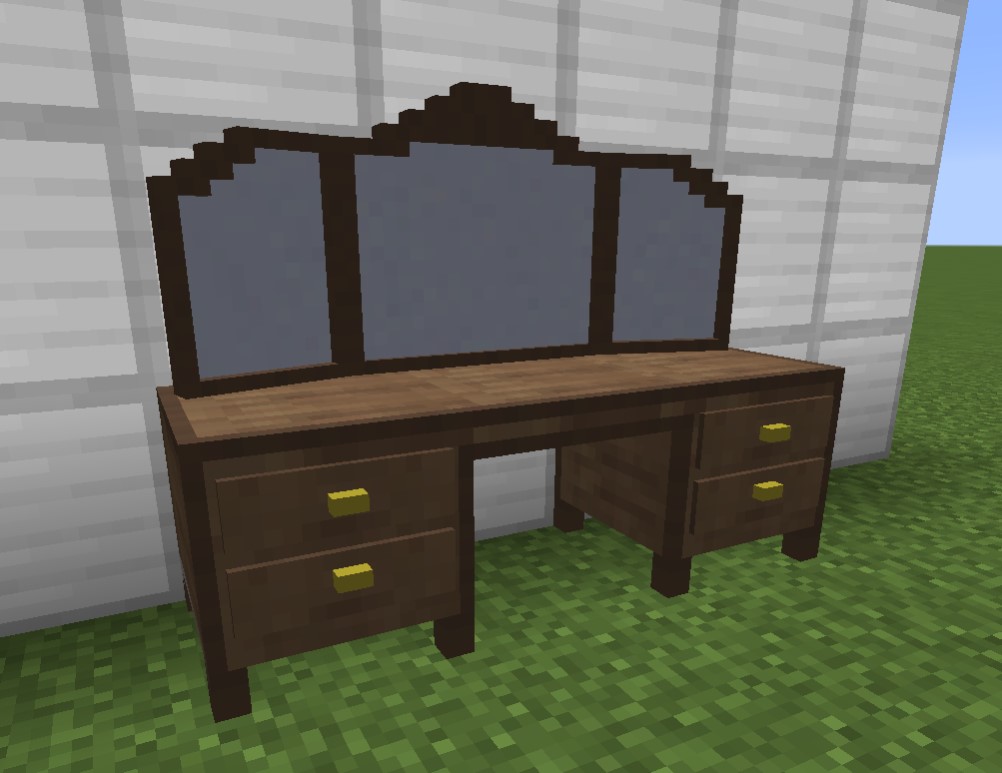 For practically every player, one of the best bits of Minecraft is expanding and decorating your house. Whether you prefer a tiny cottage or a vast castle, you may find the furniture options in vanilla Minecraft lacking. Decocraft helps to change that, by giving you a Decobench to craft lots of great furniture.

If you want a fancy dining room, there are tables, chairs and even silverware and plates. Want a decent bathroom? Then Decocraft can hook you up with a shower, bath and toilet. There’s even a Decowand which you can wave at your furniture if you just want to change the colour.

Everyone has seen the standard voxel-shaped animals of Minecraft. Sheep, cows and pigs roam about while chickens flap their useless wings and get eaten by foxes. Animania expands this menagerie several times over by adding lots of other feathered or furred creatures.

The mod also expands on what is found in the base game, by offering different breeds of the basic animals. There are eight breeds of cow! Perfect for budding Minecraft farmers, Animania allows you to craft mud, salt lick, troughs and even pig slop, to feed your cute animals and it’s expanding all the time. And if you feel that the sea is a bit empty, you can add in Aquaculture 2, to mod in over 30 new species of aquatic friends. 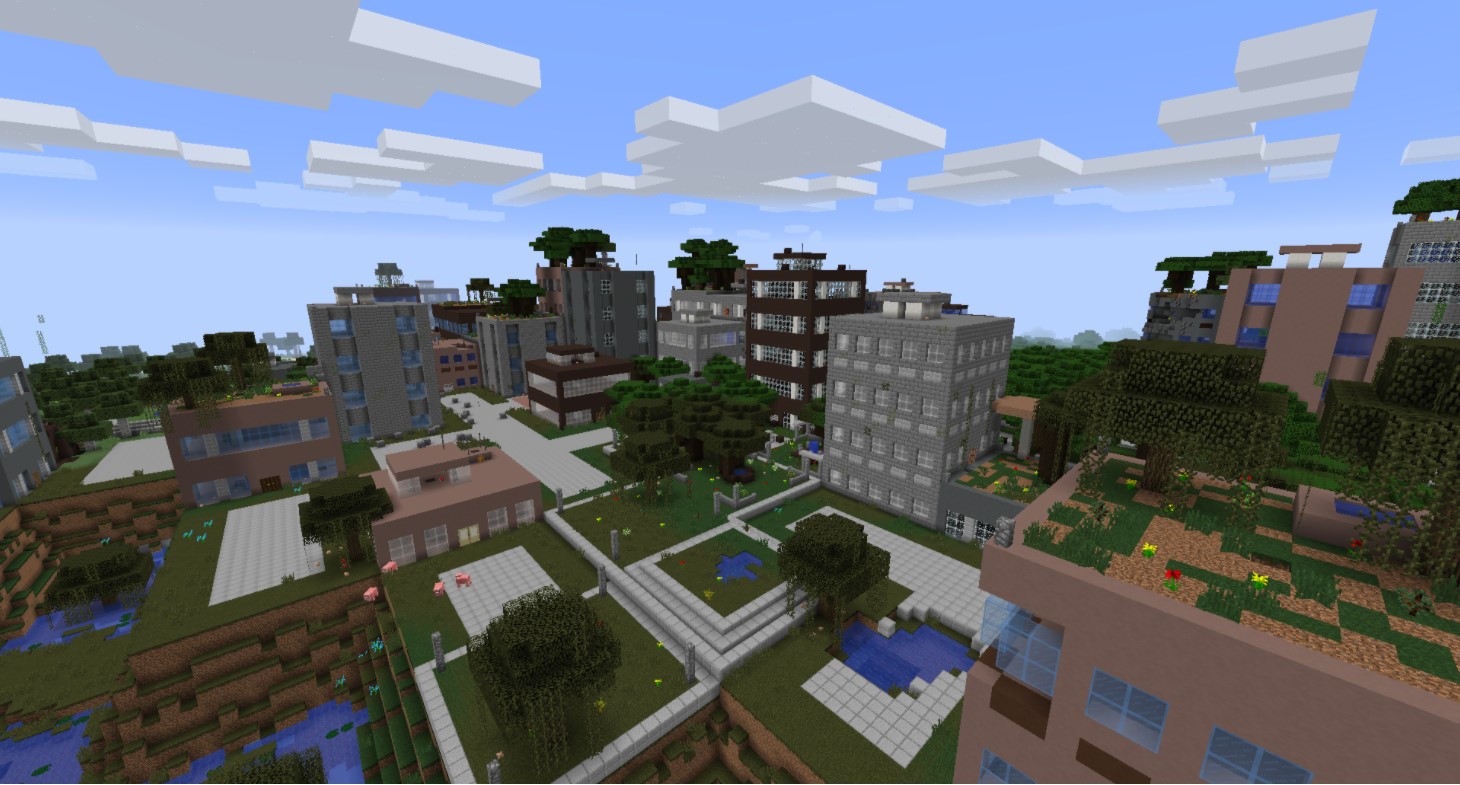 Ever looked at the apocalyptic wastes in shows such as The Walking Dead and thought ‘I want to explore that’? The Lost Cities is just the mod pack for you.

Instead of spawning you in the empty expanses of the usual biomes, you’ll be deposited into a seemingly never-ending city of abandoned skyscrapers, office blocks and subway tunnels. Mobs spawn under bridges, in concrete car park vistas and deserted streets. Perfect for those wanting to Role Play or just see more suburban vision of Minecraft.

RLCraft has been around for a while now, helping players get an even more hardcore version of Minecraft. If you want a truly hardcore experience, RLCraft won’t let you rest. You will die, A Lot. Minecraft dabbles in survival aspects, but this mod turns that up to eleven.

It’s not just hunger you must monitor, but also thirst and temperature, too. Enemies are ramped up and many can instakill you if you’re not prepared. It’s incredibly rewarding, and all new mobs, items and areas will make you a better player. 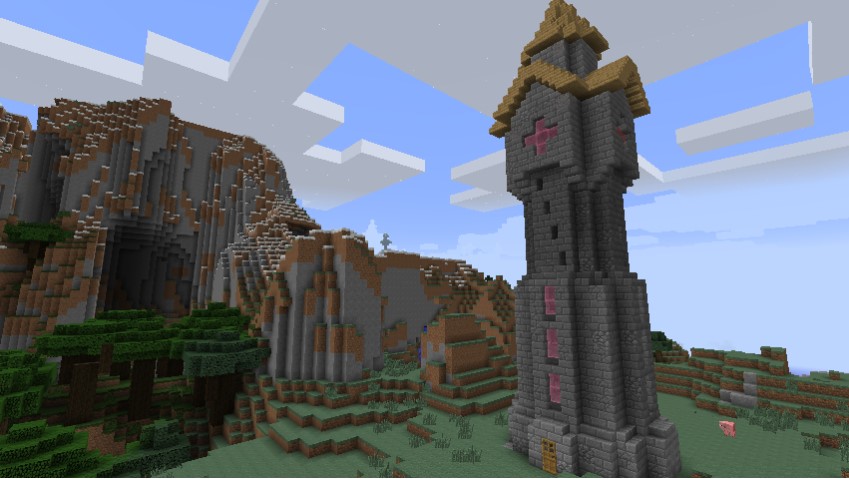 They had us at ‘dragons’. Sometimes vanilla Minecraft doesn’t feel fantastical enough. Everything builds up to the Ender dragon and then it’s just… dead.

Roguelike Adventures and Dragons, or RAD, attempts to pit the player against a whole host of dangerous dungeons, filled with monsters, loot and as the title suggests, dragons. RAD overhauls much of Minecraft, adding in wizard spells, airships, proper RPG levelling, new currencies and several new and dangerous dimensions to conquer.

Minecraft doesn’t really feature a linear storyline or progression tree. It’s very much done at the pacing of the player and lends itself to freeform exploration. Minecraft also doesn’t let users reach for the stars. That’s where Galacticraft lends a helping hand.

Starting with feet firmly on the ground, you’re tasked with exploring space, after following along a light but guiding touch. You’ll craft rockets, nuclear reactors and robotic contraptions which will enable exploration on other planets, where you can act like mankind generally does and pillage everything you find!

Sky Blocks are all the rage. They have been for a while. The idea is pretty simple – you start on a small block in the sky, hundreds of metres above the ground, and must survive by moving from place to place. Precariously.

SkyFactory 4 offers a huge number of different worlds to explore, technology to learn and ways to die. Aside from falling to your death, that is. There’s a handy progression chart which tries to keep you on the straight and narrow, but living on a sky block is all about the challenge of deciding how you will live, survive and explore.

Like Minecraft? Like Pokemon? Why not download the Minecraft Pixelmon mod and play them both at the same time? This mod fills Minecraft’s world with Pokemon to capture, while other online players become rival trainers to defeat.

As well as filling the world with ‘Mon, it also features a full battle system where you flick through menus so you can take down and capture any Pokemon you see. You can download the Technicpack Pixelmon modpack at that link.

Another mod that completely changes Minecraft, this one is all about surviving against savage hordes of zombies. It’s a multiplayer survival game that gives you guns, scopes, swords, crafting, and tactical vests.

It also features a DayZ-style inventory system. There’s a large list of servers to choose from, so download the modpack version at Technicpacks and get stuck in.

Aether 2: Genesis of the Void 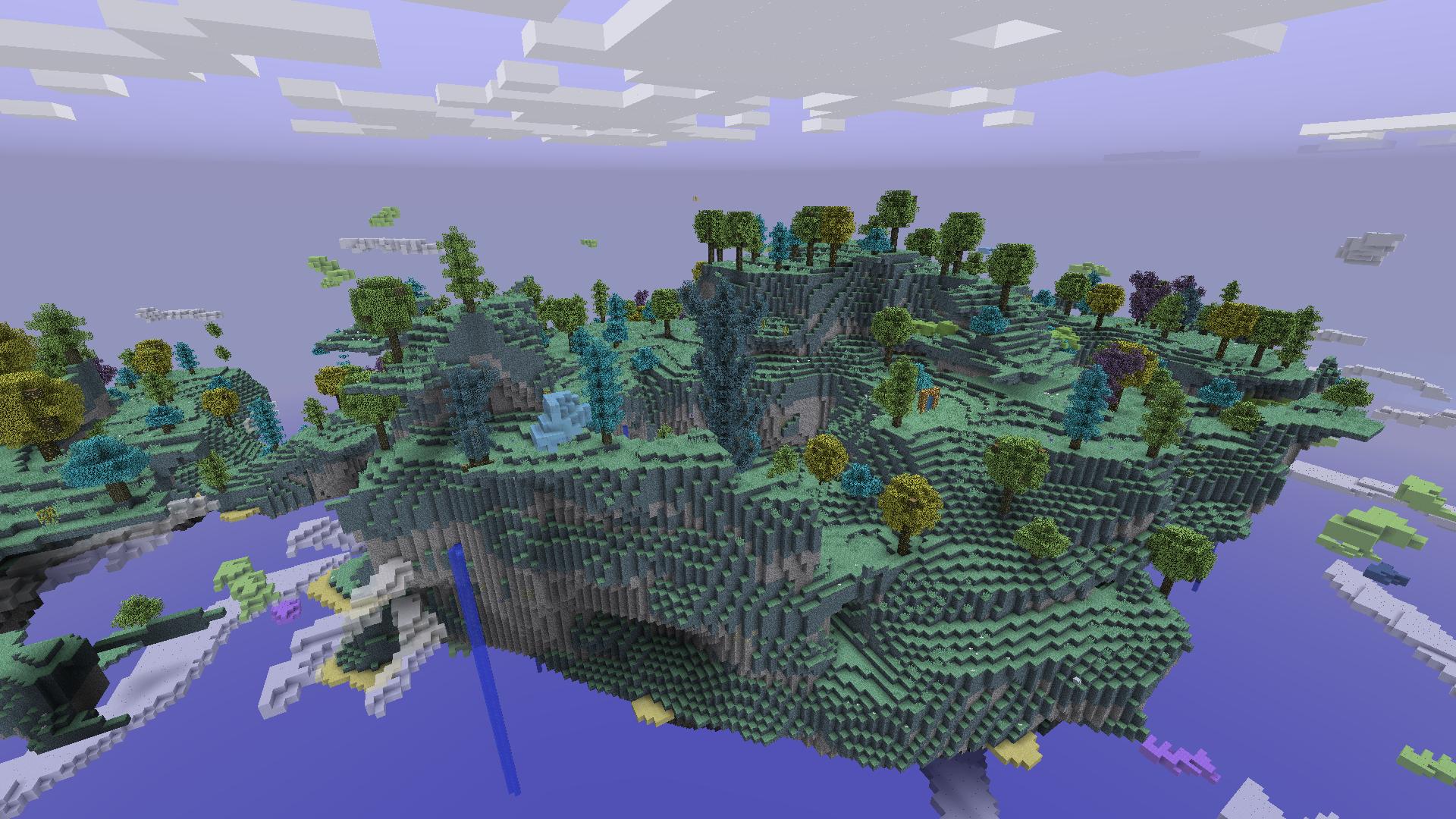 If you’re looking for a new experience within Minecraft that doesn’t totally alter the game, The Aether is a good start. This mod gives you access to a portal that takes you away to a realm above the clouds - it’s essentially Heaven to The Nether’s Hell.

There’s new stuff to mine - such as Ambrosium and Gravitite - new dungeons to crawl, new armour to wear, and other secrets to be uncovered. You can download the latest version of the mod on the Minecraft forum.

As the name suggests, this mod adds a bunch of new mobs to Minecraft, turning it into your very own safari. There are lions, camels, deer, elephants, lizards, and even a wooly mammoth. Why a wooly mammoth? To go with those new cavemen, of course. Download it at MinecraftMods.

What is missing from Minecraft? Space, of course. The Advanced Rocketry Minecraft mod fixes this silly oversight, allowing you to build and pilot your own rockets and explore into space. You can research and explore planets and moons, and even travel between solar systems with a warp drive. Build your own space stations and look down on these blocky planets from above. Download on the Minecraft forums.