Get your complete walkthrough of Battlefield 4's sixth mission below, including all dog tags and assignments. 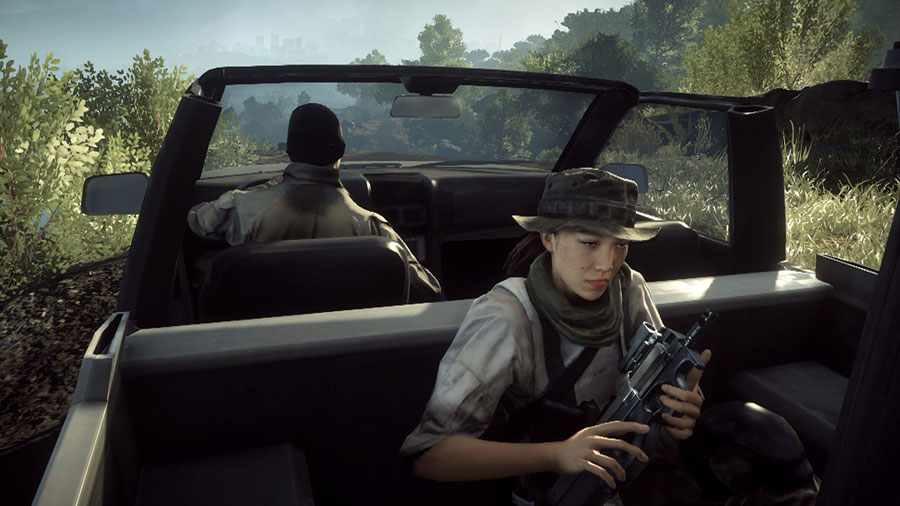 The mission begins with Irish, Hannah and yourself driving. Irish doesn't seem too pleased with the vehicle choice. Hannah offers to drive but Irish isn't interested. Even so, it seems the two of them are starting to warm up to one another. You meet up with some Marines and learn that your way back to the Valkyrie lies in the hands of a Major Greenland who is one click to the east.

After you take control head through the door and stop by the Weapon Crate. There's a Gadget Stash close by. Grab some C4 and the M2 SLAM mines. There's a building a few meters to the north west of the Gadget Stash, go around the left side of it and lay the M2 SLAM mines in the water. Once you're done, use the ramp to get to the second story of the building. There's a lone soldier patrolling on top of a building to the north east and a BMP scouring the area. Wait until the BMP is to your left and then pick off the solider. The BMP will come after you but should be destroyed by the mines. Your objective is through the large archway in front of you. Use the building as cover and take out any opposition as you move forward. As you approach the gate there is a 9K22 Tunguska-M Mobile AA nearby, hop in and go through the gate.

On the other side of the gate is another BMP. Take it down using the Mobile AA. The combat here is very similar to the previous area. Use the target marking system to call out enemy opposition to your squad. Try to thin the enemy numbers with a sniper rifle and pick off the stragglers as you go. Same as before, you're headed straight forward towards the large archway.

When you head through the archway refill your ammunition at the Weapon Crate. Go quickly and then retreat. Stay just inside the archway and to the right. Use the hill as cover and pick off the enemy soldiers from a distance. Be careful, they will rush you. Once you get the all clear from Irish, follow him and Hannah to the tunnel entrance.

When you emerge from the tunnel mark targets for your Tombstone brothers and sisters to begin the engagement. There's a Weapon Crate close by, use it if you need to. Stick to the right and fight your way forward using the houses for cover. There's a large structure to the north. Work your way there and use the stairs to reach the top floor. There's a T-90A Main Battle Tank below you. Use the conveniently placed RPGs to take it down. When the tank is down drop off the side of the building and kill any of the remaining foot mobiles.

Your objective is to the north west, just across the bridge. You'll face mild resistance. Once you're clear run across the bridge and meet Major Greenland who tells you there's no way to fly out. The Russians have the area locked down with their anti-air defenses. Being the heroes that they are, Tombstone agrees to neutralize the threat in exchange for a ride back to the Valkyrie. 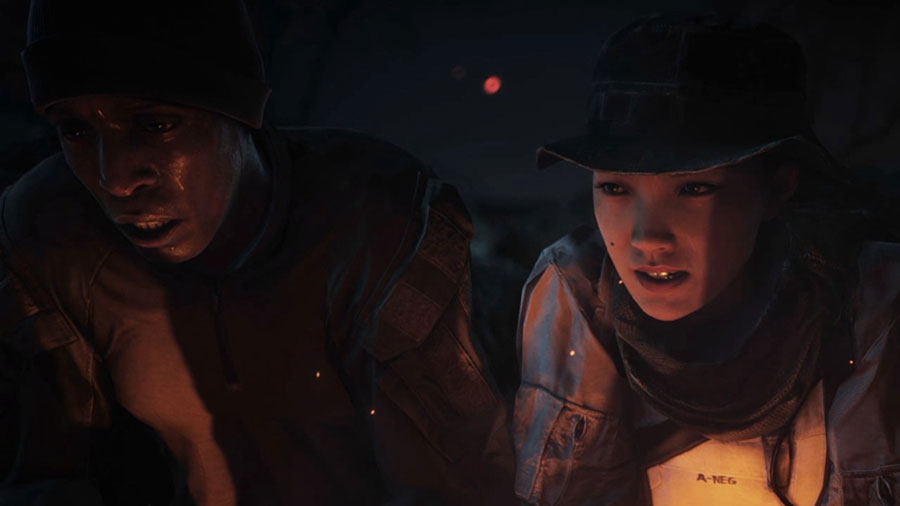 After catching a bit of shut eye you regain control of Recker. There's a couple guards in a lookout post up ahead. Sneak up and score an easy headshot to kick of the engagement. Don't forget to customize your load out with the Weapon Crate. Your objective is down below so use the cover of the cliffs and eliminate all the threats using the tactical advantage of your elevated position. Once you're satisfied the coast is clear, head down. Your progression will of course trigger another wave of Russian opposition so keep on shooting and moving towards your objective to the north. When enemy numbers start to fade a helicopter will engage you. Look for the two story trailer just past the bridge. There's an RPG on the top floor. Head up there, wait for a clear shot and knock the helicopter out of the sky.

The only way to move on is up the stairs on the left hand side. Head up but don't stay on the catwalks. As soon as you can, jump down and head up the ramp which is also on the left. You're soon faced with some more enemy troops. Keep the high ground of the ramp and take them out as they scramble for cover below. As usual, grenades work really well to dig out the campers. When the final enemy is down, join Irish and Hannah in the elevator.

When you step off the elevator refill with the Weapon Crate. You need to cover Hannah as the sets the charge. The attackers come from the east through a narrow hallway. Throw grenades to thin them out and pick off the remaining foes with your weapon of choice. Once the last of them is down Hannah finishes planting the charge. Move up with your squad mates and plant the second charge yourself. As soon as you finish you're attacked from outside the dam. One well placed grenade and all your problems go away.

Exit the dam onto the scaffolding. Irish drops a hint at his extreme fear of heights. Work your way east and deal with the light opposition. Irish asks you to cover him while he plants the final charge. Use your sniper rifle to pick off the bad guys above you. Once the charge is planted, move forward in the only way you can go. There might be one or two stragglers left, take them down.

Keep moving along the scaffolding until you run out of floor. Jump across to the ladder and climb up. There's nothing to do except move forward here. When you can't go any further both Hannah and Irish tell you to detonate the charges. Do as they say and enjoy the fireworks as the damn explodes.

When you come to Hannah is boasting about how she saved Irish. He quickly hushes her up telling her to never speak of it again. Follow them to the rooftop where Major Greenland has your ride. It's not what you might expect and certainly not something that Irish is pleased with. Hannah explains that they must get back to the Valkyrie before Jin Jie falls into the hands of Admiral Chang.