Going back and playing older Battlefield games really does give you perspective.

It’s the beginning of February, and Big Video Games are thin on the ground. In the absence of a zeitgeist-ruling new triple-A release, I’ve been catching up on some of last year’s gems in between my frustrated, confused bouts with the hot 2016 release, Escape from Tarkov.

Call of Duty: Modern Warfare dominated much of my free time over the holiday break, but after completing the Battle Pass and reaching max level, there was nothing really left for me to grind. Modern Warfare, as you may recall, dear reader, never quite did it for me in the ways I’d hoped. Ground War, in particular, exhausted all of its puddle-deep potential, and I exhausted all ways in trying to make it fun. So, after enough hemming and hawing, I decided to return to my true go-to: Battlefield.

I had to start with Battlefield 5. It’s the most recent, best-looking and currently active game. I had been keeping up with the goings-on from a distance, but I never quite imagined how desperate things were. The recent TTK update turned the once lethal gunplay into mushy, loot shooter dance where a single enemy takes most of a magazine to drop. Players of course turned to the fastest-firing weapons to compensate, which all but killed variety.

The killfeed became dominated by the Type 2A, a fast-firing Medic SMG that dodged the TTK nerf. Even the recently added Pacific maps, themselves a highlight, couldn’t hold enough charm to make encounters any less boring.

Demoralised, I turned to Battlefield 4. 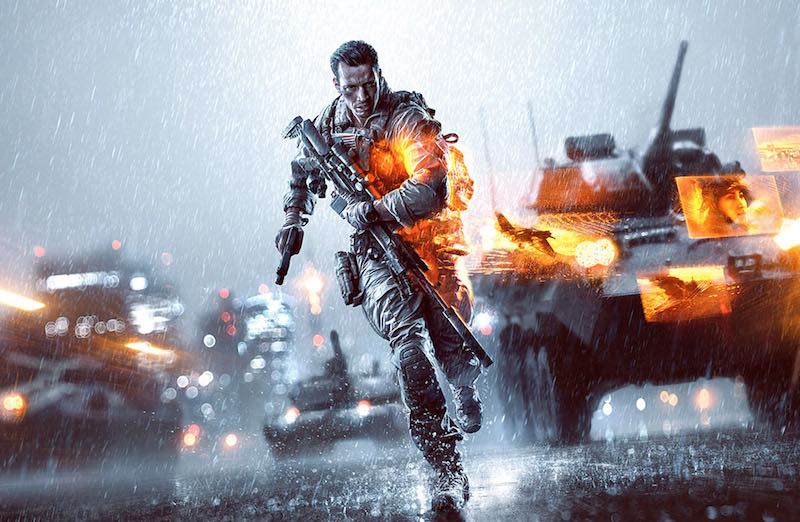 Battlefield 4 is the closest thing to a comfy t-shirt or a pair of jeans to me. You put ‘em on with little hassle, and they look good enough that you don’t feel bad about wearing them. Likewise, Battlefield 4 is exciting - if predictable - and recent enough to look and play well.

Years of patches and DLC support turned Battlefield 4 into a very competent, fun, and content-stuffed shooter. This isn’t news, of course, but it was heartening to go back and remember how well DICE closed the book on that game, which began life with a disaster of a launch.

Battlefield 4’s sheer assortment of maps, weapons, and modes ensure you always have something to look forward to, a toy to play with, or a mode you never actually played on that one DLC map. Even today, community servers are keeping a significant chunk of that content alive and in rotation. And though I’ll always dread the fast-vehicle-spawn and/or Operation Corridor 64-player, 1,000 ticket server spam, it’s hard not to be gleeful after spending a few hours in Battlefield 4’s sandbox.

I came away satisfied, enough that I decided to continue this stroll down memory lane. Battlefield 3 was next on the list. 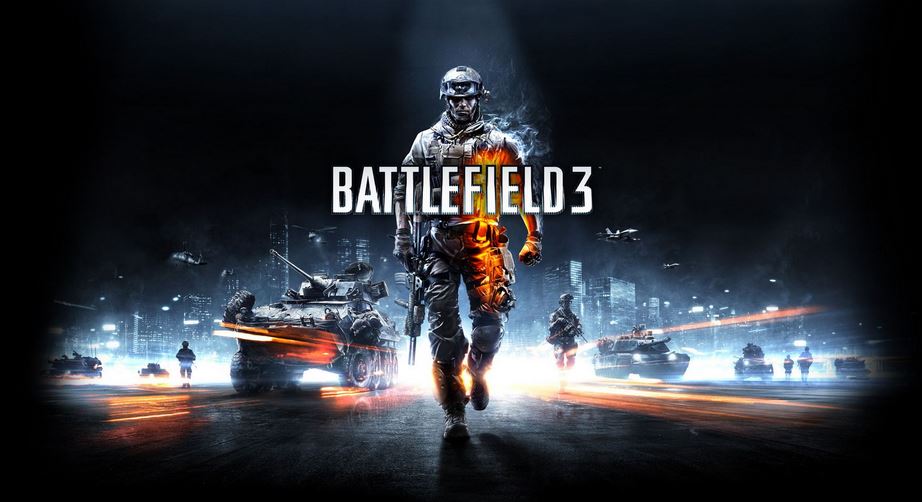 Excluding BF1, Battlefield 3 is the hardest of the post-Bad Company 2 games to return to. Part of that is expected; it’s a nine-year-old game whose individual components are inevitably less refined than its successors. Battlefield 3 may not have BF4’s breadth of content, or Battlefield 5’s destruction, but it has something neither game can claim: focus.

Battlefield 3’s different maps and modes were designed to each offer a specific experience. In retrospect, it’s exactly the sort of game DICE would have made at that point in time. An attempt to satisfy the Call of Duty crowd - back when EA was still breathlessly chasing after it - with close-quarters, meat grinder maps, as well as Battlefield’s PC veterans whose hearts collectively fluttered upon watching that Caspian Border reveal.

This dichotomy ended up working in Battlefield 3’s favour more often than it didn’t, because the different niches DICE set out to attract were all well catered to. Sure, it may forever be remembered as the game to introduce an auto-spotting minimap and the headache-inducing suppression effect, but most will forever cherish their time with Damavand Peak and Grand Bazaar Rush, Caspian Border and Seine Crossing Conquest, and the ever-popular Noshar Canals TDM. And those are only launch maps. The desire to craft distinct experiences also carried over to DLC.

Battlefield 3’s extensive catalogue is responsible for standout experiences of its own, like pretty much anything in the Aftermath expansion, the unique micro-destruction in Close Quarters, and the unprecedented scale of Armored Kill. Each of them offered unique takes on Battlefield 3’s mechanics, exploring them in ways that didn’t previously exist. Battlefield 4 may have plenty of large environments, but few can compare to Armored Kill’s. CQC maps exist there, too, but nothing creates the chaos - or innovation in micro-destruction - seen in Close Quarters. And Aftermath, well, nothing before or since could replicate that DLC’s atmosphere, creative use of terrain or level design.

Thankfully, the community has kept these pockets alive and well. If you don’t mind player counts being a bit too high for a given map, or the sometimes restrictive server rules, all of these moments can be relived at will.

Battlefield 1 infuriates me, and Bad Company 2 is hard to enjoy in 2020 (I’ve tried). Which means I needed to hop on my least-played Battlefield ever, the ill-fated Hardline. 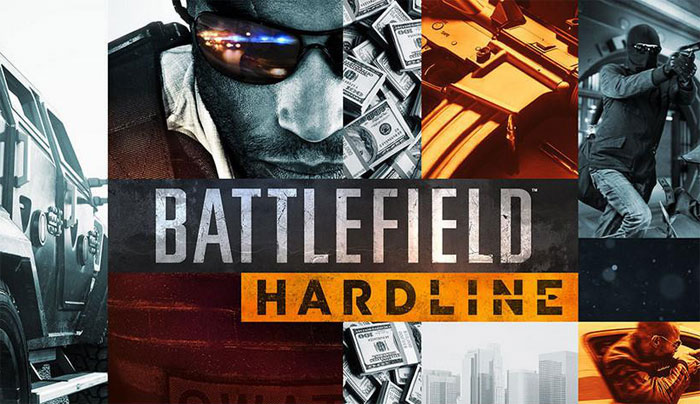 It’s no exaggeration to say that Battlefield Hardline is the most bizarre Battlefield yet. Starting with its tone-deaf police vs criminals theme, all the way to map and mode design, it never quite justified its existence. In some parts, Visceral really just made a - sometime worse, sometimes better - Battlefield 4 with a cops and robbers skin. In others, Hardline stands as a weird anomaly that’s nonetheless very keen on introducing its own ideas, if only to prove that it’s definitely, absolutely not a BF4 reskin.

Take the modes Blood Money and Heist - two of the more interesting in Hardline’s launch line-up. Both revolve around stealing or securing money, and wouldn’t exist in any other Battlefield without significant retooling. They, along with Hotwire are also entirely unique in the locations they take you to, and the gameplay they offer. From bank vaults, skyscraper rooftops, and long stretches of roads, that trio was novel then, but less so now.

Much of what made me quit at launch remains there. Visibility is very poor, and it’s accentuated by the worst spawn logic in any Battlefield game. Every time I spawned, I had to double check it didn’t place me next to a group of enemies. So many of my deaths were running past players thinking they’re my teammates. Maps may look like real-world LA homes or downtown banks, but they weren’t always fun in a shooter of that scale. Funnily enough, a few maps even share similar problems with Modern Warfare’s Ground War, with unchecked verticality and poorly thought-out layouts in Conquest.

Still, Hardline can be fun in short bursts, but I was quickly reminded of why it didn’t have a lasting impact.

This little adventure gave me some perspective: Battlefield games have often launched rough, but went on to be defined more by what they evolved into rather what they were on day one. I worry the same may not happen with Battlefield 5. Even two years on, it still feels like an in development project whose makers aren’t yet clear on a final vision. My best moments with Battlefield 5 were mostly in the alpha, beta and very early at launch.

DICE may eventually figure this out, but more than anything, I hope the game finds its own character. Because right now, I doubt anyone is excited to relive the current mess in a few months, let alone years from now.