For a while, DICE seemed only interested in making player-created moments in Battlefield more cinematic, more polished, and more trailer-worthy.

In a few different iterations that culminated with Battlefield 1, DICE slowly took player control away in pursuit of the more grandiose moments, increasing their frequency and spectacle with every new game.

Slowly but surely, this drive chipped away at the core Battlefield sandbox that was always capable of creating these moments on its own, without the need for Behemoths or Levolution (never forget!). There’s order to the chaos of Battlefield, but attempting to coat these moments with the polish of cinematic action turned them into products: contained little things that look fantastic but quickly lose their appeal.

Not everything in Battlefield has to be exciting or explosive, quiet moments are just as important as the full-on objective pushes. Over time, Battlefield has moved away from that.

After several hours with the Battlefield 5 closed alpha, I am convinced DICE is giving control over the battlefield back to players. The true player-driven madness is once again facilitated, not dictated. The difference between Battlefield 5 and its most recent prequel is stark. There’s a distinct vision to offer players more tools, more avenues of play that, when engaged with, can result in some of the best moments in any multiplayer shooter. 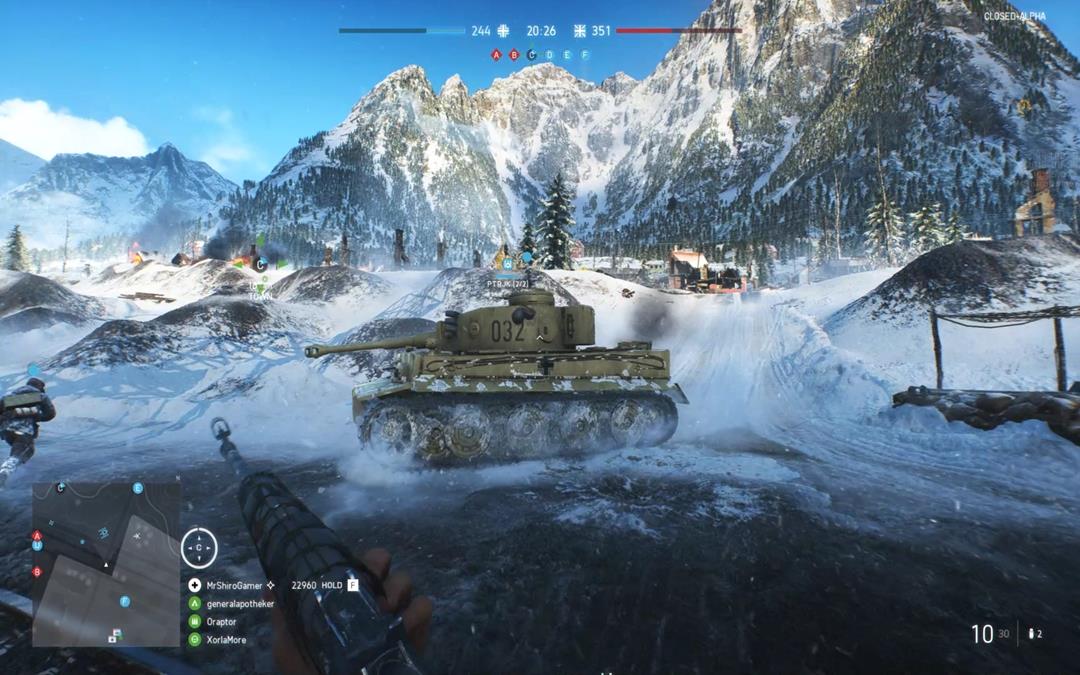 Take the new fortifications feature. Being able to dig fox holes for cover or place tank traps to shut off an entry point is not the most exciting thing you can do in the game. It’s not exactly trailer material.

But its gameplay implications are vast. It allows players to control the flow of the map in a way only seen in more realistic shooters like Squad. Having a way to undo some of the downsides inherent in the game’s destructible environment is another great example of how fortifications can be used tactically. A determined squad could effectively lock down a flag in Conquest using fortifications. Narrow alleyways can be turned into infantry kill zones with the help of a mounted machine gun.

In Grand Operations, fortifications allow defenders to have some battles on their own terms. Destroying a group of houses is much less of a concern for defenders when they can use sandbags to create new cover.

Yes, you can’t build anything anywhere, but that doesn’t take away from the immense utility the feature offers. There’s plenty of pre-approved spots on the map where fortifications can go, ensuring that a few creative players can’t ruin everyone’s fun by exploiting the system.

This is not, and should not be Fortnite. 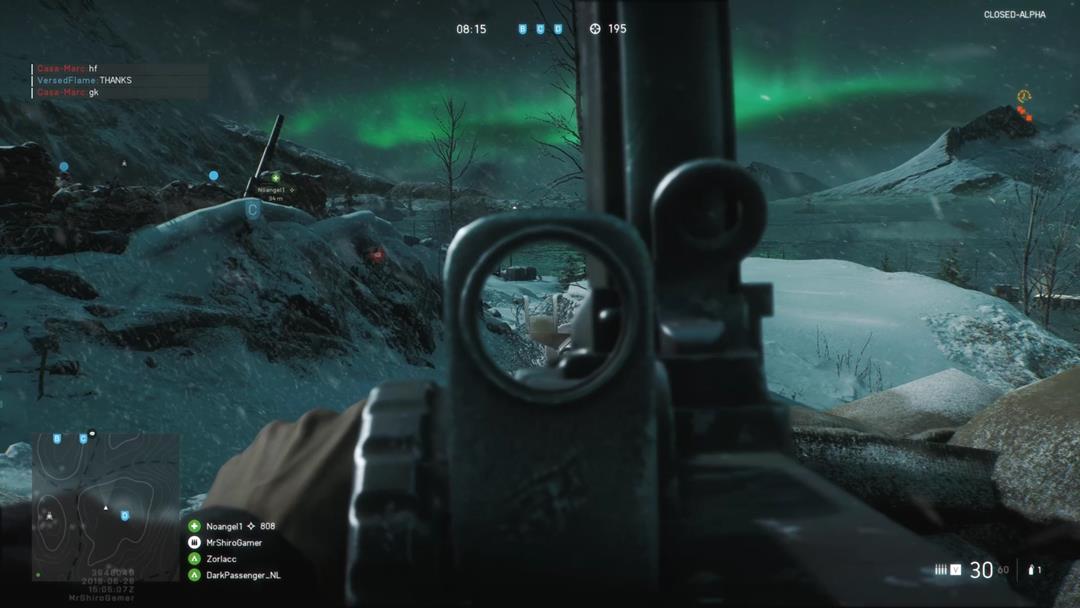 In the same way that fortifications give meaning to the world and its hot spots, the attrition systems introduce much needed pacing to firefights.

In Battlefield 5, you spawn with two magazines for your main weapon. Anyone who played a multiplayer shooter before will tell you that this is not a lot of bullets. This changes the moment-to-moment gameplay so drastically I am unsure how DICE managed to get it past the higher-ups at the studio. Having less ammo from the off forces you to conserve it. With the help of the increased weapon recoil and more aggressive bullet drop, you’re much more incentivised to stick to your main weapon’s intended range.

Being accurate with your shots will only take you so far, though, as you’ll inevitably run out of ammo. To get more, you’ll either have to pick it up off dead players, get it from a support teammate, or retreat to a supply station.

In any case, you’re forced to pause the action until you’re once again ready for a fight. Snipers can no longer camp one hill for an entire round. Even if they decide to stay close to a supply station, it’ll only make it easier for you to hunt them.

The same concept of attrition carries over to player health, which no longer fully regenerates. When you take damage, your health will regenerate back up to the closest mark. I couldn’t tell how many segments the health bar has in total, but I estimate about four or five.

Like with ammo, you’ll have to rely on help from other players to return to full health. When that’s not an option, retreating to the closest supply station is your best bet. When DICE first unveiled this change, I feared it would encourage camping the same way it does today in hardcore modes.

I wasn’t completely wrong; some players do counter these systems by just being close to a supply station at all times. But this type of player was never going to be a team player anyway, so it’s not exactly a massive surprise, or loss. If anything, it makes it easier for their opponents to track them down thanks to their frequent resupply trips. 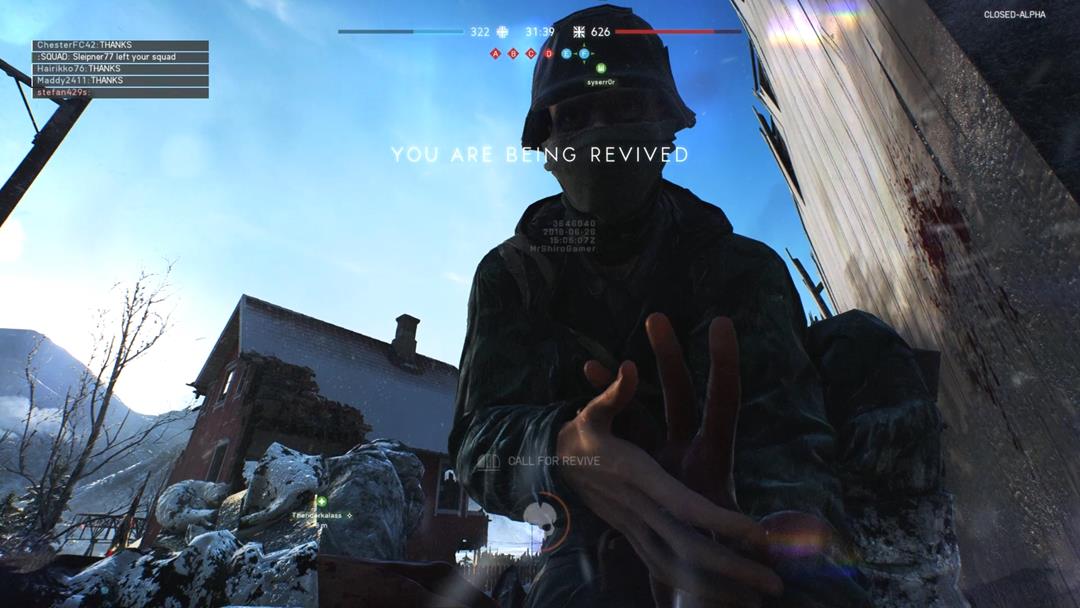 Each of these new mechanics comes with its own set of animations that are well executed. But more than their look, they contextualise what would otherwise be mundane actions. There is an undeniable sense of physicality and place you get from stacking the sandbags or picking up ammo packs off a corpse.

Revives, too, have been made more intimate because of it. The medic’s fast revive and the more prolonged squad revive both require intent, and though you can cancel them midway through, the feeling of pulling one off under fire is exhilarating.

The squad revive especially allowed me to have a personal moment with some stranger on the internet who happened to be in my squad. It was a silent encounter, but one reinforced by a simple animation of helping them up. I don’t have data to back this, but I found that squad mates are more likely to stick their head out for you if you take the time to squad-revive them.

Love it or hate it, the battle royale genre wasn’t just fun and interesting because of the mode’s unique formula, it quietly debunked a few misconceptions about what players expect from a multiplayer shooter in 2018. I go back to the PUBG analogy often because it continues to ring true.

Here’s a game, with similar sandbox aspirations to classic Battlefield – minus attack vehicles – that throws players into a big play area and gives them the tools to survive, only nudging them ever so slightly to the ultimate goal.

Conquest typically plays very differently from PUBG’s last man standing matches, but the similarities are much more common in Battlefield 5’s version. I caught myself scanning ridge lines for movement and checking windows for campers. The less accurate spotting system is a huge part of this, forcing you to examine your surroundings more closely.

I often ignored targets out of range as I pushed towards more closer ones. Leaning out from behind cover to fire a couple of shots before ducking again was a constant, and sometimes opponents would give up the fight and retreat when they realise they're out of ammo.

The forced gaps in action when you run out of ammo or have to heal are as frequent in Battlefield 5 as they are in PUBG, if not more so.

I can safely say that the success of PUBG gave DICE confidence that you don’t need to always strive for accessibility. Struggle and frustration are core parts of most PUBG rounds, and bringing them to Battlefield gives the game’s unmatched scale and mechanics room to demonstrate their true potential.

For the first time in years, DICE is finally trusting players enough to let them create their own big moments within the Battlefield sandbox. DICE is a curator of Battlefield multiplayer, and players are its authors.