My complicated feelings about Modern Warfare, or how I spent the holiday break playing a Call of Duty game I don’t even like.

My Professional Opinion on Call of Duty: Modern Warfare is well documented. I reviewed the multiplayer portion and felt it was a tacky medley of authentic, tactical-leaning design inspirations bogged down by brand expectations. Usually, this would be the end of the story.

Setting aside review requirements, a game that left me as frustrated as Modern Warfare did would have just been ignored as I moved on. That’s not to say I don’t enjoy flawed games; I played PUBG more when it was a janky, broken game than when it graduated out of Early Access. Many of the individual games and series I love are full of problems, but they remain favourites nonetheless. Whether it be innovative mechanics, ground-breaking design, a story that stuck with me – something usually has me hooked.

There were things I loved about Modern Warfare, but not enough to keep me on. So, I stopped playing - for a time.

In the days leading up to the holidays and over the break, I’ve mostly been playing Modern Warfare. I am now less than ten levels away from fully completing the Battle Pass. I finished every single mission in the hilariously broken co-op mode. I nearly maxed out my seasonal rank, and I even spent money on cosmetic items in the store. I am, in so many words, an engaged Call of Duty player. This revelation left me as surprised as you probably are reading this, so let me explain. 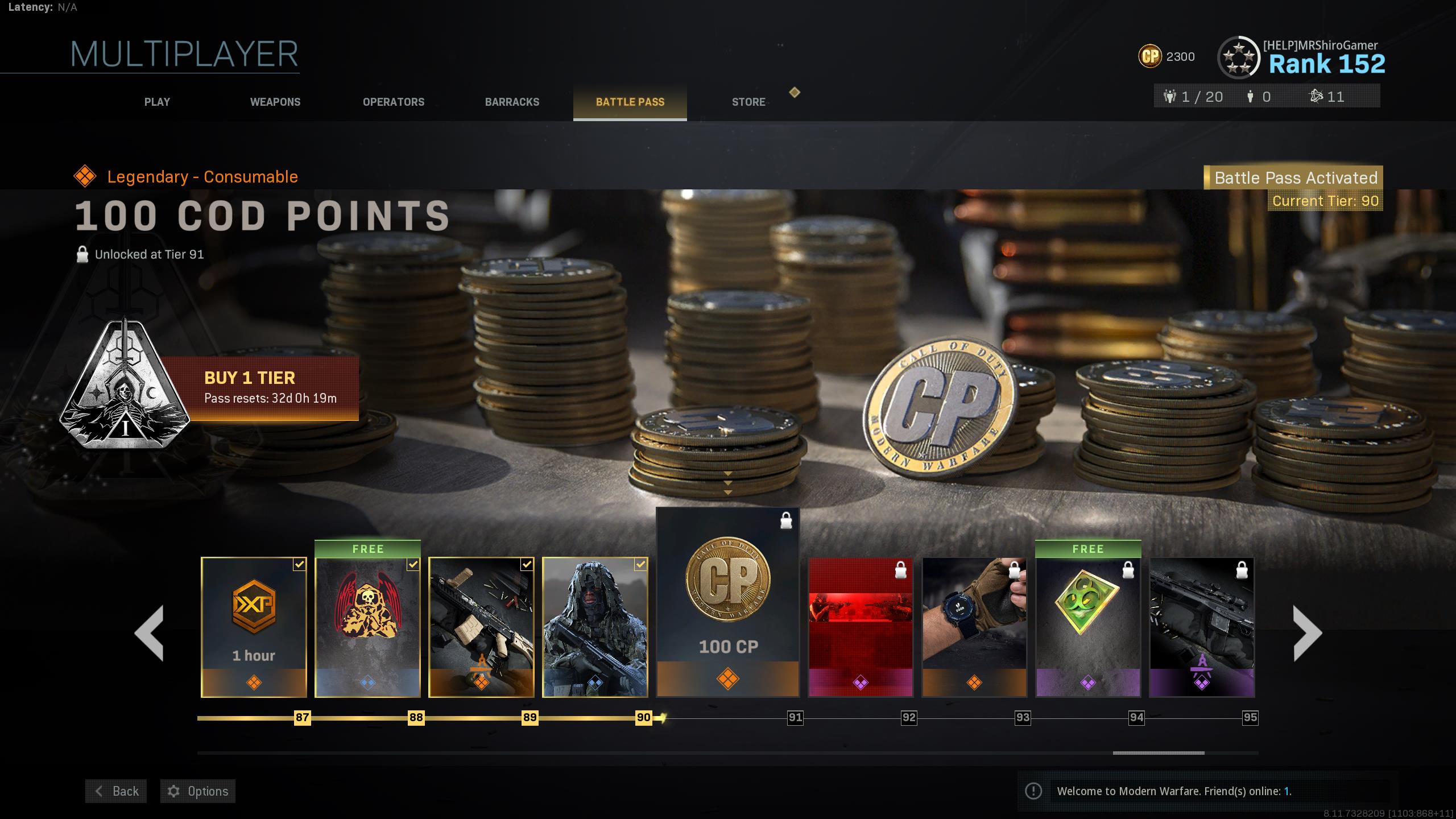 My time with Modern Warfare has all been an attempt to eke as many fun moments as I can out of a fundamentally flawed experience. The thing that kept me coming back has undoubtedly been the gunplay, and the ability to really dig deep and create customised loadouts from the different weapon parts on offer.

This became the game to me. I spent hours levelling up different weapons to make custom variants based on dumb ideas and a desire to recreate weapons from movies and other games. If it was doable, I probably tried it, even as I knew none of them were competitive against their counterparts in that class. It didn’t matter. I was having fun playing my little mini-game of gun Lego as I tried to ignore the rest of what frustrates me about Modern Warfare.

But in the unforgiving game of Modern Warfare multiplayer, you could only suffer with off-meta experiments for so long before getting aggravated. So I decided to switch to Spec Ops.

Of course, I knew the infinitely spawning enemies, broken objectives, Juggernaut and explosive spam would make it difficult to have any fun there, but I was so determined to break that mode it became a challenge onto itself. How can I clear these hilariously broken missions without resorting to blatant glitches? And so I did. Every single one of them, including the post-launch additions.

In fact, I became so versed at a couple of them that I sherpaed other lost souls through them. As long as everyone followed my every instruction, picked the exact weapons and munitions I specified, we would triumph, and I would later be showered with gratitude when they finally see that green flashing icon next to the operator they had given up hope on unlocking.

There’s this undeniable sensation you feel for overcoming odds stacked so high against you. Spec Ops, for its countless troubles, proved to be a decent XP farm and a good time sink. Both of those are crucial in climbing through the tiers of the Battle Pass, and climb through the damn tiers I have. When this adventure started, I dismissed the idea of buying the pass, opting instead to earn the free content and move on.

I knew I wouldn’t reach anywhere close to level 100 by February. What I wanted – the two new weapons – were also relatively attainable at tiers 15 and 31, so there was little incentive for me to progress beyond that. But all the time spent ferrying the Spec Ops hopefuls through the lake of broken game modes, and my own adventures in multiplayer got me to somewhere in the low-50s. It was at that point that I decided, fuck it, I am getting the $24 bundle that comes with 20 tier skips. 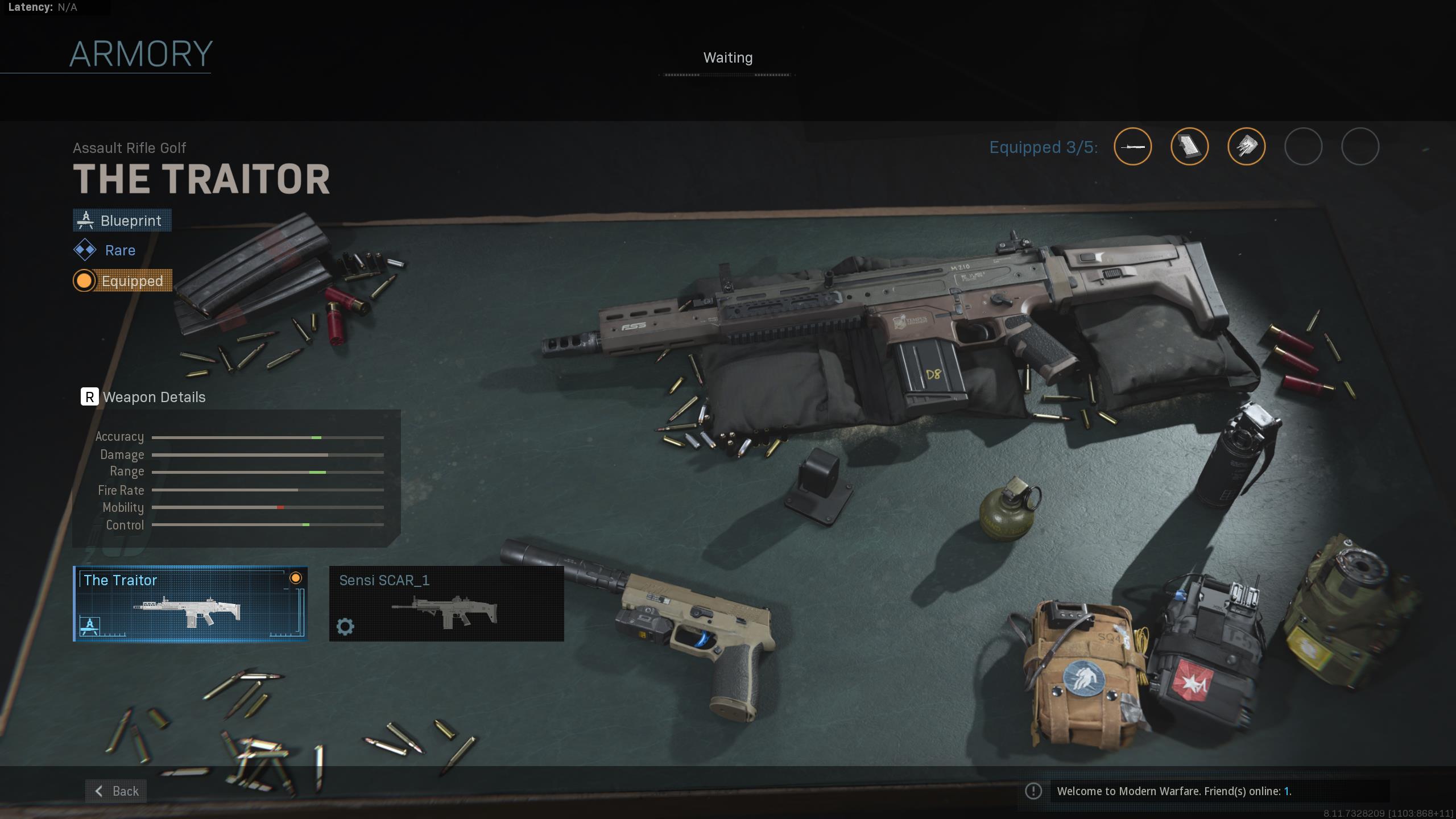 I had left over money in my Battlenet account (probably meant for Destiny Silver), so I only really paid $5. And so I did, instantly climbing to level 70-something. A few more sessions, and a double tier progression weekend pushed me to the 90s, where I currently stand. There’s a bit over a month left on that pass; plenty of time to clear the remaining tiers.

I have never finished a single Battle Pass in any game I played. The time commitment is such that I’d have to play nothing but that game if I am to stand anywhere near a real chance at getting even 50% of the way through. For my first complete pass to be in a Call of Duty game, and one I don’t actually like, was certainly revelatory.

Modern Warfare was also the first game to break me when it comes to actually spending money on in-game tat. I have dropped the occasional $5 or so to roll the dice in Overwatch or Apex Legends, but I always scoffed at the idea of $20+ character skins and such items common in today’s in-game stores. Why would I spend that much on an in-game 3D model that I won’t even see most of the time, when I could buy a whole new game to play? That rationale was usually enough to curb any momentary lapse in judgement that would cause me to pull the trigger.

As I have now realised, that whole value argument was never strong enough as a deterrent, it was simply that no game knew how to get to me yet. Modern Warfare, to my shock, was it. 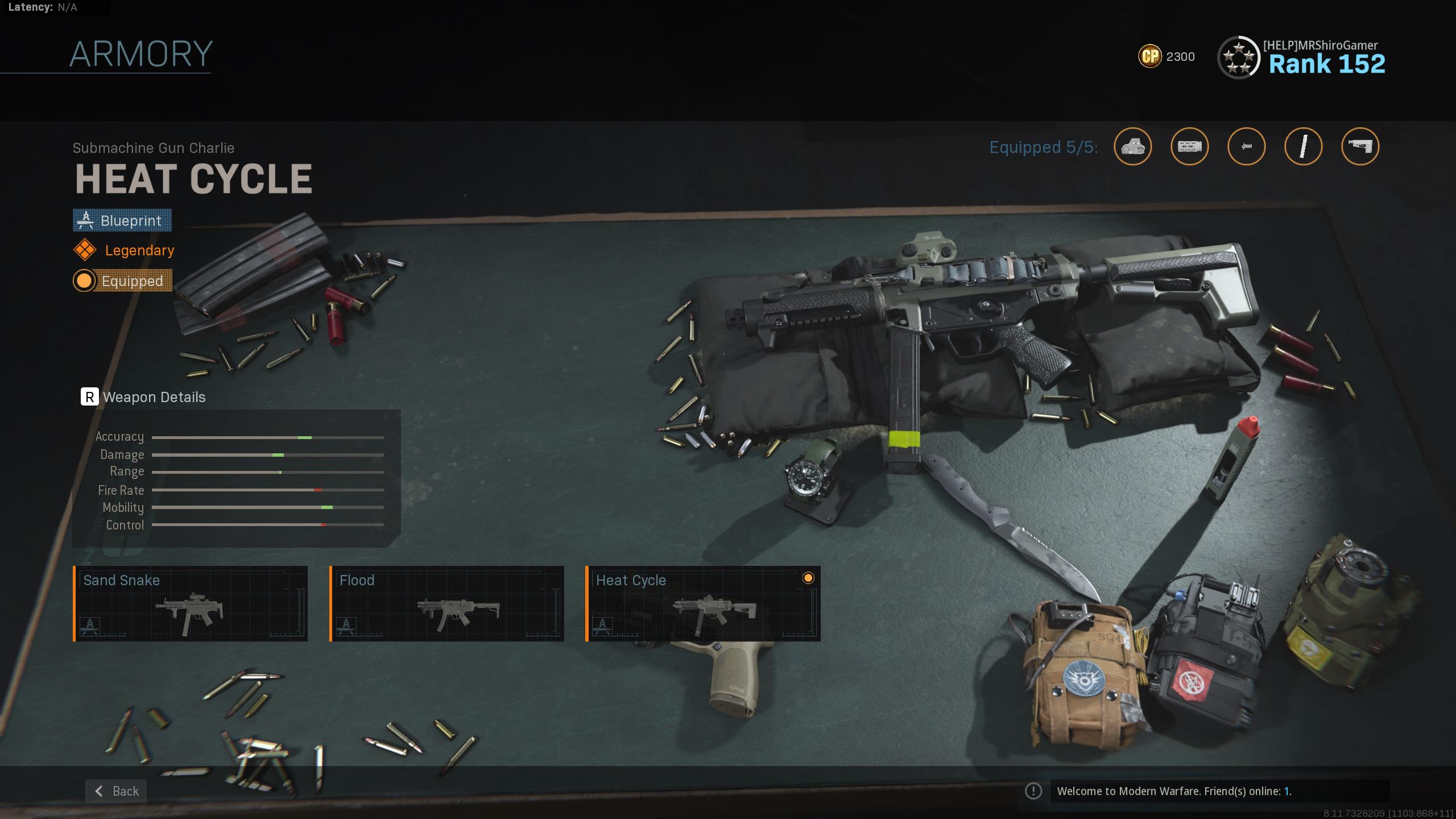 Infinity Ward cracked my brain code. The Modern Warfare store offers your typical operator (character) skins for ~$20, and various other items for cheaper - but often too expensive – prices. What got me, however, was the damn weapon blueprints. In Modern Warfare, a blueprint is essentially a weapon setup. Pick a sight, barrel, stock, under-barrel and so on, save the build and you've got a blueprint.

Because of the sheer number of options at your disposal for any given gun, it’s normal to create multiple blueprints for the same weapon, each geared towards a set playstyle. All of that is well and good, but what I didn’t count on was custom-made components on sale as part of authored, unique blueprints. Functionally, the weapon blueprints in the store are made up of exactly the same parts you have access to in-game. They’re just as effective, but they're entirely new designs!

Two or three of these custom components are enough to change a weapon's look significantly, and all of a sudden you end up with what looks like new weapon. This is a step above the usual gun skins; they’re essentially entirely new 3D models tickling gun fantasies. The system is fair, too, since these aren’t stat-altering weapons, so you can feel good about your purchase.

Considering how deep I was in that part of the game, it didn’t take much for me to buy my first blueprint, and a few more since. So here I am with a game I don’t especially like, one that I find hard to recommend, which somehow compelled me to spend 40 or so hours playing it. All of it just so I can play with gun Lego.