Escape from Tarkov offers an experience no other game has for both streamer and viewer - and it’s only the first of many to come.

Towards the end of last year, Escape from Tarkov - an extremely punishing, realistic survival shooter - blew up on Twitch. Tarkov is not a new game; it’s been publicly playable since late 2016. Viewer interest had slowly been climbing up in weeks prior, but a limited event in December pushed it over the edge.

Twitch Drops, a scheme through which viewers have a chance at earning in-game items by watching participating streamers, had just been enabled for Tarkov for the first time. A game’s visibility on Twitch getting a boost after enabling Twitch Drops is nothing new, but it’d be disingenuous to say that all of Escape from Tarkov’s success on Twitch in recent weeks is owed to Drops. The promotion only lasted for a week, and yet, Tarkov has regularly been in Twitch’s top row every day since, peaking at nearly 300,000 viewers this month.

Niche streamers who had been on the platform for years, witnessed record-high viewer numbers over the same period, and continued to dominate Twitch’s frontpage since. Even today, viewers are discovering more Tarkov-specific streamers, who had always been there but no one knew their names.

Clearly, the Drops hubbub has died down, but Tarkov continues to dominate. This enduring popularity is something other developers will be looking at when creating future Twitch hits. 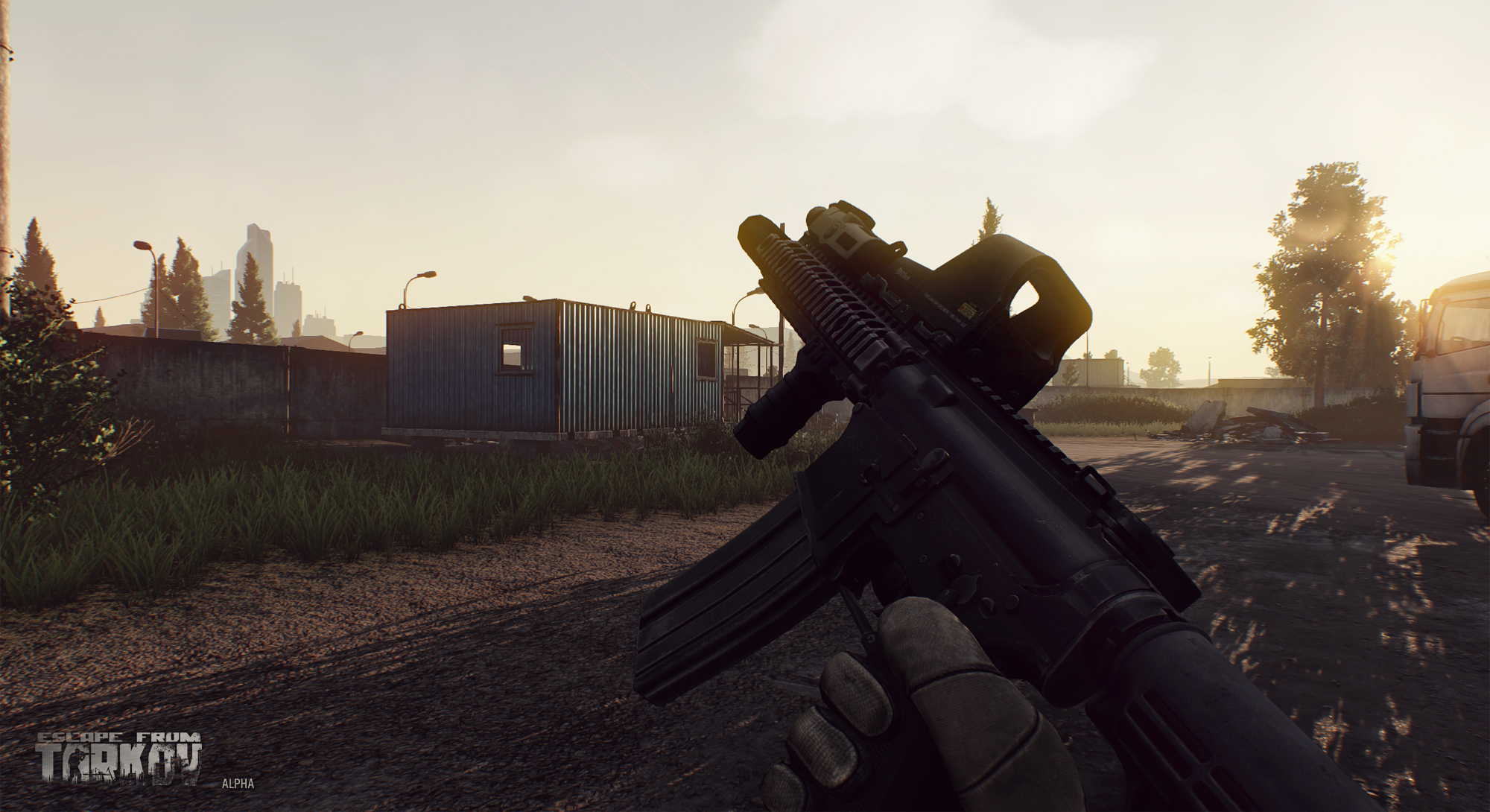 Tarkov is a game of complex systems and mechanics, available only through its Russian developer’s own website. A copy could run you anywhere from $45 to $140. It is the definition of a niche game. Chances are, if you know what it is, you’ve already made up your mind about it. The event’s biggest boon was introducing Tarkov to so many people who wouldn’t otherwise seek it out. But the reason it remains at the top today is the same one that made battle royales a streaming sensation over the past couple of years. That being stakes.

Escape from Tarkov, above all else, is a game of incredibly high stakes. In this match-based experience, a player could bring in their best weapons and gear in the hopes they’d survive long enough to make it out with a backpack full of better loot. If they die, everything they brought with them is gone along with whatever else they picked up along the way. Runs could end in the blink of an eye, and your dreams of stacking millions with them.

Loot is money in Tarkov, both figuratively and literally. If you join a match with ₽150-300,000 worth of gear, that value is written off if you die. Assuming you don’t have more of the stuff you lost, you may not always have the cash to bankroll another expensive venture. Everything in Tarkov has an in-game monetary value. This includes ammo, some of which is so expensive that it’s out of reach for many players. To say nothing of advanced healing kits or other rare and useful items littered around the game’s world. No matter the outcome of a raid, there’s always money on the line.

For the player, there’s an element of gambling involved. You make bets as high as you can afford or muster, and sometimes they don’t pay off and leave you with a net loss. Other times, they do in spades, and you extract with loot whose value is orders of magnitude higher than anything you could have imagined. When a streamer makes these bets, they have a real, visible stake in the raid. For viewers, witnessing the entire process, knowing what’s at stake, makes Tarkov matches more gripping than any other game.

Escape from Tarkov tries to ease this pressure somewhat by offering disposable, pre-made characters called Scavs. They’re available to all players, and they allow you to enter the same matches at no risk, and a chance to rub shoulders with the most decked-out players. It even created its own niche within the Twitch community. Some streamers will dedicate entire days to Scav raids - so called zero-to-hero runs, just to see how big of a haul they can score.

I’d even argue that Scav runs are more exciting to watch, because of how you start out on the back foot and must build up your own loadout, loot and worry about adversaries all over the course of 45 minutes.

Unlike most games, including battle royales, what happens in a Tarkov match doesn’t stay there. Even your worst PUBG or Apex matches can be forgotten about, but decking out your character in Tarkov and entering a match with high spirits, only to be one-shot five minutes in, will shape your next few matches.

Escape from Tarkov is also a game that thrives on limited information. Out of match, smart players will need to scour the internet for guides on the ammo types to avoid, a map to show them where to go, and the best strategies when dealing with the inevitable frustration. In match, you have to rely on your eyes and ears to spot enemies. There’s no in-game map, compass or even a simple indicator that separates teammates from hostiles. If you join as a group of three or more, there’s a good chance one of you will be on the receiving end of friendly fire at some point.

This general lack of information ups the already high stakes, and creates incredible depth for players to dig through as they uncover and learn more. As a viewer, you’re finding out new information alongside the streamer, and there’s so much of it that even veteran players will occasionally slip up. Escape from Tarkov seems almost engineered for Twitch success, and it’s a mystery why it took this long for it to make it big.

All of Tarkov's different components will be analysed by other developers when we inevitably get fresh takes on the formula. The next Twitch breakout will have some form of character persistence, and offer meaningful stakes to its players.