Get your complete walkthrough of Battlefield 4's second mission below, including all dog tags and assignments. 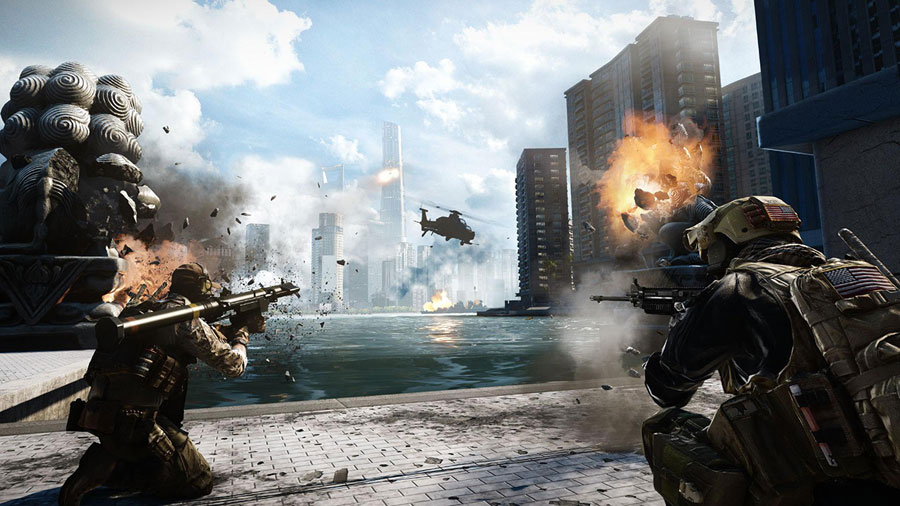 As the mission begins you are in the back seat of a vehicle being driven by Irish. Pac is in the front passenger seat. You're on your way to secure three VIPs. Just enjoy the ride until the van crashes. Once it does follow the remaining members of Tombstone and let Pac open the gate. Head through the alley and take a left. Climb up the ladder at the end of the alley to the roof top. Once you're there you have a view of the hotel. Climb down the ladder to the right, follow your squad to the target building and enter the elevator.

As the elevator door opens you'll be fired upon. Looks like you got off on the wrong floor. Take the elevator further up. When you exit take notice of the Weapon Crate and head to the left. As you round the corner you'll run into some unsuspecting opposition, take them down and head up the stairs. This floor is crawling with Chinese soldiers. Stay in cover and watch your flanks. Toss grenades into large groups of enemies and keep your eyes peeled on the balcony.

Move towards the stairway to the south and take out any foes as you reach the next level. Use the pillars for cover and eliminate any opposition in front of you. This is an excellent place to use a shotgun if you have one unlocked. Head across the room and load up with Claymores from the Gadget Stash and resupply with the Weapon Crate.

Hold off the advancing enemy soldiers while Pac deals with the security gate. You can use your Claymores here but they really aren't necessary. Just hold the balcony and rain grenades down on the bad guys below. The Weapon Crate is close by so you have an almost unlimited supply. Take cover from the chopper but don't pay it much attention, the foot mobiles are your primary concern. Coincidentally, Pac finishes opening the gate just as you deal with the last of the advancing Chinese soldiers.

Follow your squad through the gate and up the stairwell. Head into the hallway and move to the right. Just follow the hall until you see an explosion. Kovic will open the door and introduce you to Hannah and her husband. Since the crashed van is no longer an option as an escape the team decides to head to the roof to secure a helicopter.

Reach the Rooftop/Secure the Helicopter

Follow your squad to the stairwell and head up. Go through the door and up the next set of stairs in front of you. There's a Weapon Crate for you to resupply and swap out your primary and secondary weapons. You might find a Designated Marksman Rifle (DMR) beneficial here but make sure you keep something automatic for those up close and personal encounters. You control this engagement. Keep the high ground and start picking off the opposition below. Once everything is clear make your way to the helicopter.

Kovic, Hannah and her husband begin loading into the helicopter when the next wave of Chinese soldiers hits. You still have the high ground so toss grenades below and pick up a few 125 point kill headshots. If things get too hot, jump down and use the air conditioning units as cover. Keep working your way around the rooftop eliminating anyone who isn't Tombstone. Once the roof is clear follow Tombstone back the way you came. Captain Garrison tells you to make your way down to the river. 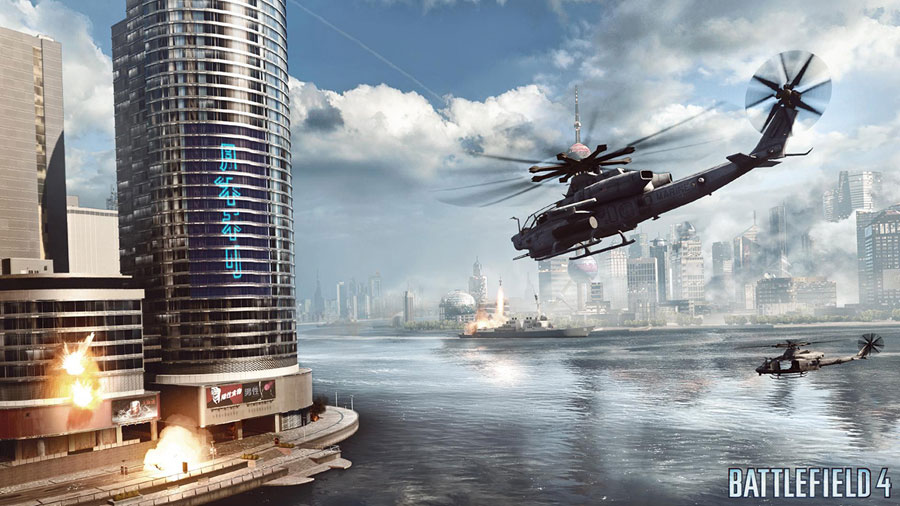 Take the elevator ride back down. As you exit there will be a handful of enemy soldiers who are unaware of your presence. Garrison lets you know you have 30 minutes to get back to the ship. Even with that information, this is not a timed mission so keep progressing as usual. Just like before, begin this engagement at your leisure. Once the shooting starts be sure to watch your flanks as you can be attacked from the sides and rear. Fight your way outside and use the concrete flower beds as cover. Make your way down the stairs and head north west around the right side of the fountain. The helicopter will try to deploy some troops, greet them with a grenade for a nice multi kill. Once all the opposition is cleared out, follow Irish down the street.

As soon as the Type 99 MBT begins to engage you, head down the alley to the left. There's a minor maze of back alleys here. Rather than try to talk you through each individual one, just make sure you keep in mind your objective is to the west. Feel free to duck down side alleys if you see fit, but overall keep on the path to the objective. You will encounter some resistance from enemy foot mobiles but they are nothing you haven't dealt with before. Take them down with headshots when they peek around the corners, or toss a grenade their way if they refuse to give you a clear shot. While you're heading west, always keep an eye on the tank to the right. For the most part it can't harm you, but every now and then you'll have to sprint past a north facing alley to prevent it from getting a clear shot.

After the tank is behind you and the last of the foot mobiles are down, follow Pac and Irish to some distraught civilians. Head inside and up the stairs. There's several more civilians who need your help. Following a brief conversation follow your Tombstone brothers out of the building.

Keep following Pac and Irish until they lead you to a Gadget Stash. Equip C4 and M15 AT MINES. Don't bother deploying the mines. The tank can see them on the ground. Duck behind the ample cover and wait for the tank to pass you. It shouldn't notice you running behind it so get close and throw at least two pieces of C4 on the back. Let it drive about 10 meters away and detonate. Pac is quite impressed but there's another tank to take care of. This one is slightly more aware of its surroundings so make sure neither the main or secondary gun is facing you when you run up on it. Once you have an opening take it down the same as you did the last one.

Get on the Boat

Get on the boat and take a break, the rest is cut scene. An Electro Magnetic Pulse (EMP) knocks out the power to all of Shanghai. As chaos ensues Irish starts yelling at civilians to follow Tombstone to safety and the USS Valkyrie.