An advanced guide to the multiplayer aspect of Battlefield 4.

If you're reading this section, Battlefield 4 should not be your first taste of the franchise. You know what it takes to win and you have the skills to contribute to your team. You understand exactly what the meaning of PTFO is. There has been a lot of changes from Battlefield 3 to Battlefield 4, so let's take a look at some of the things that might impact your game.

Out with the Old

Well, let's start off with one of the primary complaints veterans of Battlefield 3 had. Suppression has undergone a complete makeover. The effect of Light Machine Guns (LMG) has been increased but the effect has been decreased across all other weapon classes. Additionally, it has also been decreased at close range to ensure close quarters battles are always focused on skill. The actual suppressive effect itself has also been removed, and has been replaced with a scope sway that is similar to what snipers experienced in Battlefield 3. Skilled players should still be able to focus and get hits on a target even while suppressed. In order to get the full benefits of suppression, players will need to deploy someone from the Support class to lay down the LMG fire.

Another very notable change is the removal of the Carbines as an exclusive weapon to Engineers. One of the most popular classes from Battlefield 3, Engineers are now the exclusive owners of the PDW family. Carbines are now available to all classes, so after a little ranking up you shouldn't notice too much of a difference. For those non snipers who would like to complete their Recon Service Star, equip a Carbine rather than a sniper rifle.

Lastly, say goodbye to two of the most popular weapons in modern Battlefield, the M16A3 and the M4A1. Although the variant M16A4 and M4 are still there, they are the burst fire versions of their more popular siblings. Skilled players will still see a great value in these weapons but others will be forced to try and find suitable replacements. If you want to increase your accuracy rating and take down targets at long range, don't hesitate to give these formidable weapons a try. 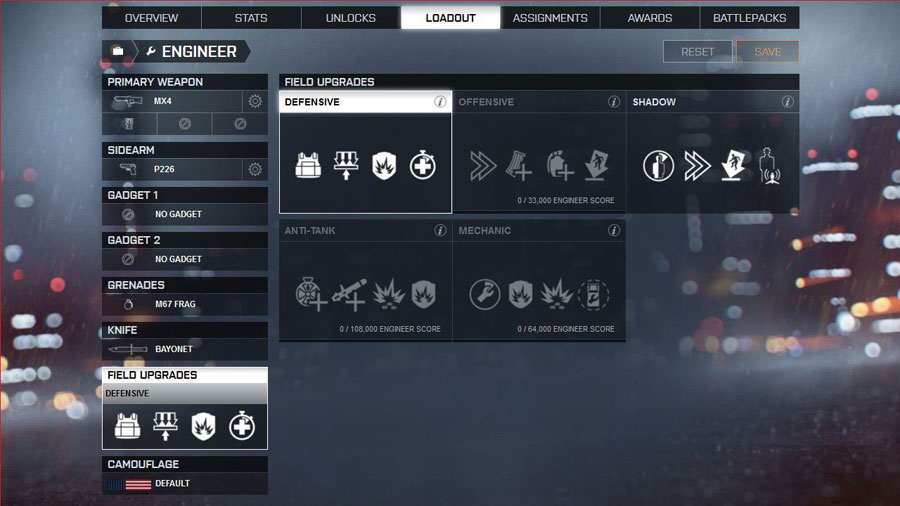 In with the New

New with Battlefield 4 is the tier based system of Field Upgrades. Rather than choose a Specialization as with Battlefield 3, you will choose Field Upgrades which each have four levels. For example, the Defensive Field Upgrade includes Armor, Cover, Flak and Quick Regen. As you complete tasks as a squad, you unlock the various levels of your chosen path. However, if everyone in your squad dies, your progress is reset and you have start again from the beginning. You can choose the universal Field Upgrades, or you can choose some which are more specific to your class. Pay attention to detail and practice good situational awareness. If the on screen notification Last Man Standing pops up, it is your responsibility to ensure you survive and keep the Field Upgrade progression alive.

The introduction of the Chinese faction doesn't just come with new character models and sound bites. There is now a whole new batch of weapons and vehicles which players can use to creatively bring doom to their enemies. Some of the more notable vehicle additions are the ZBD-09 Infantry Fighting Vehicle (IFV), the Type 99 Main Battle Tank (MBT) and the Z-10W Attack Helicopter. Statistically these vehicles are all equal to their counterparts which makes their differences purely cosmetic. Still, they bring a new look and feel to the vehicle based warfare of Battlefield 4. 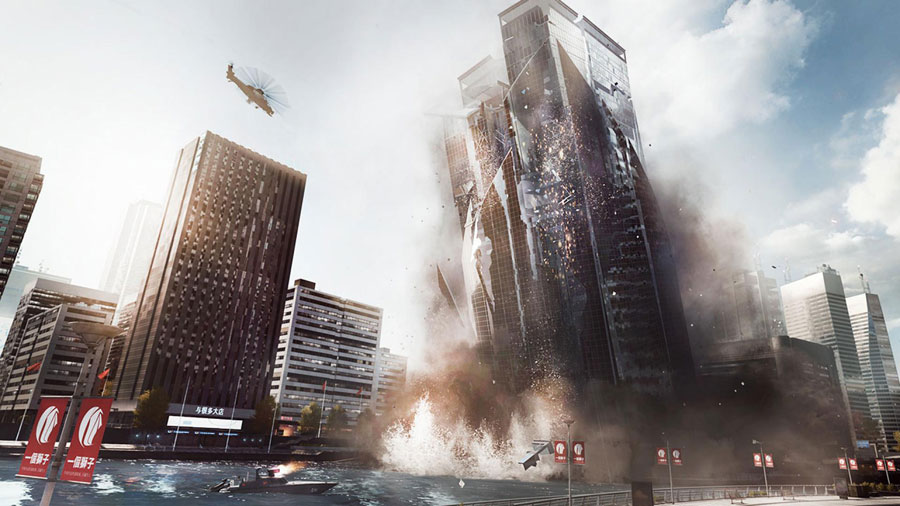 Right off the bat, one of the most anticipated changes in Battlefield 4 is Levolution. All ten multiplayer maps will contain these moments. Unlike the tower falling on Caspian Border of Battlefield 3, these events are triggered by player interaction. For example, on Siege of Shanghai the sky scraper only falls if the pillars at its base are destroyed by one of the two teams. Once a Levolution moment is triggered, it can drastically alter the environment and force players to adapt by changing up their strategies.

If you enjoy playing Battlefield with friends you're going to love the five man squads. The increase from four is going to add an additional level of depth to your squad's strategy. Rather than choose four different classes with your four man squad, you can now double up on a class you feel will be important to your team's success. For example, if you plan to take an objective on top of a building, you may want to bring two Recon soldiers to rain bullets down on enemies below. The possibilities are endless. Be sure to take into account your team's situational needs as well as your own personal playing style.

For those who joined the franchise in Battlefield 3 this may seem like a new feature. Commander Mode was introduced in Battlefield 2 but has seen a reboot in Battlefield 4. Players are now able to play as Commander from their PC, console or tablet. For example, you will now be able to use your iPad to play as Commander of a PS4 game. When playing as Commander you will have several assets at your disposal. Things such as the Scan UAV, Supply Drop and the extremely devastating Gunship are only a few. Keep in mind that most of the assets are earned rather than given to you by default. Successfully command your team and unlock the tools to help them achieve victory.