Battlefield 4 is being revealed at GDC tomorrow. DICE has hung giant images of tanks around San Francisco to make damn sure you know its coming. 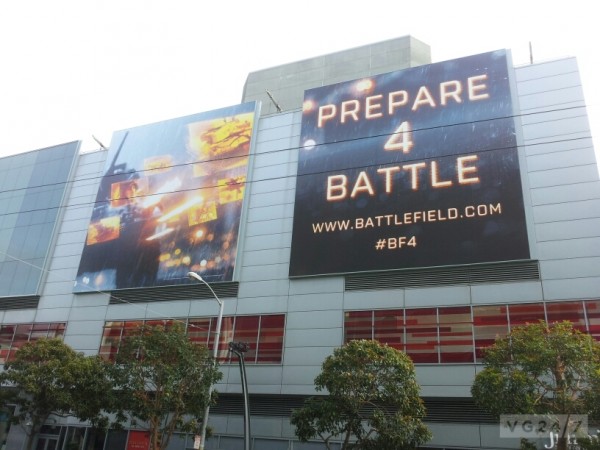 WHAT? I CAN'T READ THE LETTERS, THEY'RE TOO SMALL.

VG247's Sam Clay is over there right now and sent us the above pic. He'll also have the low-down on the Battlefield 4 reveal as it happens tomorrow.

Excited? Not excited? Tell us about it below.

Meanwhile, leaked images of Origin Russia suggest the Battlefield 4 beta will open up to all Battlefield 3 Premium subscribers later this year, the game’s third teaser trailer features a helicopter, and this leaked Battlefield 4 art shows off Shanghai and new faces.