Battlefield 4 enters beta later this year and word from Origin Russia is that all Battlefield 3 Premium subscribers will receive access. Swallow some salt and judge the evidence for yourself. 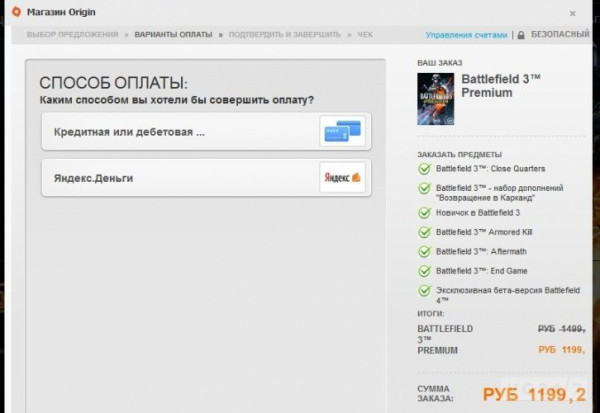 Russian Battlefield fan site MyBattlefield grabbed the above screen from Origin Russia. Note the timeline of unlocks on the right side. It goes through all subscription goodies, starting with all Battlefield 3 DLC and ending on Battlefield 4 beta access.

MP1st reports that the text in English reads, "exclusive access to the beta version of Battlefield 4″.

At the moment the only way to gain access was to have pre-ordered Medal of Honor: Warfighter before it launched last October, but DICE always said that there would be other ways to get access.

Could this be it? Let us know what you think below.

Meanwhile, check out the third Battlefield 4 teaser trailer here. It features a helicopter.