The price of miniature retro gaming hits a new low – which is good news for you.

It’s only been two months since the release of the Sega Genesis Mini but its pricetag is already being slashed. 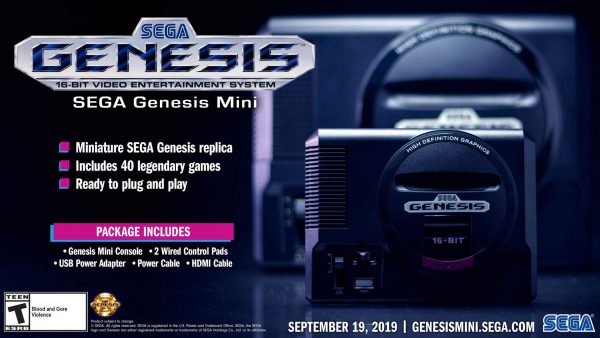 The mini console, better known to our UK friends under its Mega Drive moniker, is now available for $49.99 – a drop from its original $79.99 pricetag. You’ll be able to find this Black Friday deal at a number of online retailers – see links below – available for a limited time.

The Sega Genesis Mini launched in September with 42 pre-installed games. The mini console features sliders that push down the cartridge slot cover to “recreate” the original console’s buttons of yesteryear. It also has four quick save slots, an HDMI output is located on the back, supports 720p resolution, and is powered by microUSB. The USB-based controllers come standard with the Fighting Pad 6B.