Similar to the Super Mario Bros Game & Watch released last year, we're expecting this to sell out quickly, so get your pre-orders now if you want one.

The Legend of Zelda Game & Watch UK and US pre-orders

Pre-orders are now live at most major retailers in the UK and US, and we'll be updating the list below when new pre-orders go live.

If you missed the E3 announcement for The Legend of Zelda Game and Watch, it contains three iconic games from the franchise, and an old-school Game & Watch title:

Staying true to the Game & Watch name, the handheld also doubles up as a digital clock or timer. There's a clock built into the games, too.

Whether you're planning on buying this to keep unopened as a collector's item or you simply want to experience the original The Legend of Zelda titles on the go, be quick with those pre-orders.

Finding these in the wild after the November 12 launch is gonna be harder than finding all 900 Korok seeds in Breath of the Wild. 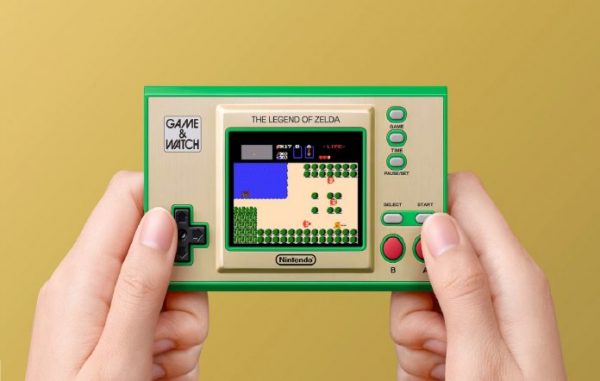 The Legend of Zelda Game & Watch pre-order US

A pre-order for The Legend of Zelda Game & Watch is available at the following retailers in the US:

It's dangerous to go alone! Pre-order this.

That's it for now, but while we're on the topic of pre-orders, you can check out our pre-order guides for The Elden Ring, Marvel's The Guardians of the Galaxy and Battlefield 2042 if you want to grab those pre-order bonuses and save some money.

Don't forget: this year's Amazon Prime Day sale is just around the corner too, and we're expecting some great deals on consoles, software, accessories and loads more.

To be the first to hear about these deals as soon as they go live, make sure you give Jelly Deals a follow on Twitter.