Target is the latest to go live with its Black Friday ad, and there are plenty of savings to be had on select games.

As usual, Target is sweetening the Black Friday pot with some nice deals on games. Some are newer titles, while others are hits from last year.

Nintendo may have marked select Switch titles down to $39.99, but Target is knocking an extra $10 off. This means you can pick up titles such as The Legend of Zelda: Breath of the Wild, Super Mario Odyssey, and Mario Tennis Aces for $29.99. These are Doorbuster deals, so be sure to get them for that price while you can.

Over 10 games such as Monster Hunter World: Iceborne, Need for Speed Heat, Gears 5 and Borderlands 3 will run you $35 each for select platforms. 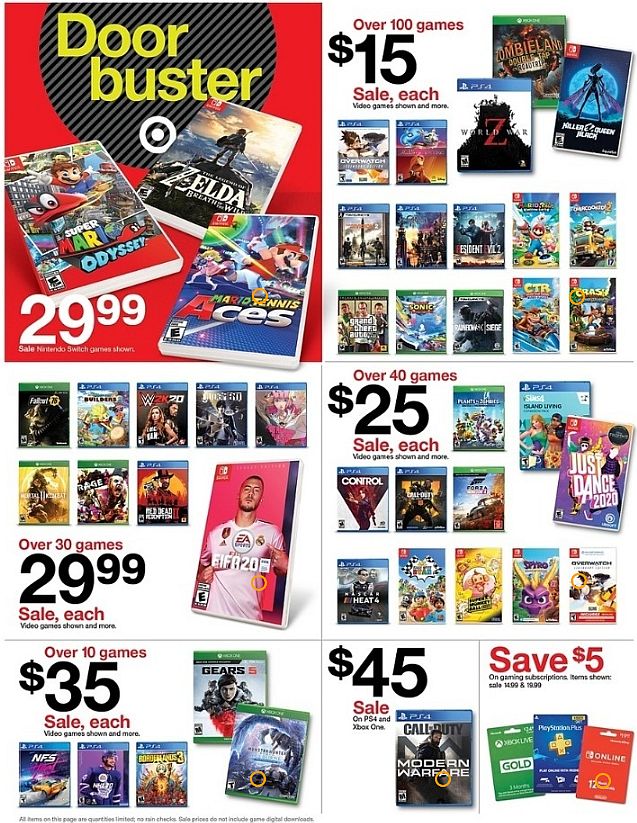 Xbox One controllers will run you $39.99 instead of the usual $59.99. Same with DualShock 4 controllers.

As usual, be sure to shop around a bit before spending money, but Target is usually one of the best places to get a deal on games this time of year.

While you’re looking to save some coin, be sure to check out our Best PS4 Black Friday, Best Xbox One Black Friday and Best Switch Black Friday deals pages. We’re constantly updating each page so keep checking back.