Rescue your nearest and dearest. With the help of a rapid-fire machine gun. 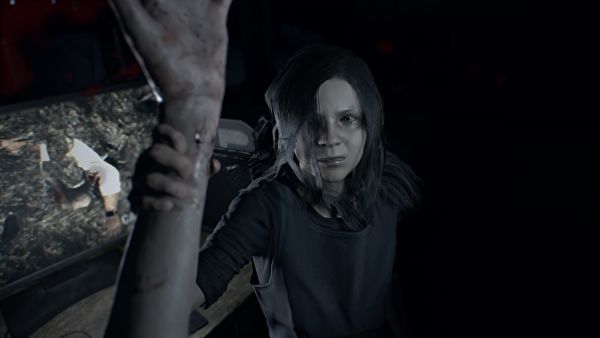 At the end of the last part we saw through the end of the molded-damaged tape and learned the truth. The tape is over. Save first – you don’t want to do all that again.

It’s time to mount a rescue mission. Head out of this room and straight ahead there’s a door. You can interact with the elevator, but leave that for now – head through the door. In here you’ll find:

Grab the bits and pieces, then head back to the elevator. Pull the doors open and drop in. Head up the ladder in the shaft, then back down through the obvious hole. You’ll land in a new room.

There’s a computer to interact with right in front of you, but before you do I chose to explore first… in case the computer triggers enemies or whatever. Around here:

Now go back and use the computer. Having located your next destination, head back to the elevator at the back of this room and pry its door open. Drop down to atop the elevator and use the lug wrench you just picked up to open the locked hatch. Head down. Let’s get us a key.

There’s some stuff you can interact with in the elevator shaft but it’s useless right now: this is the greater puzzle of the area, to restore power to the elevator, but it’s going to be the absolute last thing you do here.

The elevator is trapped between floors and as a result you can clamber up or down. Down looks pretty nasty, so… First, head up. In front of you there’s a SURVIVAL KNIFE – grab it.

Head right – you should remember all of this area from the tape. On the right is the room that you started the tape in. It’s now a save safe room. In there is all the usual amenities, plus some corrosive on the floor and some handgun bullets on the bedside cabinet.

Just down the hall on the left here is a smashable box with a smart bomb inside. Continue down here, turn right, and head into the dining room. In the ‘vomit room’ from the video there’s some machine gun ammo.

Off from the break room is the lounge, a new room you couldn’t access before. There’s a herb in here and also: a puzzle. This puzzle is pretty simple: the paintings rotate. Rotate them until the ones on the left match the ones on the right. The safe will open: inside, 3x Corrosive. Jackpot!

At the end of the hallway before it turns to the right there’s another door. Enter it and climb the ladder – at the top up here are two remote bombs and a box with a lockpick in it. You’ll use that pick to open a box upstairs to get an antique coin later on.

Continuing on, the bunk room is now split in two for its two doors thanks to debris. The top half has:

You’ll need to use some of your corrosive to open the lower half of the bunk room. Inside:

I nipped back to the save room, but you know what we need to do next: head back into the elevator shaft in order to climb back up to the Captain’s Office. That’s two lengthy ladder climbs, and be alert since enemies will now be around. Head into the Captain’s Office, open the cabinet and grab the SMG. Now you have a machine gun. Ho… ho… ho.

Head back to the elevator shaft and head down once again to where you have the branching path between clambering up or down. 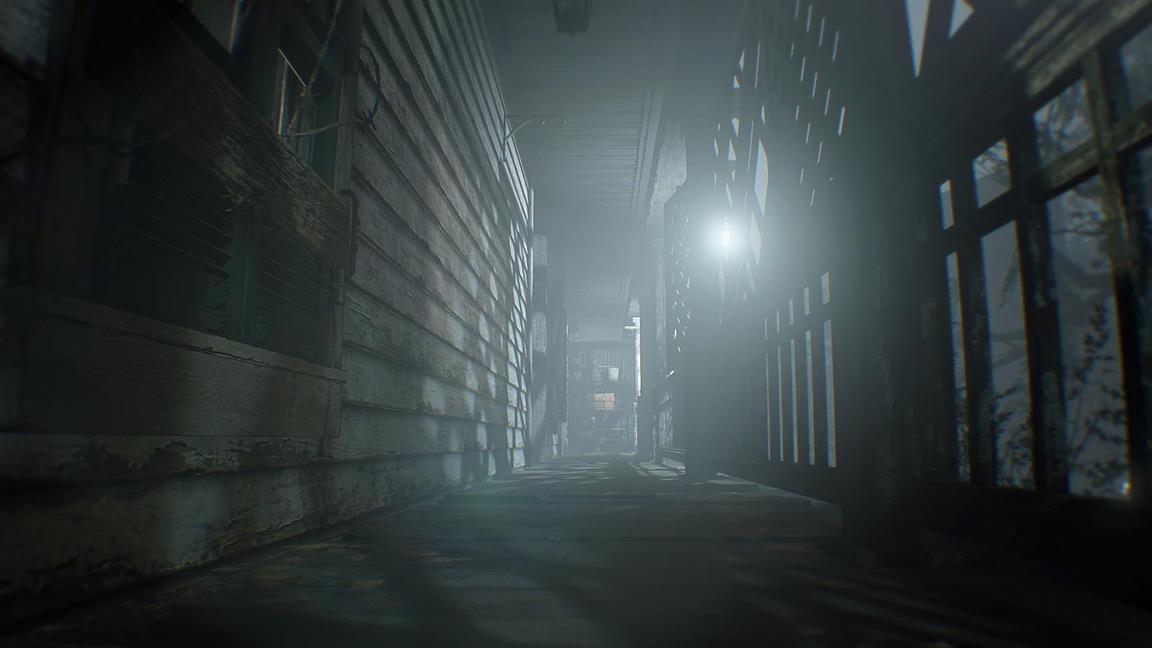 Getting the fuse key to power the elevator

It feels like it was about a million years ago at this point, but this is the area from before you grabbed the tape, where there was a broken door that you had to fix with a fuse.

If you were fastidious then about picking up all the items there’s only one new room: The recreation room. If you weren’t, now you have the power to clear the enemies out and loot every room with your shiny new machine gun. Let off a little steam, then head to the recreation room on your map and corrode open the door. Inside:

As you exit the recreation room head dead straight. In front of you is the stairwell. Remember putting the fuse in here? Yank out the fuse. The fuse will then be in your inventory, but the door also locks shut. Your only way back up is using the elevator shaft. Do that, climbing back up into the shaft. Next destination: The control room, where there was the locked box earlier, near where the tape ended. Climb up that elevator shaft.

Getting the cable key item to power the elevator

Once back in the control room, you should now have the lockpick to open the box. Inside is an antique coin. Once that’s done, you can now melt the unopened door in here with Corrosive. We’re making progress.

Through here you just need to head to the Sick Bay room via the Shower Room. You’ll notice this is where the tape very abruptly stopped. Inside the Sick Bay you’ll find Strong and regular Chem Fluid, appropriately.

As soon as you approach the item you need, a cable attached to a medical monitor, a huge molded will appear. Take care of it. Remember the remote bombs – they’re really useful, and you can basically lay a series of them to trap this slow, lumbering beast. Once that’s done, grab the cable and backtrack to the elevator shaft.

We can finally interact with those boxes in the elevator shaft. Put the cable and fuse in place. Voila! It’s time to head to floor S2.

Well… this place continues to be welcoming. Follow the linear path. Don’t miss the cabinet you can open for some machine gun ammo near the door, and behind it another remote bomb.

When you reach the bottom of the stairs after that crate, there’s a wall locker you can corrode to get another antique coin. In the cargo room (where you first got corrosive in the tape) there’s another wall locker with two remote bombs inside.

Head into the next room – we’ll pick this up in Part 17, our finale. Enjoy the story sequence, and take a deep breath… it’s time to finish this for good.