Nothing can escape the Maw. World of Warcraft’s afterlife is screwed and it’s kind of your fault.

Speaking to Blizzard during BlizzCon, we asked what kind of story the team is hoping to tell with upcoming expansion, Shadowlands. World of Warcraft has been around for 15 years, but there are still new realms to visit in this vast fantasy world. The latest will be unlike anything you’ve seen before.

Sylvanas has whooped the Lich King’s shiny metal ass and torn the skies asunder, revealing a crack in the sky that has fractured the bonds between life and death. When you cross that barrier, all the rules have changed in this place where the dead don’t truly die.

“I think we would be doing the Shadowlands a disservice if some of the people that we’ve killed, that we liked, but we’ve killed - we’ve killed lots over the years - didn’t show up there,” senior game director Jeremy Feasel tells me.

“It’s one of the things that ties this otherworldly space into the known. As soon as you go into this alien landscape it’s very easy to get lost, you don’t know anything about how this world works, having some [recognisable] characters there not only makes it feel connected to Azeroth, but also makes it feel like your actions on Azeroth had an impact on the Shadowlands.”

One of the main themes of this expansion is how death works, what happens to the souls of the departed, and that includes those you’ve personally killed. You might even find out what happens to dogs - Blizzard’s words, not mine. 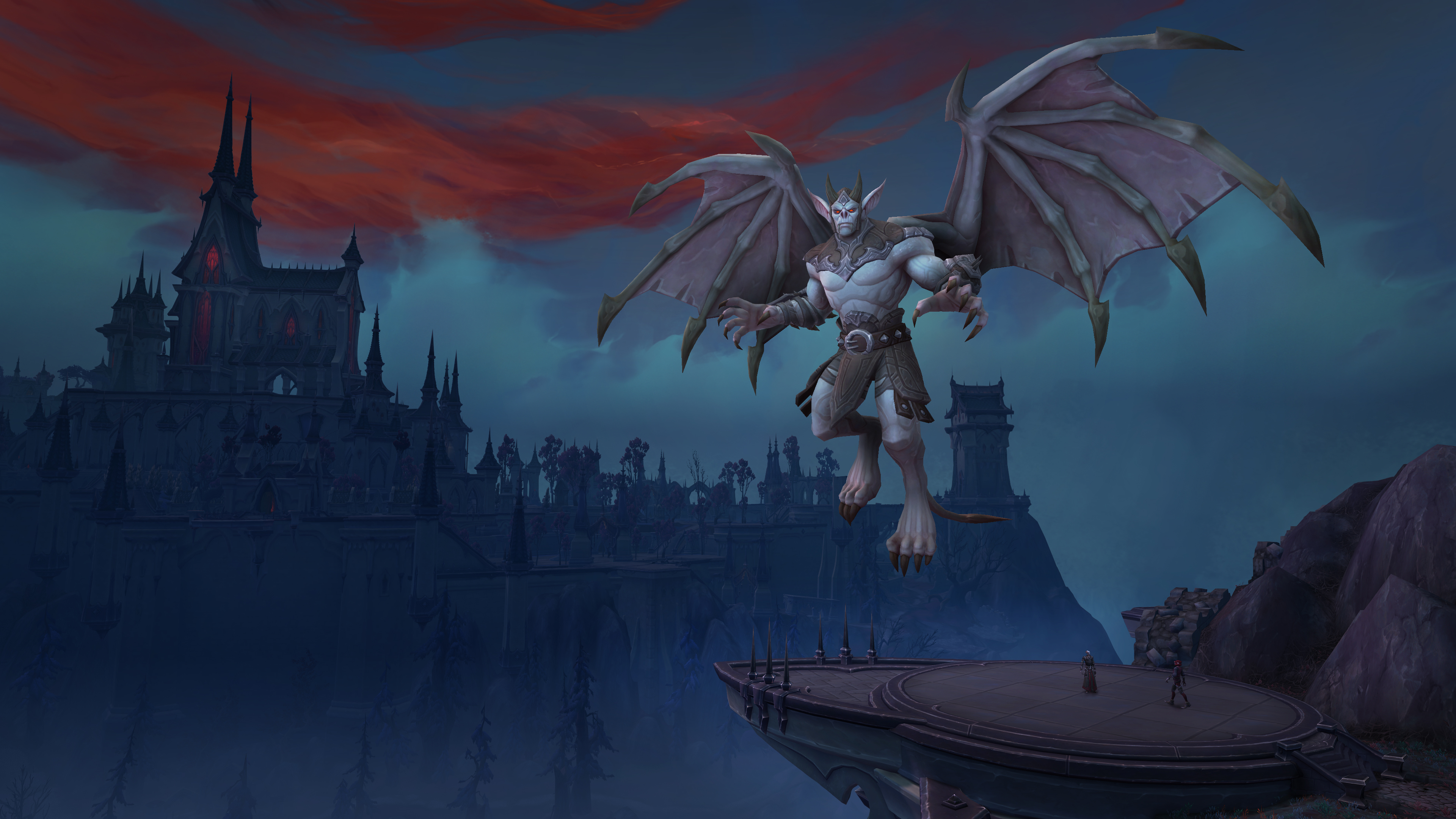 “Sylvanas’ impact over the years has changed the entire ecology in the Shadowlands and how death works,” Feasel continues. “We’re going to see how all of that plays out. Sylvanas has been an agent of mass, mass murder since before Teldrassil - that was one of the big things that caused souls to flood in there.

“One of the things we’re going to learn about in Shadowlands is those souls, they aren’t being distributed as they once were and they’ll all going to this terrible place called the Maw, a place where no soul can ever escape from.”

Usually the Maw is reserved for the worst of the worst, those irredeemable souls, but now everything is flooding into the Maw. Perhaps even those dogs. There’s nothing more scary than yer Maw, basically.

World of Warcraft: Shadowlands has been in development for a year and is coming at some point in 2020. Here's how the Covenant system works in Shadowlands.