Watch Dogs is getting a Limited Edition in North America, and while it is similar to the one announced back in April for the UK, there are some differences. 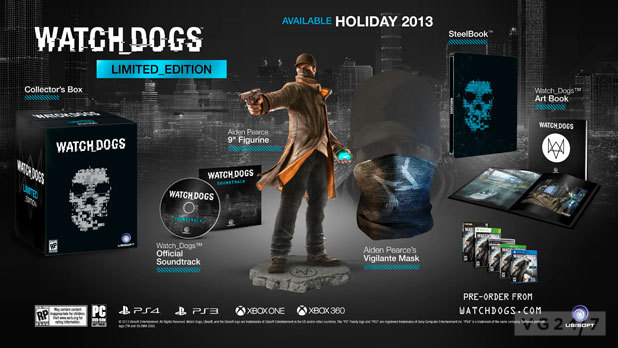 The Limited Edition for North America will cost $130, and include the following items:

Pre-order the collection now for PlayStation 3, Xbox 360, PC, PlayStation 4 and Xbox One.