When cars slide, they leave tyre marks. In a game like Driver, they’re an aesthetic touch, part of the inherent cool of a handbrake turn. But those dark shadows in the road also tell a story. From tyre marks, you can determine the speed of a vehicle, when it started to skid, and its ultimate direction of travel - long after the car itself has vanished into the distance.

The story of Driver’s transformation into Watch Dogs, and the consequent rise of one new Ubisoft franchise while an old favourite has languished, takes place a long time ago - ten years to be exact. Recollections are hazy, and one source contacted by VG247 initially said Watch Dogs’ link to Driver was an urban myth. But look closely and you’ll see the tyre marks: the telltale signs that show us how one bestselling series was supplanted by another.

When contacted for this piece, Ubisoft declined to comment. But the company’s North American president Laurent Detoc gave an interview to IGN in 2013, in which he revealed that the studio behind Watch Dogs was originally building a different game. “They were working on a driving engine, we had the Driver license,” he said. “At some point it changed. That’s at least three years ago, and then the Watch Dogs project reused some of the work that had been done on this driving engine.”

The way Detoc tells it, the game was initially wholly focused on driving, until a team reshuffle led to a new creative director and a project reboot. The result was an open-world game in which much of the action took place on foot.

“I wouldn’t say that Driver became Watch Dogs, because that’s not true,” he added. “That’s not really what happens. What happens is that a game gets cancelled, and then you take pieces of that game to make a new one.” 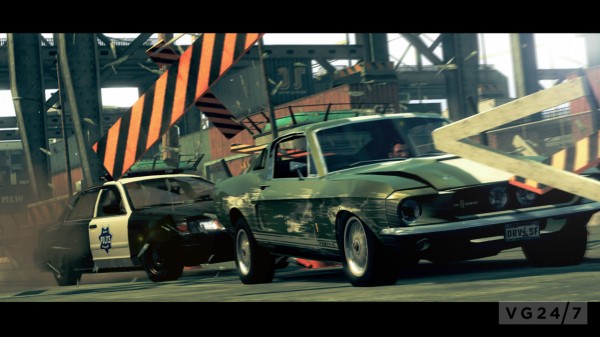 The story VG247 has uncovered is slightly different, however. Speaking to three sources - one working at Ubisoft, the second a former senior Ubisoft employee, and the third Driver’s original creator, Martin Edmondson - a picture has emerged of a game that gradually and organically grew beyond the bounds of the Driver license, birthing the Watch Dogs series we know today.

“The game that was released as Watch Dogs started life as a sequel in the Driver franchise, but was always largely what you see in the final product,” says the source at Ubisoft. “It was always modern day, it had on foot, parkour, combat as well as driving, all set in a large open-world city, and the main hook was always modern technology and hacking. After a while trying to make this concept fit into the Driver franchise, the decision was made to turn it into its own, new IP.”

Typically, a publisher will back a single game to reboot a series, then build on that foundation if it turns out to be a success. But Ubisoft was working on two distinct visions for what Driver could be at the same time. One, headed up by Edmondson in the UK at historic Driver studio Reflections, was subtitled San Francisco. Both bold and nostalgic, it locked players inside the car, just like the ‘90s original - but allowed them to swap between vehicles via a funny and fantastical concept called ‘shift’. Players would float disembodied through the city to possess other drivers, and have conversations with their passengers.

While development of San Francisco was underway, a team under Far Cry 2 veteran Jonathan Morin at Assassin’s Creed studio Ubisoft Montreal pitched and conceived its own Driver sequel. Reflections had no input on the story, which left out series characters like undercover cop Tanner, his partner Jones, and shotgun-toting villain Jericho - though it wouldn’t have been the first Driver game to do so. 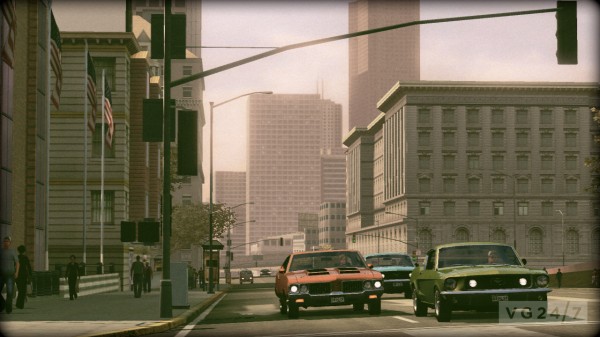 “Remember at that point we’d already taken Driver away from Tanner and Jones with Parallel Lines, which was set half in the ‘70s and half in the ‘00s,” the Ubisoft source points out. 2006’s Driver: Parallel Lines had also featured on-foot segments and shooting in the style of GTA. Though Ubisoft Montreal had never made a Driver game before, its interpretation of where the series could go next was rooted in what had come before.

The Montreal team was clearly mindful of the history it was stepping into, consulting Driver’s creator on his specialist subject: car handling. “We were working on Driver: San Francisco, and I remember being sent an early demo by one of the producers in Ubisoft, just to give some feedback,” Edmondson says. “Nothing to do with the game and all the hacking stuff that Watch Dogs was about, but just the handling models.”

The demo involved driving around a city. Edmondson commented on the feel of sliding cars around, and was told the player would be able to hack traffic lights and other elements of the world. “It was very, very early doors then,” he says. “It was so rough that the cars were not even properly textured.” 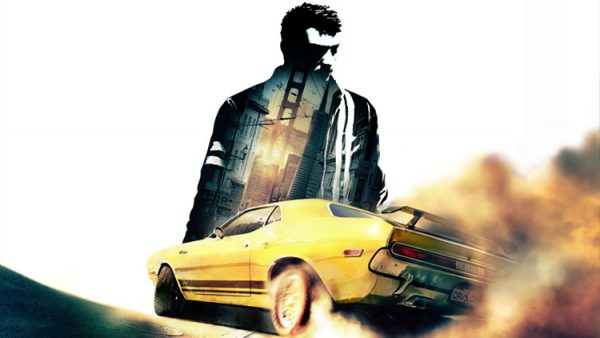 Edmondson doesn’t recall whether or not the project was pegged to be a Driver game at that time, but knows it didn’t use any code from Reflections - only the studio’s expertise in swinging muscle cars around corners. After that, Edmondson had his head down, getting San Francisco out the door.

Driver: San Francisco launched in 2011 to glowing reviews, but lacklustre sales. According to a former senior Ubisoft employee, it was the death knell for the series, “definitely the end of the road for that franchise”.

The same source says that Ubisoft Montreal’s Driver demo was rejigged in response, refocusing on its hacker fantasy: “They just did their own thing and convinced Yves [Guillemot, Ubisoft CEO] he could have ‘his own GTA’ instead of the low selling Driver.”

The source at Ubisoft disputes the timing, suggesting that Ubisoft Montreal’s Driver game had already morphed into Watch Dogs before San Francisco came out. But they agree that hacking was the aspect that pushed the project into new series territory: “It took it too far from anything that felt like Driver. They couldn’t make the concept fit with the franchise.” 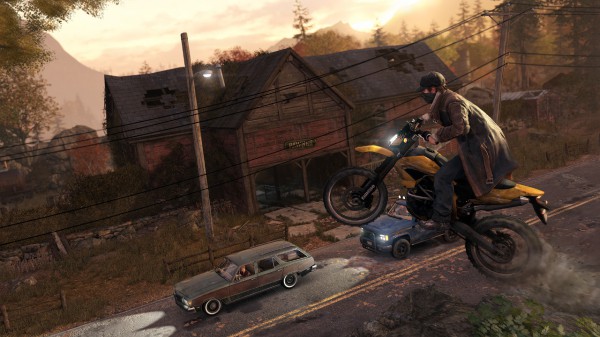 Both point to the same example by way of explanation: the transformation of a planned Prince of Persia sequel into Assassin’s Creed, some years earlier at the same studio. “It’s really the only way to get a new AAA IP there,” says the former senior Ubisoft employee. “Start with a brand and use that budget to build a demo and spin off. Watch Dogs was Driver, Assassin’s was PoP.”

The source at Ubisoft suggests this is a common way for new series to begin, across the games industry. “Devs love working on new mechanics and new settings without limitations,” they say. “Business loves the safety of making sequels and expanding a franchise with a loyal player base. Now and then a team push the bounds of a franchise too far, and if they can persuade business to get behind their concept, a new franchise is born.”

Ultimately, Reflections ended up contributing much more than feedback to Watch Dogs. Later in development, the studio handled all the building interiors in open-world Chicago, plus the art for the vehicles. Most pertinently, it designed the driving missions. There’s a dangerous sense of weight and hurtling momentum to Watch Dogs’ cars that divided critics at launch, but is recognisably Driver.

In fact, once you know to look for them, you can see Driver’s tyre marks everywhere in Watch Dogs. Like Tanner before him, Aiden Pearce confines himself to a grotty motel room when not on a job, and has a reputation as a wheelman for the criminal underworld - “the best driver in Chicago.” Missions have a tendency to resolve in high speed chases with kamikaze cops, in which you’re given ample opportunity to crumple police cars against hacked bollards, and rewarded by a slo-mo, cinematic crash camera. Watch Dogs even updated vehicular stealth as Driver first imagined it - asking players to stick to back streets, hide in garages, and as a last ditch option, kill the engine to evade the authorities. This was clearly a murkier, more miserable vision for the series than Driver: San Francisco, but no less valid. 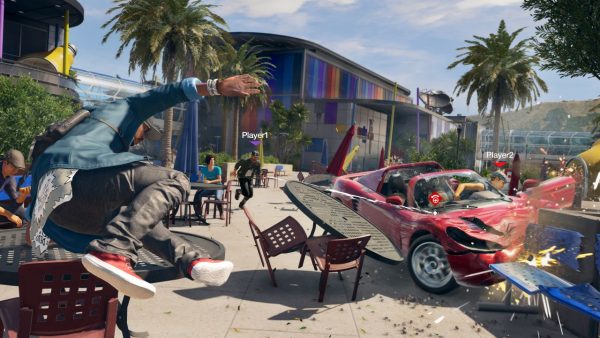 Morin remained in place as creative director until the end of the project, and resumed the role for Watch Dogs 2 in 2016 - a rare open-world game that’s more than the sum of its parts. Reflections was involved with the sequel, too, building a more responsive and crowd-pleasing handling model.

It would be natural for Driver fans to feel resentful of Watch Dogs. Driver has been dormant for a decade, and shows no signs of revival. While Reflections still exists within Ubisoft and contributes to the driving models of games like Ghost Recon, it hasn’t been let loose as the lead studio of a big-budget driving game since San Francisco. Watch Dogs, meanwhile, got a new entry from Ubisoft Toronto just last year.

Then again, the Driver sequel that became Watch Dogs was a bonus. If San Francisco’s sales really did doom the series, then Ubisoft Montreal found a way for Driver to live on in the DNA of a new game, with a different name. Bring up Marcus Holloway’s phone in Watch Dogs 2 and you’ll see that his taxi mission app is named ‘Driver SF’ - a rather sweet tribute to a series that may be gone, but still informs Ubisoft’s games today.

“I don’t think [Driver is] too restrictive,” says the source at Ubisoft. “There are loads of things you could do with it and different stories you could tell. But at its heart any Driver game has to be about driving, and genres go in and out of fashion. It’s not time for new driving games right now, but who knows in the future.”