Have you ever wondered what Half-Life 2's City 17 would look like in an atlas? Now you can find out!

Most of us love visiting and exploring video games settings, but some go bit further and map them. Konstantinos Dimopoulos is one such person - a game designer, writer, and urbanist who used his urban planning PhD to create an entire atlas of popular video game settings called "Virtual Cities".

How detailed could such an atlas be, you might ask? Dimopoulos released an excerpt about Half-Life 2's City 17 so you could see it for yourself. 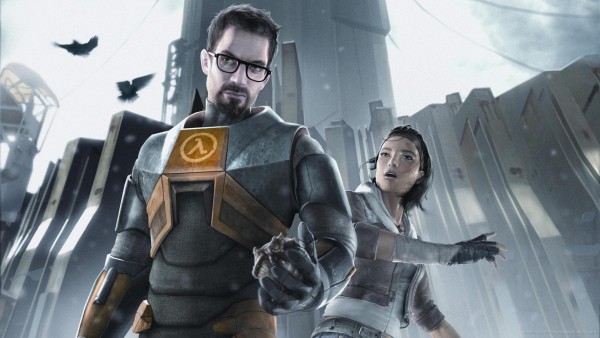 "City 17 is one of the most successful, coherent, economically designed, and memorable urban environments ever crafted," Dimopoulos writes in the excerpt. "The imposing alien tower, the Citadel, instantly sets the tone, and acts as a major landmark that keeps players both oriented and focused on their goal. Combined with a network of minor landmarks consisting of elements like the station square's obelisk or the horse statue it makes the city easy to mentally map, and thus legible."

The City 17 map includes many details from the game, from the train station where Freeman first arrives, to the waterways he uses to escape a few chapters later. Dimopoulos' text goes on to describe the possible history of City 17 itself, speculating on its 19th Century archetecture and detailing the functions of its post-invasion society.

Of course, Half-Life 2 isn't the only game setting Dimopoulos is working with. The final version of Virtual Cities will include similar reports on Grand Theft Auto's Los Santos, Fallout's New Vegas, Shadowrun's Hong Kong, and even the infamous Silent Hill. All artwork will be provided by Maria Kallikaki.

Virtual Cities' production is currently being crowdfunded through Unbound, with backer rewards that include map prints, collectible postcards, and the ability to suggest cities for the finished book. As of writing, the project has raised 75% of its fundraising goal.

"Every city featured in the atlas will be mapped through a combination of traditional and unorthodox cartographic methods including partial reconstruction, and the filling in of essential details, which allow us to visualise the often fragmented, incomplete, and out of scale cities of gaming in a cohesive way," Dinopoulos writes on the Unbound campaign.

No release date is available, as the book is still in progress. That said, you'd better believe I'll be pouring over every single map when Virtual Cities launches.