Ubisoft Massive does its best to avoid being "openly political" in The Division, according to the studio.

The Division studio Ubisoft Massive has gone out of its way to avoid making political statements in the game.

That's according to the studio COO Alf Condelius.

Speaking today during the Sweden Game Conference, Condelius said the studio distances itself from interpretations players put into the universe.

"It's a balance because we cannot be openly political in our games," he said, via GI.biz. "It's a universe and a world created for people to explore how to be a good person in a slowly decaying world.

"But people like to put politics into that, and we back away from those interpretations as much as we can because we don't want to take a stance in current politics.

"It's also bad for business, unfortunately, if you want the honest truth. But it is interesting and it is a discussion that we have, and it's an ongoing discussion we have with our users, of course, because people want to put an interpretation into the universe that we create and they want to see their own reality in the fantasies that we give them, and the stories that the games are."

Massive wants to leave it that way, too. It's up to the player to interpret the game, and whether or not they see "society moving towards" the events depicted.

In contrast, Massive's The Avatar Project has obvious political elements. It's based on the 2009 film from James Cameron, who said in too many interviews to count Avatar was a pro-environmental film. 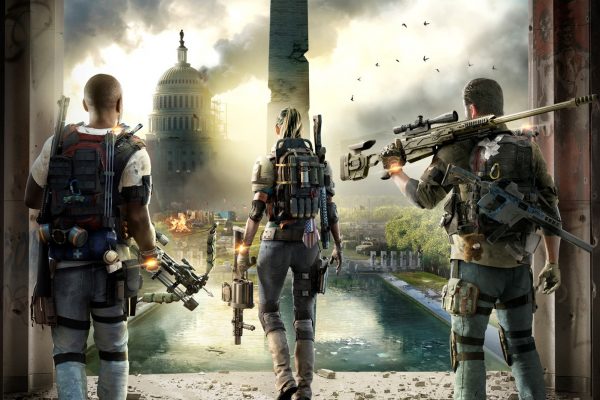 Condelius said the political subject matter in this case is unavoidable. Still, Massive won't use The Avatar Project to suggest which way players should swing politically.

"It has to be subtle for a lot of people to be attracted to it, it has to be undefined for many people to put their own definition to it," he said. "It has to be vague in some aspects while it's in a very well defined world.

"[If] we want people to play the game for hours and hours, then we cannot be very defined in what everything means."

A release window for The Avatar Project is unknown; however, The Division 2 releases on March 15.