Last Stand is the next expansion coming to The Division, and according to the developers, it focuses on organized PvP inside Dark Zones 7-8. 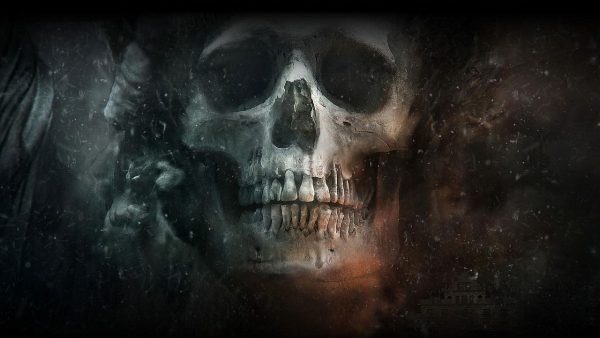 Before we dive into Last Stand information, here's two important things to get out of the way real quick: there won't be a Gear Score increase with this content for The Division; and a new Incursion is also coming with the expansion. It will be made available alongside Last Stand on the Public Test Server which will be open to Season Pass holders.

Okay, let's get you caught up on the information provided in today's stream.

According to the developers, Last Stand has some similarities to Domination Mode, but it's not technically Domination Mode. Players in The Division will join up in two, four-team attack squads. When a group of four is created, it will be matched with another group of four. If a player can't get a group together, they can go into the queue solo and get matched up.

Players won’t be able to queue up as an eight-man group, though, and each player will need to be level 30 in order to play.

Similar to the Dark Zone brackets, matchmaking is based not only on the player's current Gear Score, but also on how well they’ve been playing recently. The server will aggregate the recent performance of all the players in the group to ensure everyone ends up in a suitable game together.

A new form of balancing for player builds will limit the impact of Gear Set and stat randomness. This system will be tested on the PTS first, in order to gather feedback.

Last Stand is session-based with clear objectives and win conditions, but it will still incorporate aspects of the Dark Zone such as PvE enemies and Landmarks.

When playing Last Stand, the game will "always assume" the player's team are Division agents. The enemy team will be labled as Rogues - but only for lore reasons as Rogue mechanics do not apply in Last Stand.

When the match is over you can go straight back to the queue and don’t have to return to the main game to queue up again. A score read out will be provided to the player once the match ends, ranks will be earned, along with bonuses. 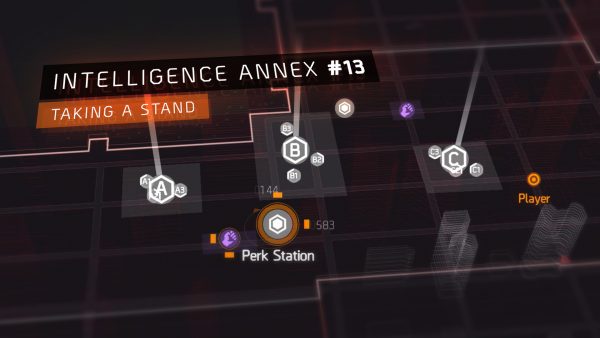 In Last Stand, the Dark Zone is split into four different maps roughly based on DZ 1-3, 4-6, and the new Dark Zone areas 7-8 and 8-9 respectively. Players will find out which zone they will be playing on via the matchmaking screen.

The screenshot of the map above shows the three tactical areas located in new Dark Zones 7 and 8.

As you can see, each map has tactical locations listed as A, B and C – all of which are divided into three "encryption points" which need to be controlled in order to start the data transfer.

Each objective on the instanced map will need to be completed in order to earn a score. Teams will need to control as many terminals as possible and neutralize points held by the enemy team. Once a team of eight has transferred enough information from the terminals, they will emerge victorious. Each match can last for a up to 20 minutes.

When terminals are captured, it will activate a spawn relay. This provides the player with alternative ways to get back into battle should they die. One is the ability to choose where to spawn from the megamap instead of from the list included in the normal game.

However, at any point during the match, the rules change, and this can allow the player to start automatically spawning close to team mates which sounds a bit hairy.

As noted earlier in this post, Last Stand doesn’t use the Rogue mechanic which means players can go into the PvP content without worrying about punishment occurring upon death- such as losing Dark Zone XP, keys, or other loot. Therefore, there's no need to dodge engagements when playing Dark Zones in Last Stand. 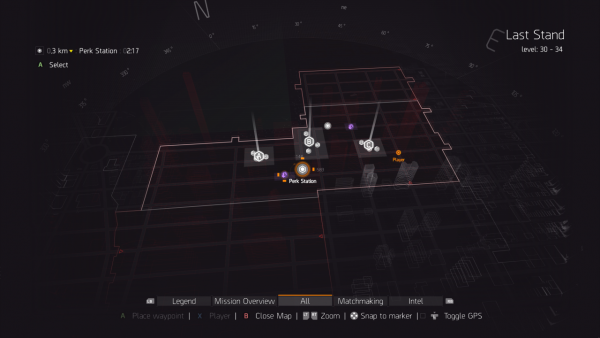 Along with the new 8v8 mode, regular NPC enemies will still be "roaming the streets," and the usual Landmarks remain.

These NPCs are guarding control points, with the central control point always guarded by Elites. The NPC enemies, except the ones guarding the tactical locations, will respawn continuously during a match and the Landmarks reset faster than in a typical Dark Zone. They won’t drop regular loot, so there is no need to worry about extractions.

Killing the NPC enemies will reward the team with Strategic Homeland Division (SHD) tech. This team resource can be used to unlock tactical boosts such as faster data upload speed or more points for killing enemies. This also includes fortifications left behind by the Joint Task Force (JTF).

These boosts aren’t permanent as they only work for a set amount of time. Once set milestones are met during a match, tactical boost stations will come online.This is where players will use the aforementioned SHD tech resource as a currency for bonuses.

In Last Stand, a new progression system is being introduced. Similar to Underground, players will gain special XP and Last Stand ranks, up to a maximum of 40. Ranks will not work the same as Dark Zone ranks, so the player will never loose them. Rank is also taken into account when matchmaking.

Each rank rewards the player with a sealed cache of items, and at certain set milestones during progression they will unlock exclusive vanity items. These cannot be found anywhere else.

The mode also comes with two full vanity sets and two sets of weapon skins. Player will continue to earn Last Stand XP and caches even after hitting maximum rank.

More rewards will be doled out every time the player's team wins, but over the course of a match, the game will track over 30 actions which might be performed. Once the match ends, players will be ranked according to how well they did, which is similar to how it works in Survival, and will be be rewarded accordingly.

All rewards are given out at the end of the match.

Along with PvP, Last Stand will also include Dark Zone 9, and while a PTS isn't ready just yet, the team will announce when it will be available, soon.

There is PvE included in 1.6, so that should please those who aren't interested in PvP even more. And more PvE is also in the works. We won't know more about that until tomorrow, when more information is released on the official website.

A dedicated PvP arena-style area is also under consideration, but no further discussion took place regarding such content.

A release window for The Division: Last Stand or update 1.6 was not provided, but both are expected to release sometime before the end of winter 2017, and simultaneously.

Neither will be a timed console exclusive, either. Some were worried about this, despitethe original announcement of a simultaneous release on all platforms.

Last Stand will be available as a part of the Season Pass or as a separate purchase on PC, PlayStation 4 and Xbox one.

Expect a rundown of today's stream and other information provided to be posted soon from Arekkz. He will be able to explain things in a more concise manner, much better than I could ever attempt, and there won't be a wall of text to hurt your eyes.

Once more information from Ubisoft Massive drops tomorrow, we will let you know.