Hacking might be as simple as pushing a button in The Ascent, but you’ll need the best cyberdeck hardware to crack the ICE protecting some of the game’s most desirable loot.

Across your adventure through the Veles arcology, you’ll encounter locked doors and chests with an ICE rating from 1 to 3.

The strength of your cyberdeck determines your ability to bypass this digital security and claim the glittering goodies waiting for you on the other side.

Collecting all of the cyberdeck upgrades throughout The Ascent not only opens the right kind of doors, but also lets you hack vending machines for free healing without parting with your hard-earned Ucreds.

Here’s where to track down every Cyberdeck upgrade in The Ascent.

The Ascent How to open ICE doors and chests

As you make your way to the top in The Ascent, more inquisitive indents will come across locked doors and chests which require a certain level of ICE breaking capability to open.

There are 3 levels of ICE, and as the higher tiers start to appear across Veles, the means of opening it is usually close by. For example, if you come across an ICE level 3 chest, then equivalent cyberdeck upgrade will probably be in an adjacent area of the city.

Once you’ve acquired a cyberdeck upgrade, it’s automatically equipped, and you can view your current hacking capabilities in the character menu.

With the right level of ICE clearance, you just need to press “C”, or the hack button on your controller to open the door or chest.

A fully-specced out cyberdeck isn’t something you can preemptively collect right at the start of The Ascent. As you climb the ranks and visit new parts of the city, you’ll find new upgrades in nooks and crannies almost everywhere.

Keep on the lookout throughout the game, and by the time you start to approach the endgame, you’ll be able to open ICE level 3 doors and chests, no problem.

The first cyberdeck upgrade is found in the northwest corner of Cluster 13, at the end of the alleyway next to the armor shop. 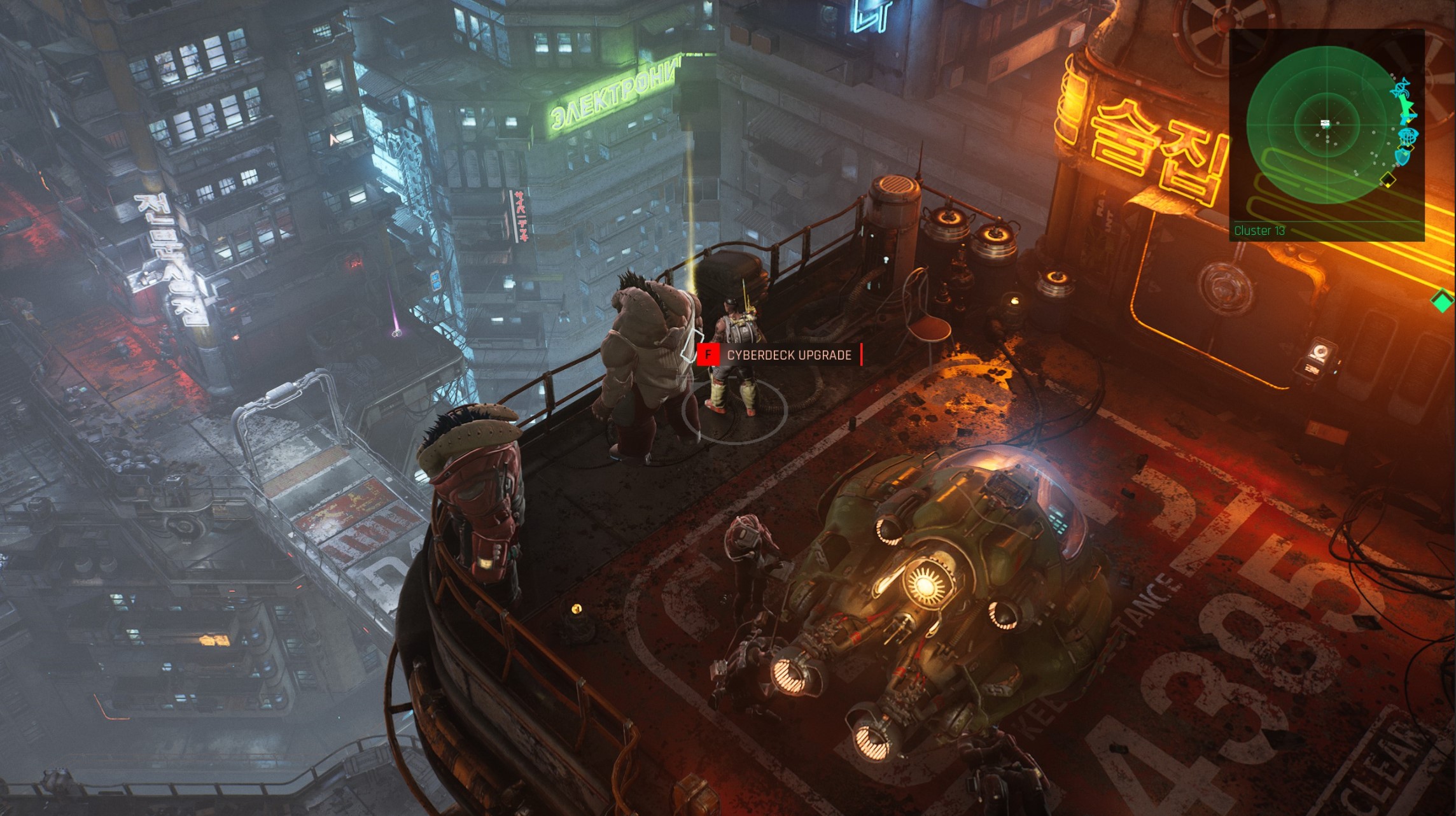 You can access it as soon as you find the area. 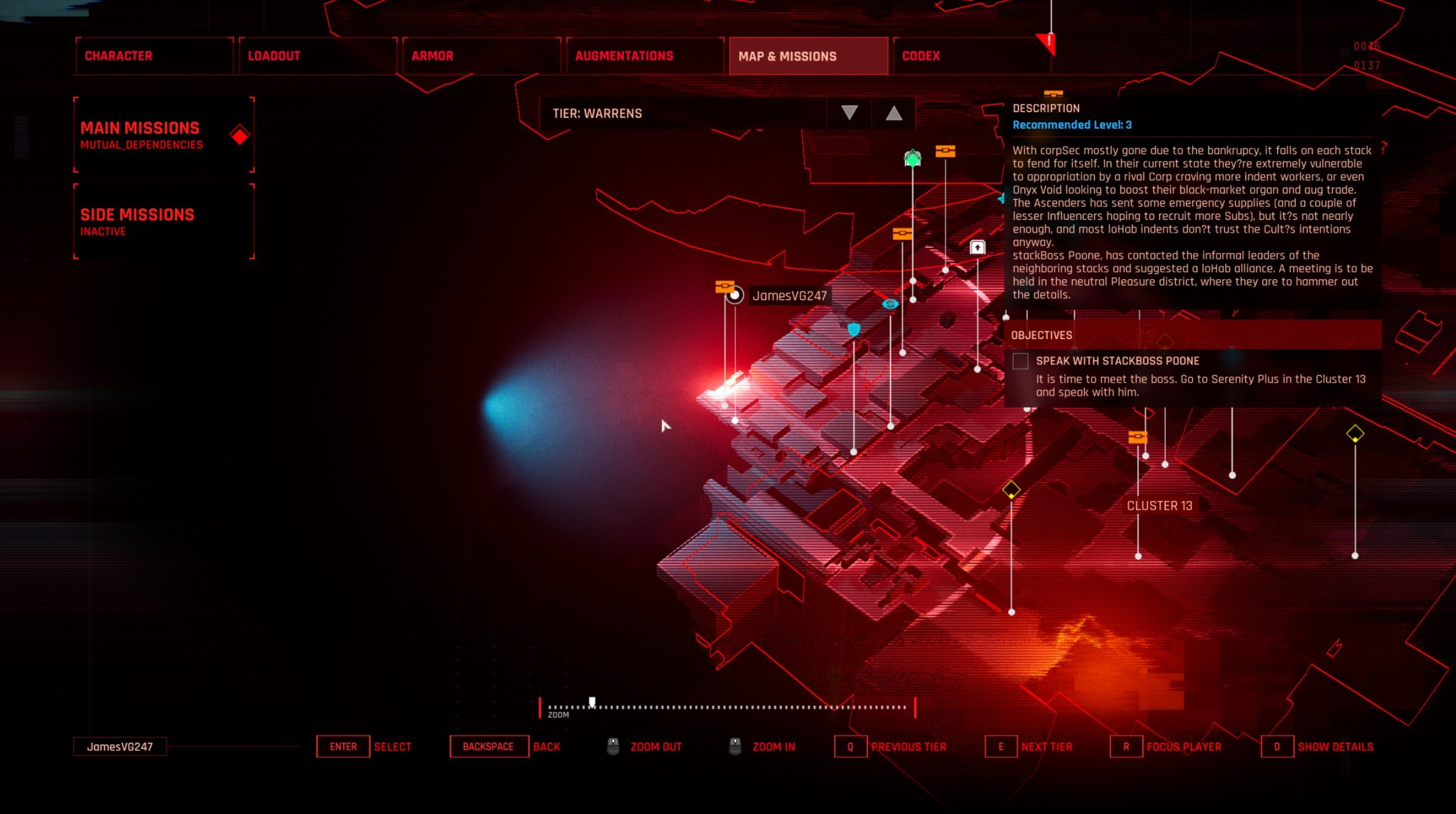 No Man’s Land Cyberdeck Upgrade
Soon after the last upgrade, you can find the next one in the No Man’s Land area. 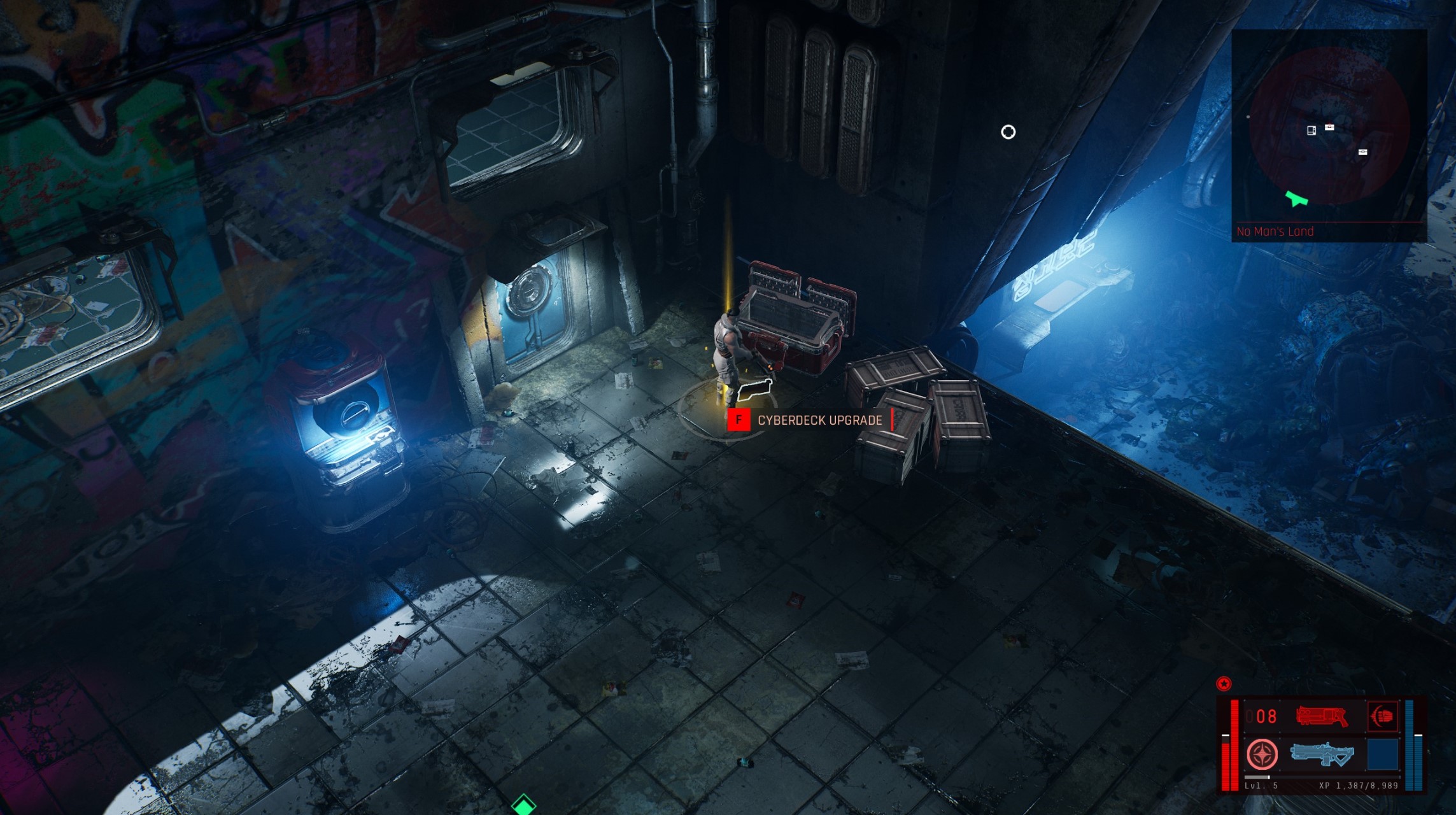 It’s to the north of Cluster 13, after going through the Rooftops and Gratitude. 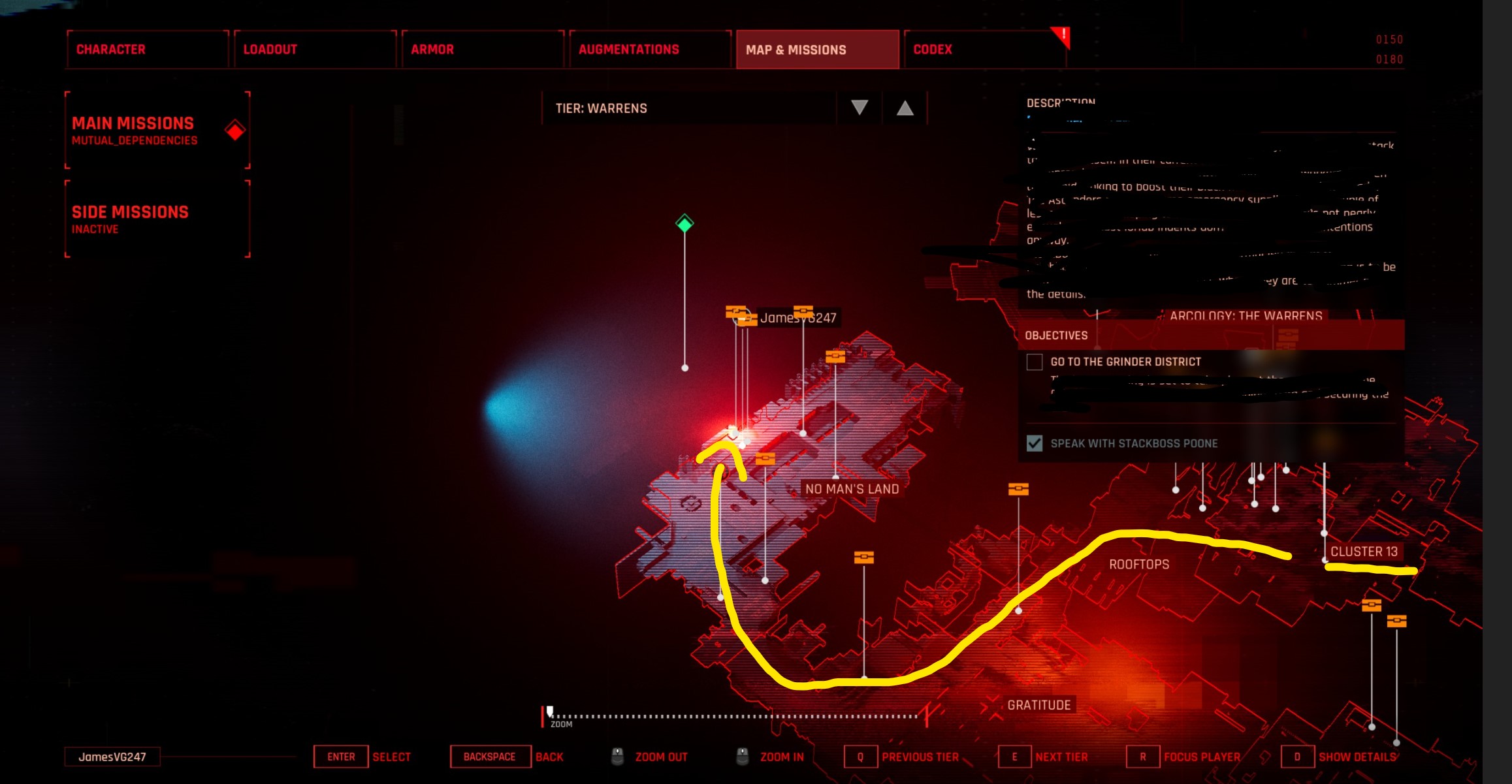 You shouldn’t miss this one. Coder’s Cove is a mandatory story area after you visit the Black Lake Towers area of the city. 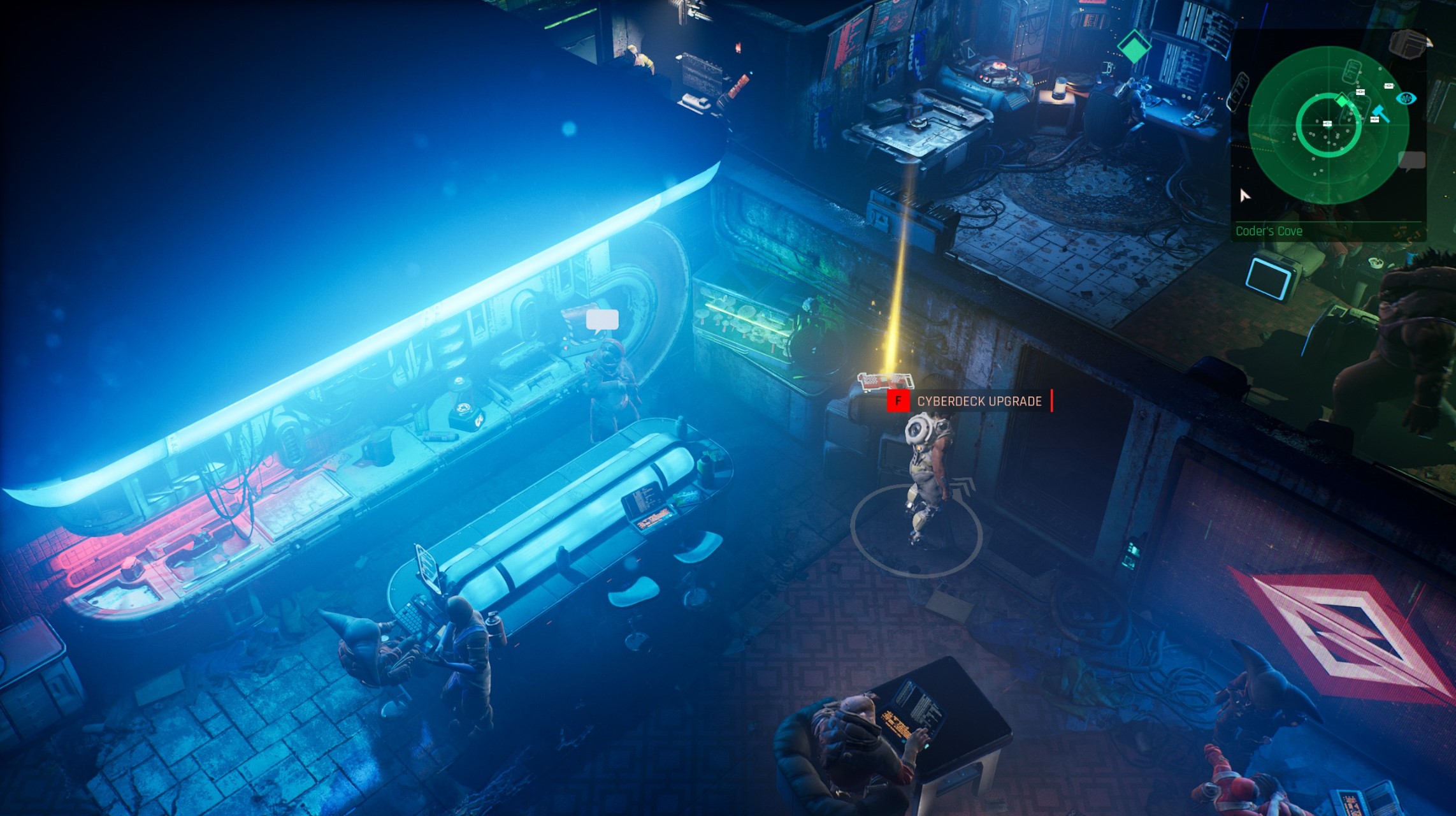 The upgrade is in the room next to your objective.

This is another story area that doesn’t appear on the main map. 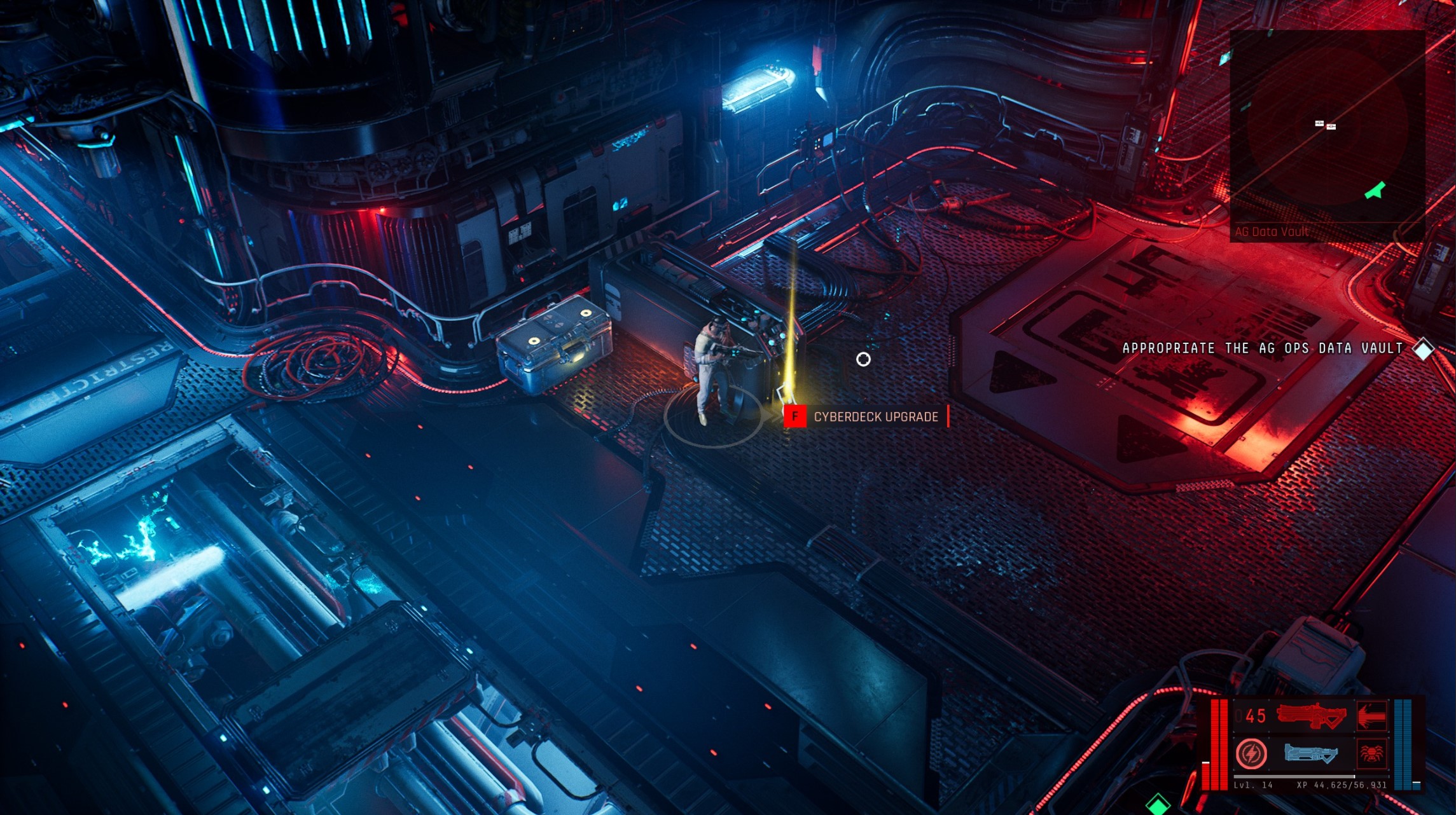 Keep an eye out for the chest icon on the map after you’ve made your way through the DNexus area during the story mission: “Data_Miner”.

In The Glut, which is part of the Highstreet tier with The Node, there’s a tall abandoned building with a green door you pass as you make your way to other areas. 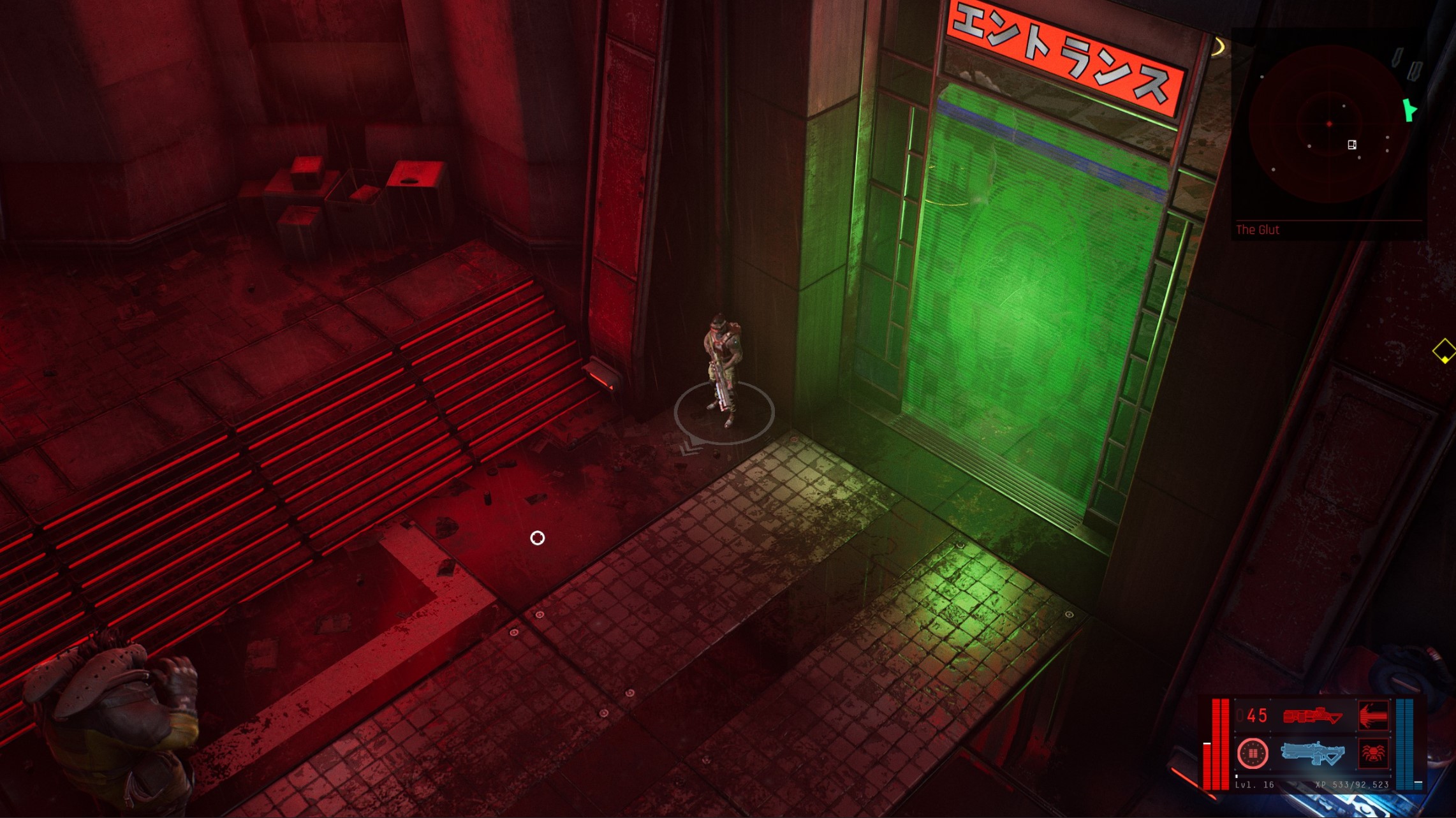 This is part of a side quest where you fight a giant mech inside this building, but there’s also a cyberdeck upgrade on the desk before you reach the mech. 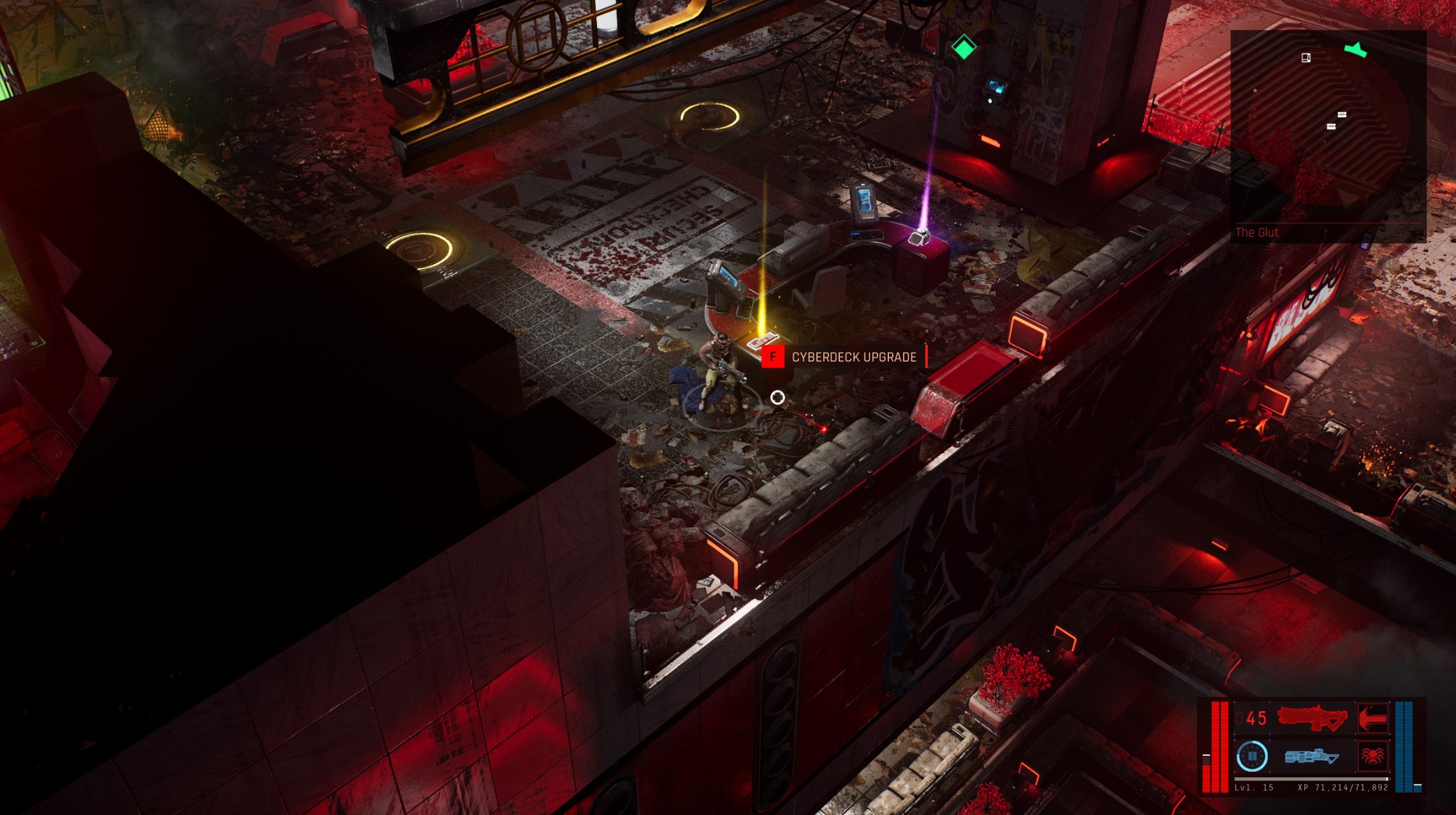 Make your way from the door around the outside of the building until you reach the upgrade. 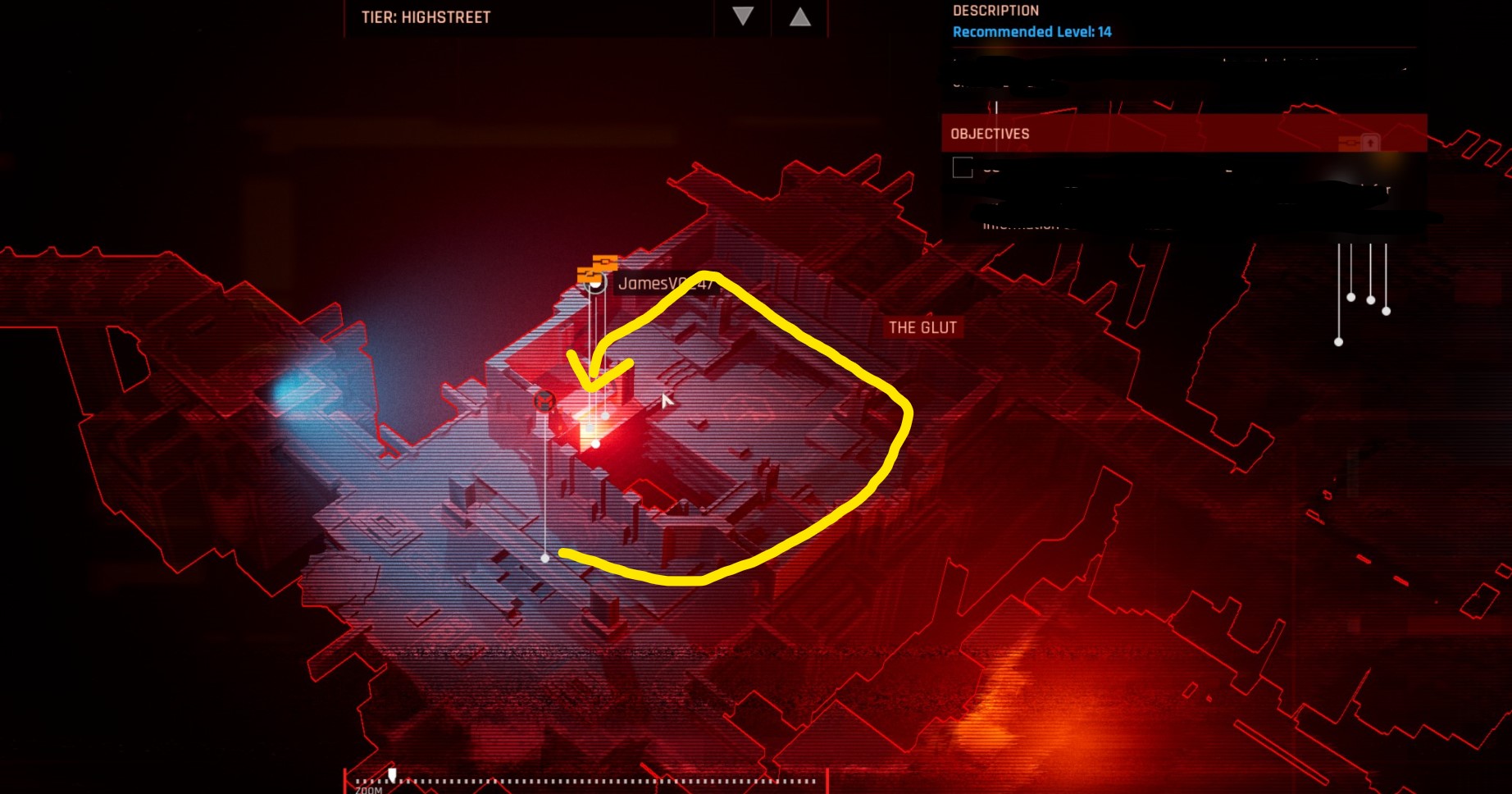 Explore the Cosmodrome area, and in the northwest corner you’ll see 2 chest icons next to each other.

To get to them, look for hangar doors marked either C6 or C7. 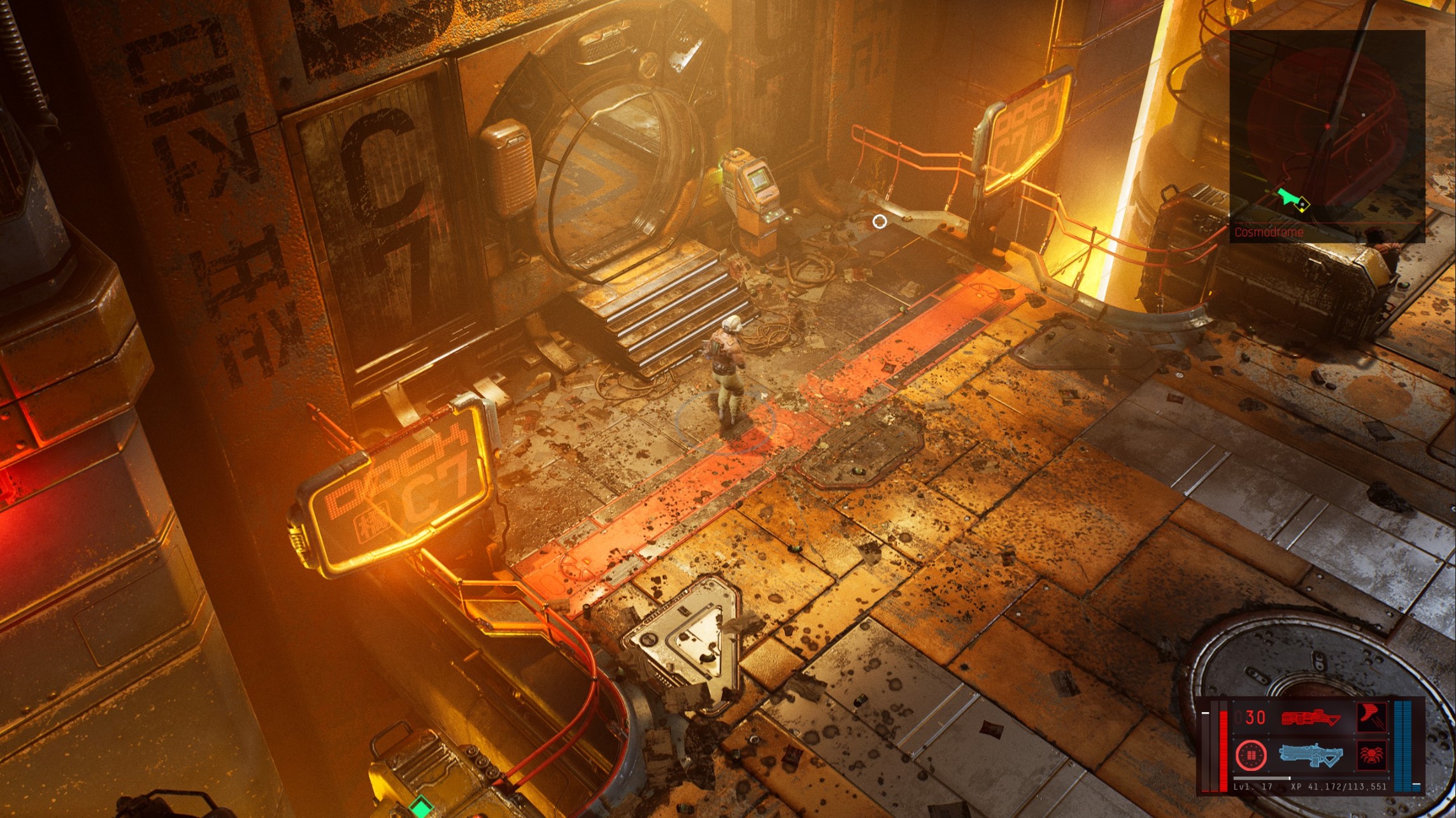 Hack into them, then work your way around to the chest icons. 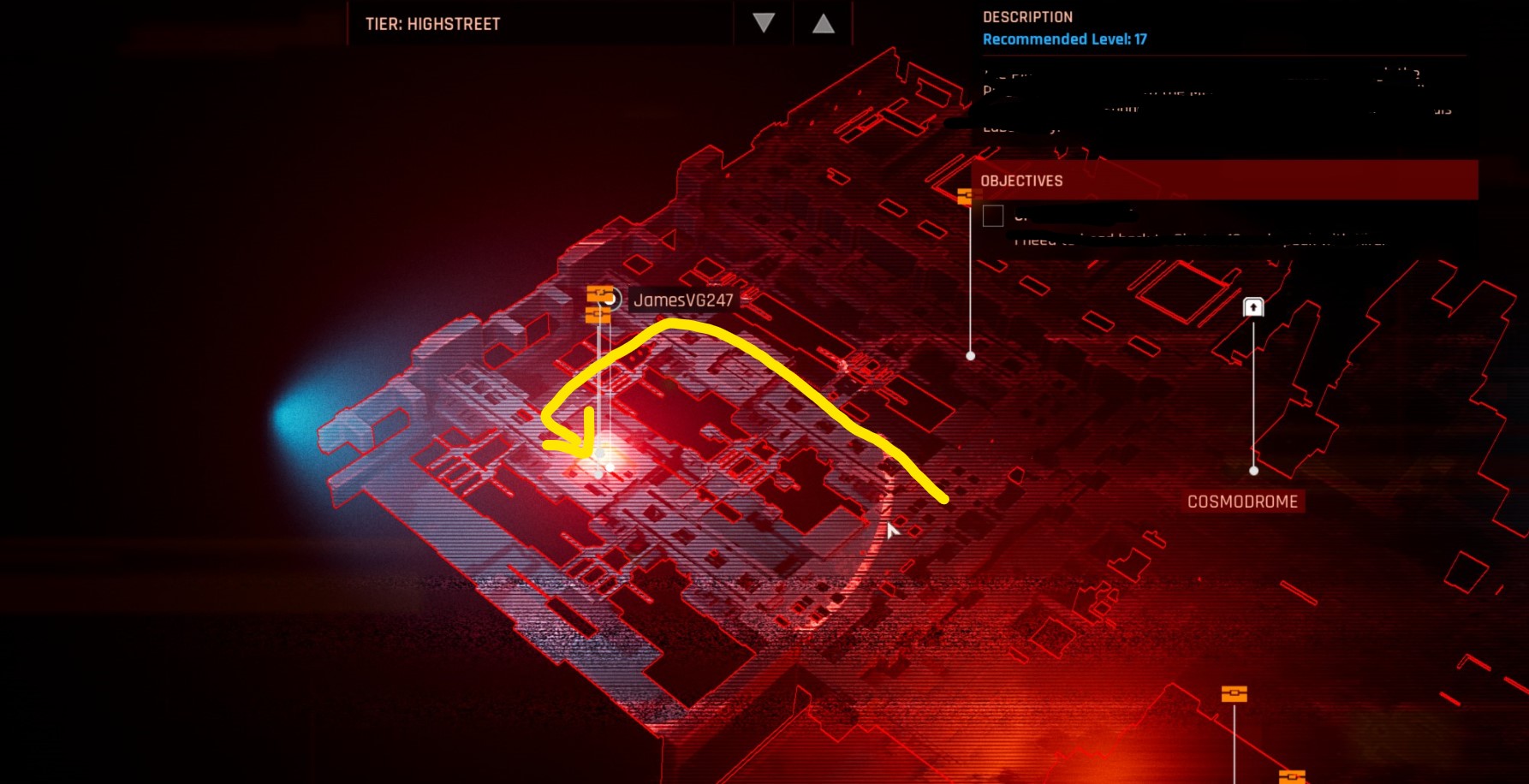 One of the chest icons you find is a cyberdeck upgrade. 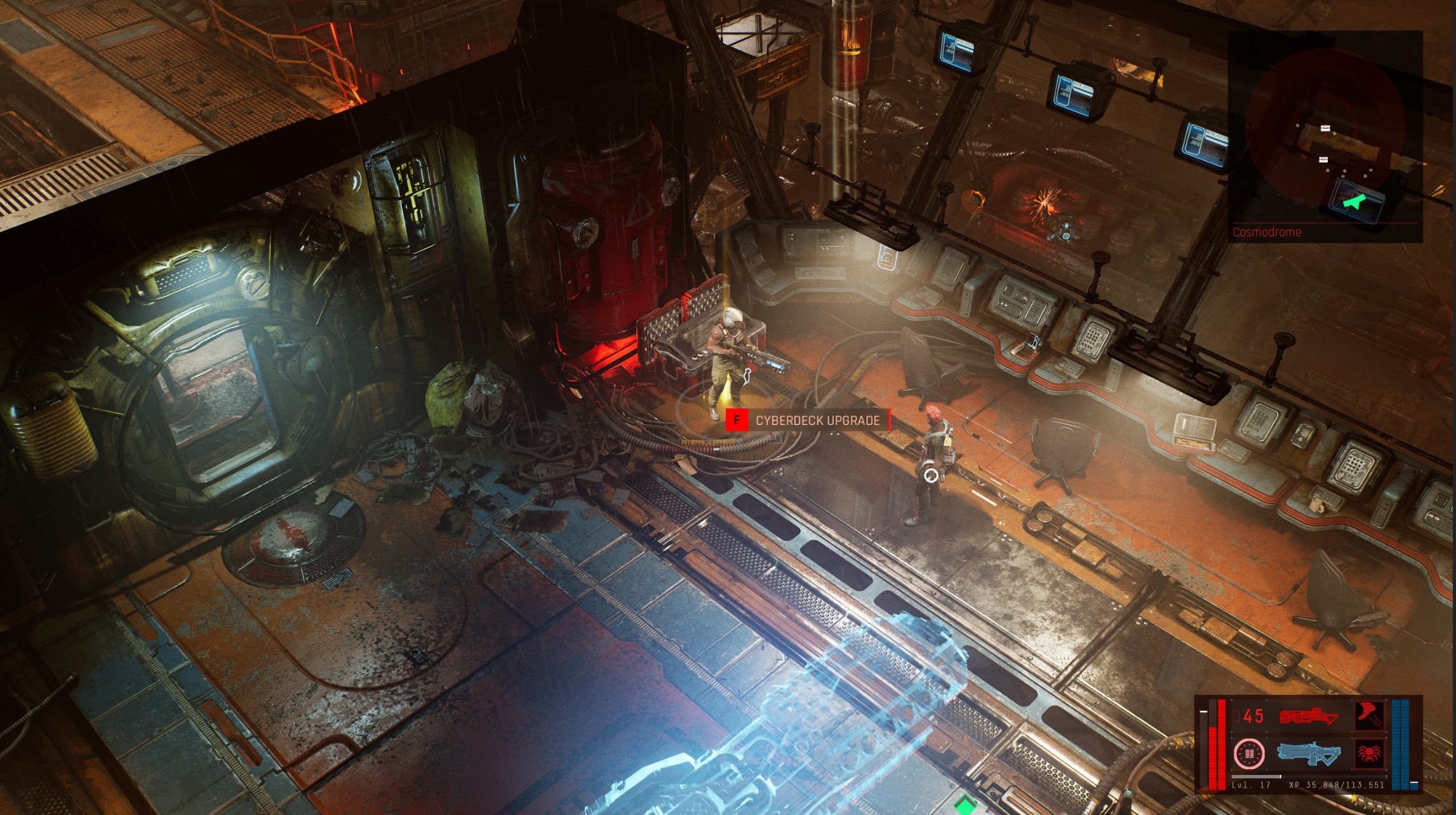 This is another pretty unmissable upgrade that you find in the security office when you visit Lanier’s Apartment. 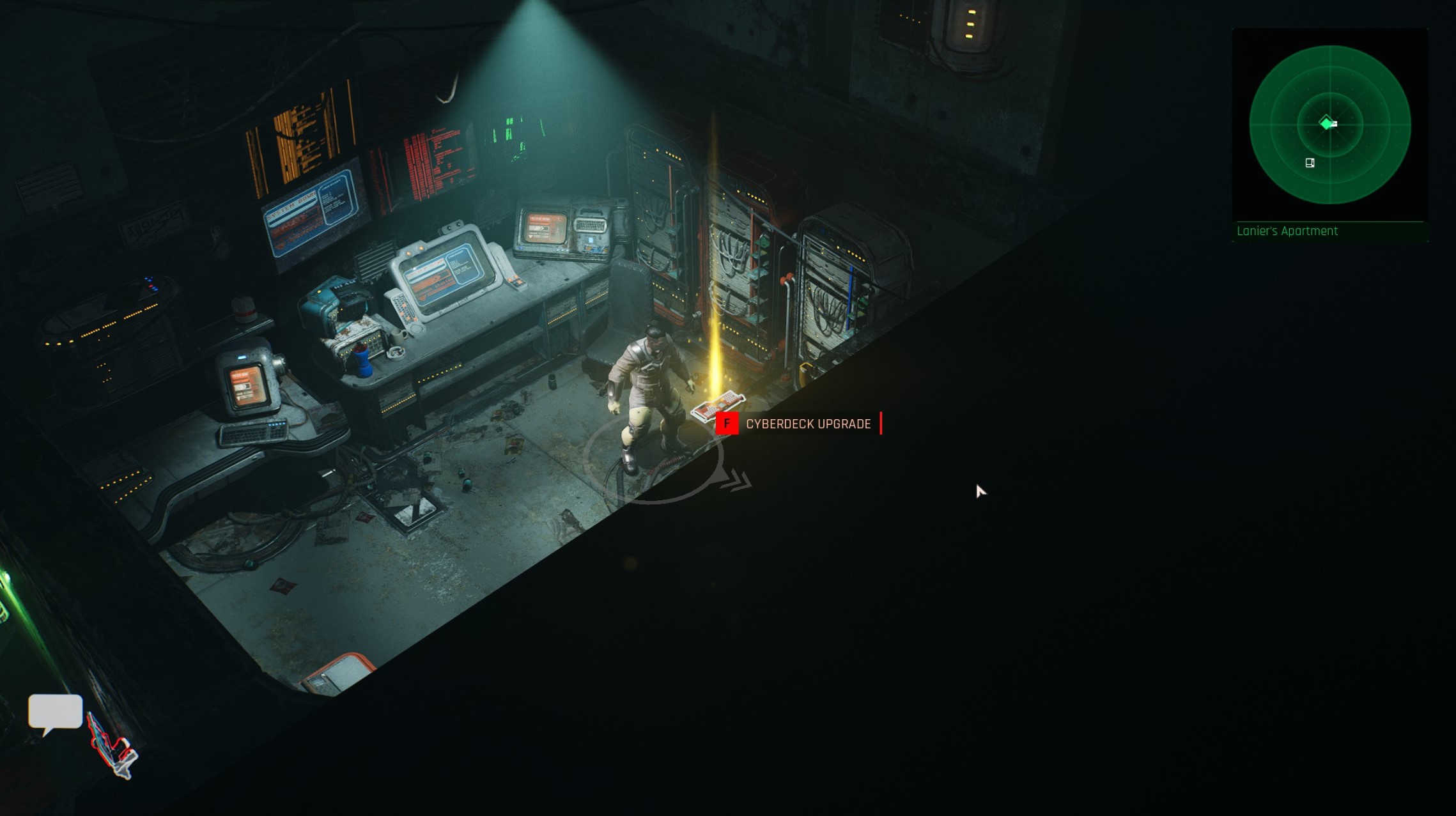 Like a couple of upgrades before this one, the ExMat Lab is a story location that doesn’t appear on the map. 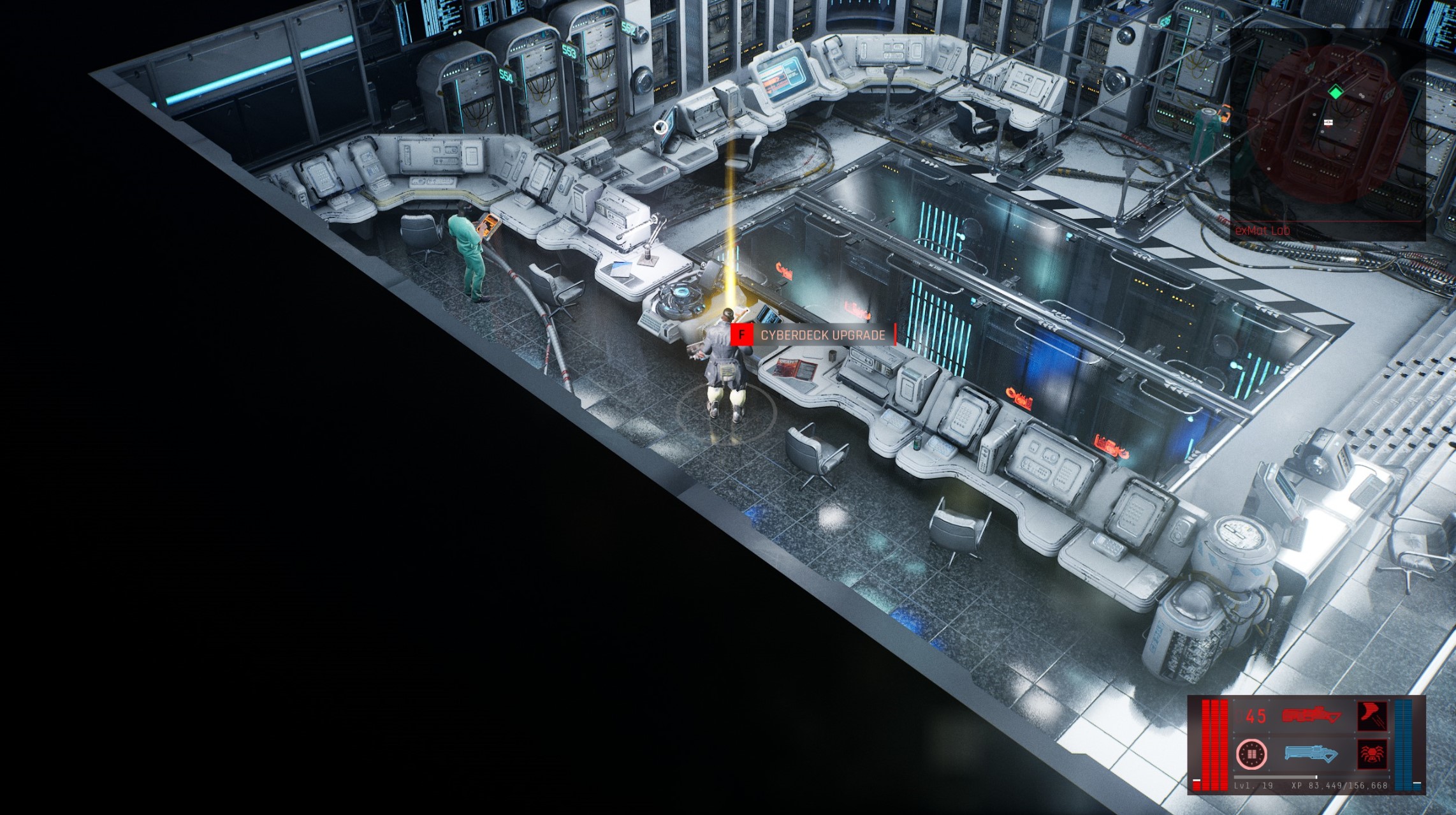 When you visit as part of the “Trace_Protocol” quest, look out for it on the left-hand side of the building.

Showing you any more of the location of the final cyberdeck upgrade would be kind of a spoiler.

But when you visit the Pinnacle area of the Arcology, take a detour from your main quest objective over to the right and you’ll find the last upgrade at the map marker below. 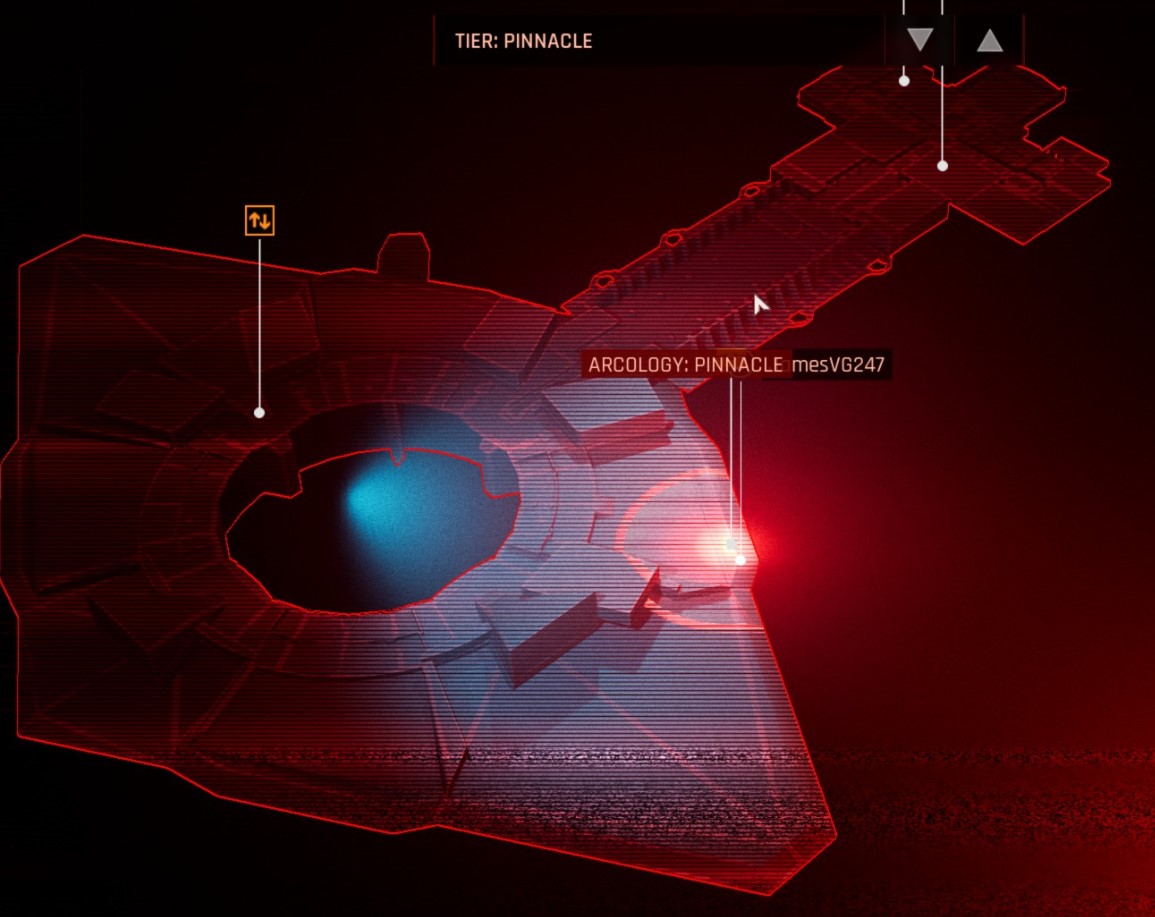 For more on making your character the best they can be, here’s our guide on character builds, attributes and skills in The Ascent.