As you begin The Ascent your character’s attributes start at nothing, but as you build your way to the top, your skills will rival the best.

Crafting the best character build from the dizzying array of stats, points, skills and attributes can be a confusing task.

How skill points affect your character is one of the least well communicated parts of The Ascent, so we’ve broken down each part of the system so you can make the most of the levels you gain.

First we’ll discuss what each skill does and what kind of playstyle it benefits. Next, we’ll touch on how the skill points you invest affect your more general attributes, before finishing with a look at an example from one end-game character.

Here’s how to spend your skill points to make the best character builds in The Ascent.

Here’s a quick run-down of all the Skills in The Ascent and which kinds of characters they’re best for.

Tactical Sense is all about grenades.

If you fancy building a character that can freeze enemies in place with stasis, regenerate health with a rejuvenation field, or call down a mini-gun wielding mech suit, then invest in Tactical Sense.

Otherwise, you can safely leave this Skill on 0.

If you’re using an assault rifle, SMG, or any other fast-firing weapon then buffing your Critical Hit Rate is a fantastic choice. In fact, this is one of the Skills I’d recommend raising to 20 by the end of the game.

At its strongest, a critical hit chance of 20% makes the most out of every clip of ammo you fire out and massively increases your DPS, especially if you’re playing solo.

However, if you’re prioritising a slower-firing rocket launcher, shotgun, or handcannon, then you can look to invest your points elsewhere. 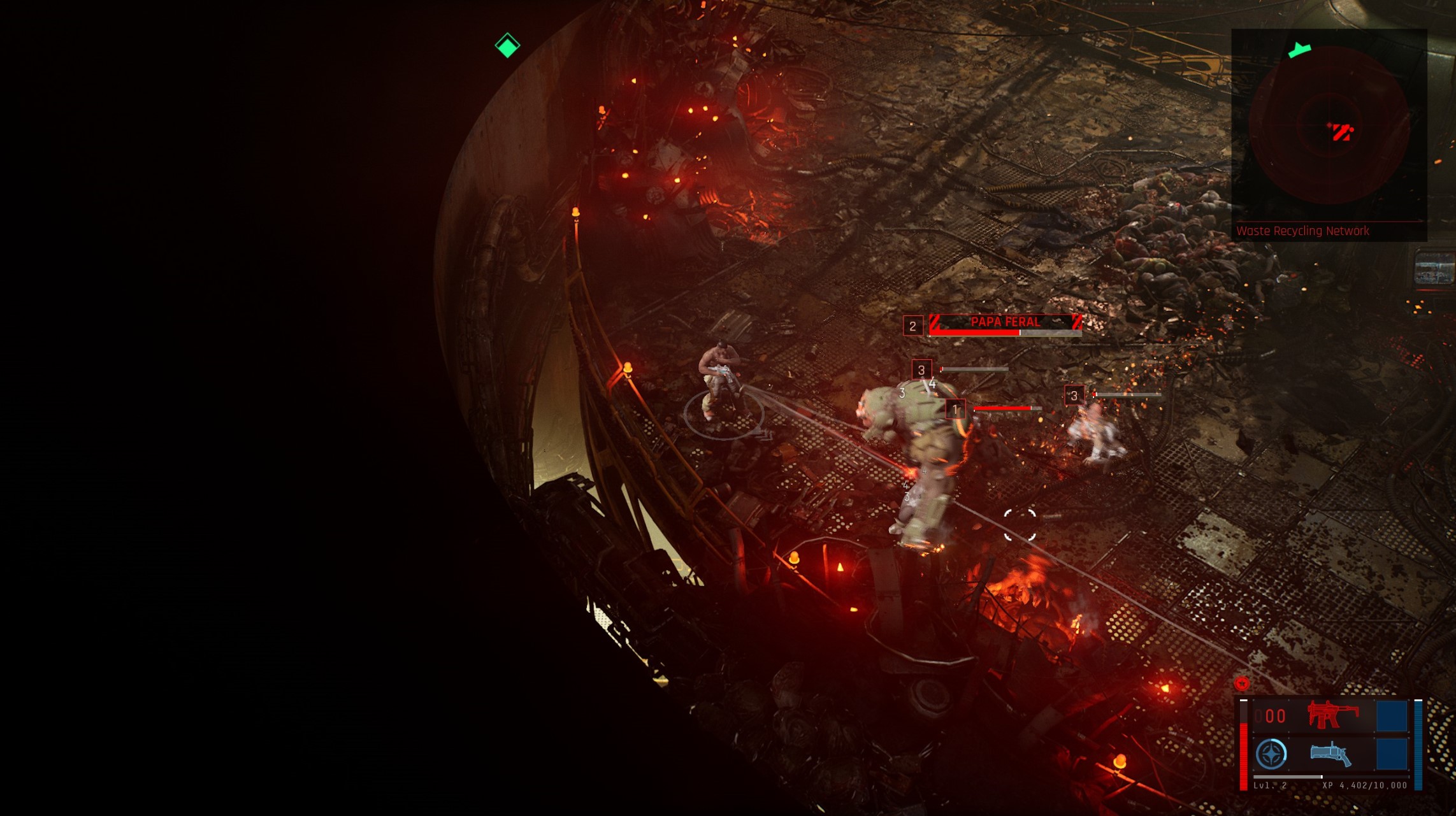 Weapon Handling is important for every type of character in The Ascent, but it’s not a Skill you’ll need to max out.

While your weapon reload speed is very important, I’ve found that placing it around 10 for much of the game is solid enough. But again, if you’re using a rocket launcher or other heavy weapon with a slow reload, then you can invest more heavily here.

If there’s any of the Skills I’m not sure about, then it’s Aiming. In personal playthroughs I quite happily spammed assault rifles with no negative effects with 0 Aiming.

But if you’re finding your sniper shots start to go AWOL under pressure, then this is what you need to pour points into.

If you’re using a heavy weapon of any kind like a mini-gun or rocket launcher, then you need to invest in Balance. This is because it buffs your movement speed while firing heavy weapons, which is massively important as you reach the end-game.

Towards the end of the campaign, if you’re moving too slowly, you’ll just get overwhelmed.

The Ascent has an underratedly powerful cover system, which you can use tactically to pick off ranged enemies. However, if you’re more into a run-and-gun style of game, more like a traditional twin-stick-shooter, then put a few points into Evasion.

This is especially useful in boss fights when you’re constantly put under pressure, so it’s worth adding around 10 points into Evasion for most characters. 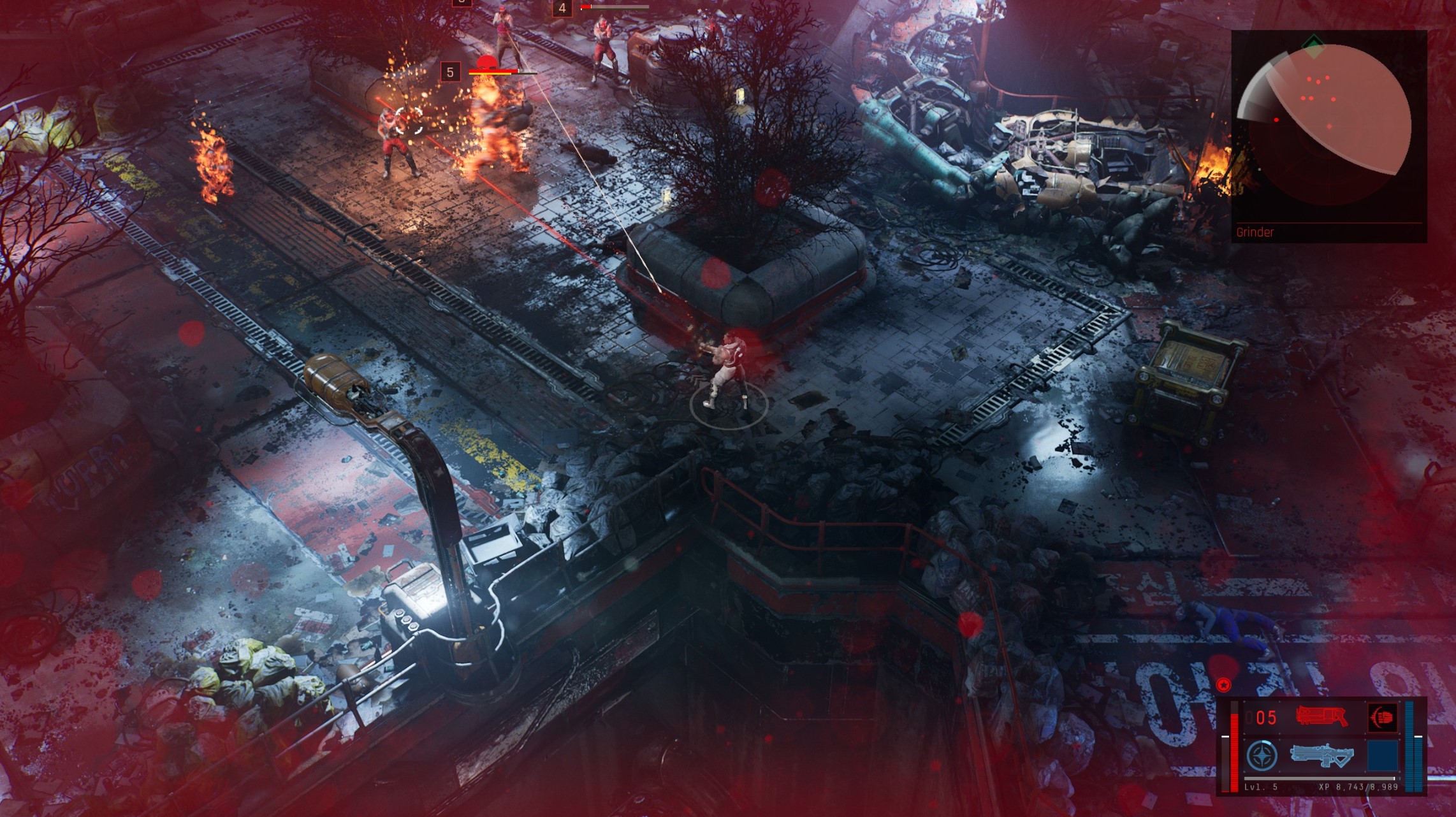 No questions asked, you’ll want 20 points in Vital Signs by the end of the game. The Ascent is tough at times, and brute forcing your way through difficult set-pieces with a large health pool is a very viable strategy.

It’s easy to forget about Augmentation abilities, but if you spend some points in Body Battery, they can be very strong.

If you’re playing solo, then you can use Augments to summon friendly NPCs to take the heat off your character. This greatly increases your survivability in late-game areas, giving you space to reposition and heal.

When you spend points on Skills in The Ascent, you gain points in 4 Attributes too: Cybernetics, Motorics, Frame, and Biometrics.

You can also gain points in these Attributes from pieces of armor as well.

It’s very unclear what these do just from looking at the character screen, but Attributes increase the effectiveness of your Augments. 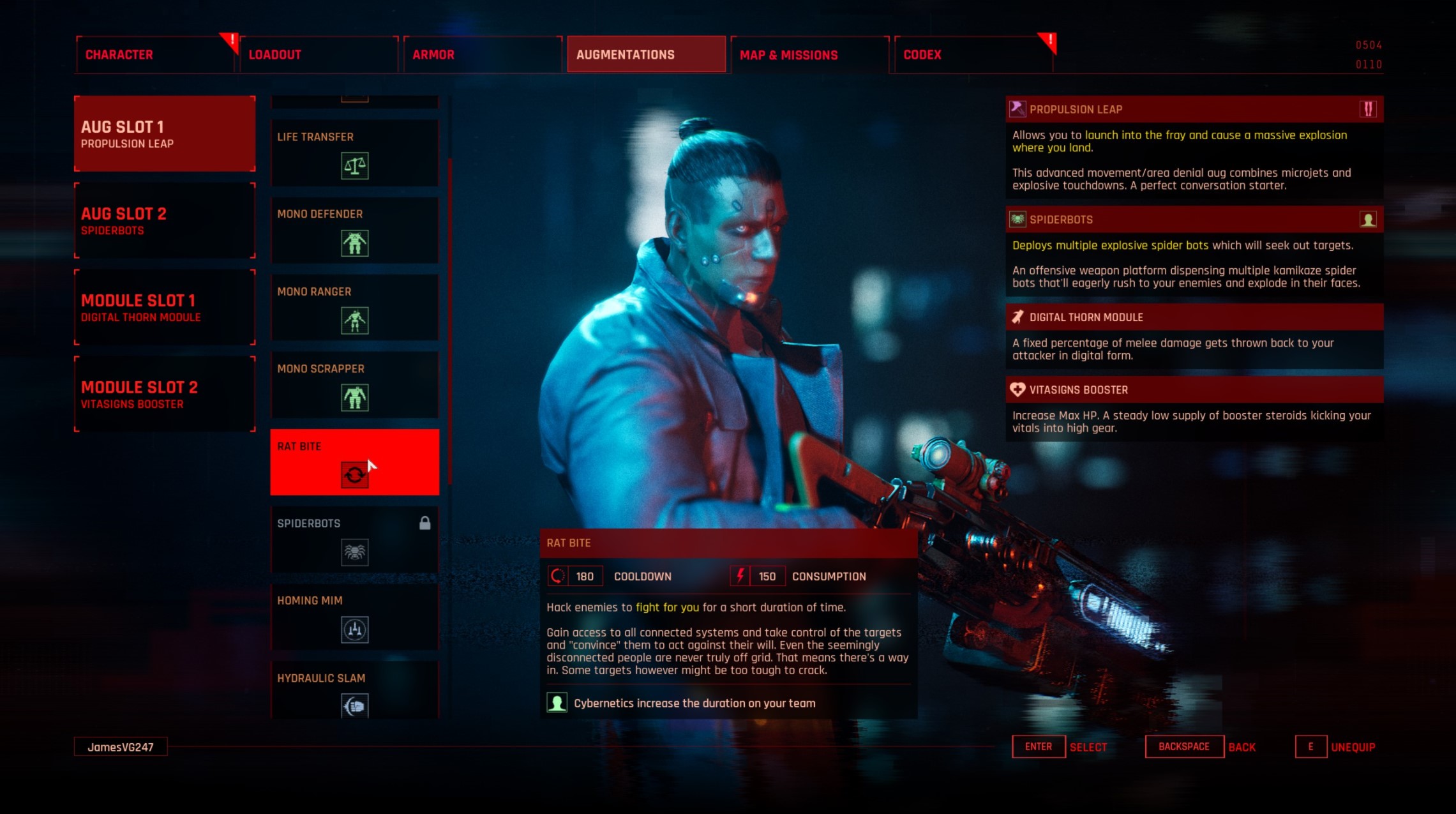 If you go to the Augmentation menu and hover over one, you’ll see some text at the bottom of the box.

This shows which Attribute scales the effectiveness of the Augment, as well as the effect it has.

Take this into account when picking your Augments, and when choosing your armor pieces.

The Ascent Character Builds to aim for

Here’s a look at a level 25 character I completed the game with recently. It includes both normal level up points, and the few you find scattered around the open world. 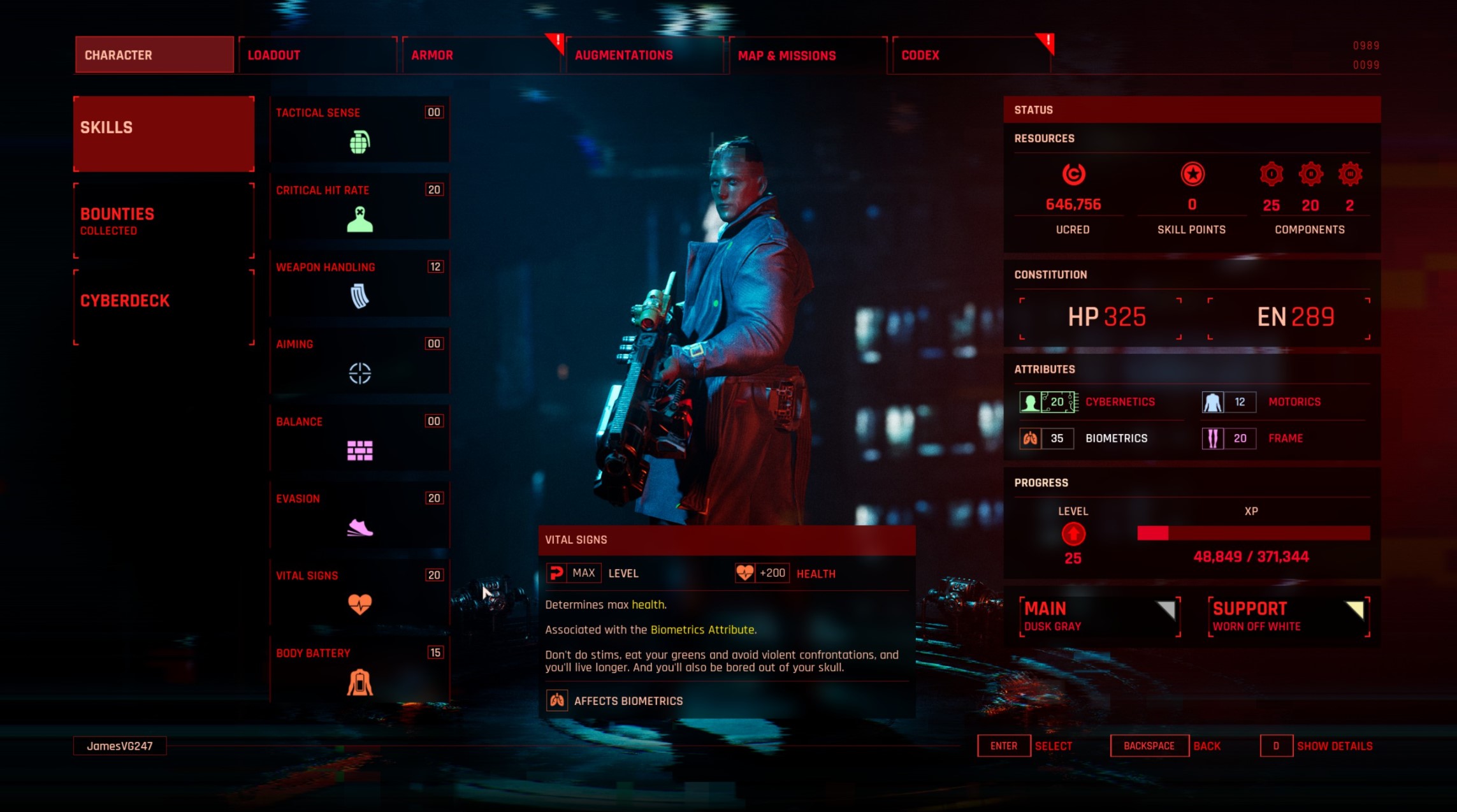 With this build, I focused on a run-and-gun playstyle which relied on NPC-spawning Augments to take the heat out of swarms of enemies, while spamming bullets from the homing energy assault rifle.

At 12 Weapon Handling the reload was pretty instantaneous, and I never ran out of energy with 15 Body Battery because I could recoup it while my Augments were on cooldown.

You can get a Module that increases your Tactical Sense recharge, so I could use grenades often without investing in the Skill, meaning I was completely happy with 0 Tactical Sense too.

For more on how to succeed on Veles, here are our The Ascent tips.

Or for the definitive verdict on the game, check out our The Ascent review.