Star Wars Battlefront 2 sold less than expected, which EA blamed on the loot box controversy that dogged the game ahead of its release. Despite this, the firm said microtransactions will make a return to the game.

During EA's call to investors this evening to discuss its Q3 2018 financial report, both CEO Andrew Wilson and CFO Blake Jorgensen commented on digital economies, touching ever so slightly on how it pertains to the future of Star Wars Battlefront 2.

Ahead of the call, CFO Blake Jorgensen told The Wall Street Journal that due to the controversy surrounding loot boxes in Star Wars Battlefront 2, the game sold 9 million units instead of 10 million, which was EA's original estimate. The company expects to shift between 1 million and 3 million additional units before the end of the current fiscal year.

Looking over the transcript from the call, Jorgensen said for Q3, EA expected the sale of about "8 million units but we fell short of that by less than 1 million units." This means Battlefront sold 7 million units, which is a discrepancy compared to the WSJ figures. Either way, the game sold around 1 million less than expected.

At launch, EA temporarily removed the option to purchase Crystals after controversy broke out over purchasable currency during the beta. Since then, DICE has worked on revamping the progression system and also increased the daily Credits cap players could earn in Arcade Mode.

Despite the controversy surrounding the monetization feature attached to Star Wars Battlefront 2, EA said microtransactions will return to the game. This will occur "in the coming months," according to Jorgensen and the timeframe was reiterated by EA CEO Andrew Wilson during the call to investors this evening. 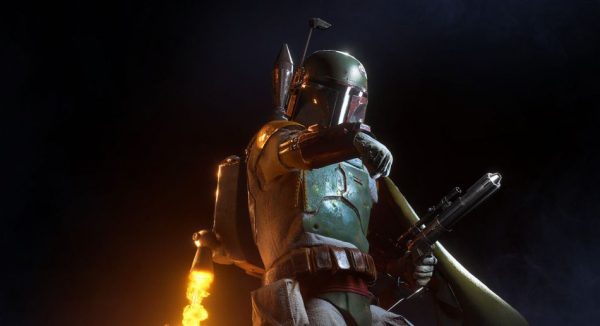 "Digital economies have a place, and we will continue to drive and focus on that," said Wilson. "The teams are working on how that context will apply to the Battlefront universe, but more on that in the months to come."

Wilson also denied microtransactions were temporarily pulled from Star Wars Battlefront 2 due to pressure from Disney.

"You shouldn’t believe everything you read in the press," Wilson told investors on the call . "We have a tremendous relationship with Disney and built amazing games together. At this point, when we make the decision we have the right model for players and the community, I have no doubt we will be supported by Disney."

In December, Jorgensen said DICE was working on improving the progression system, and that discussions on whether or not to bring back microtransactions or change them was being discussed.

Last week, DICE announced players could expect a revamped progression system for Star Wars Battlefront 2 which would feature  “significant changes.”  More information on these changes would be provided in March. This would occur just ahead of EA's Q4/year-end financial report which is expected in early April.

In its Q3 2017 report this evening, EA said 70% of Star Wars Battlefront 2 players participated in the single-player portion of the game. Additional metrics were provided in the report.