Saint's Row 4 developer Volition has revealed a special Commander in Chief Edition that includes a range of crazy DLC items, including a new outfit and weapons galore. 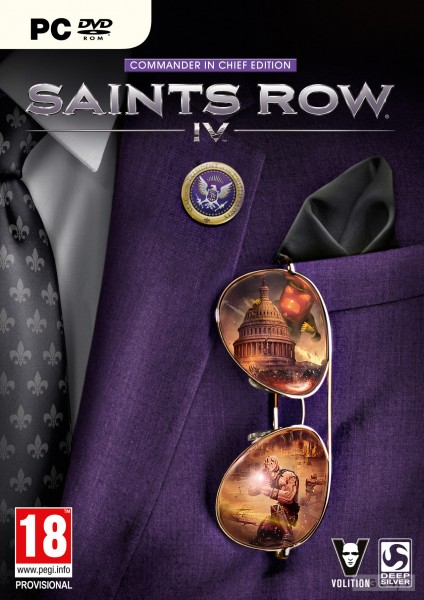 Publisher Deep Silver confirmed to VG247 that the special edition will include a 'Screaming Eagle' jet that fires rockets out of its talons, while sending out a 'Sonic Scream' wave that stuns enemies.

It also comes with a red white and blue ‘Uncle Sam’ uniform, as well as the “'Merica Gun” pack, which is laden with mini-guns, flame-throwers, machine guns and rocket launchers.

Here's a shot of the goodies: 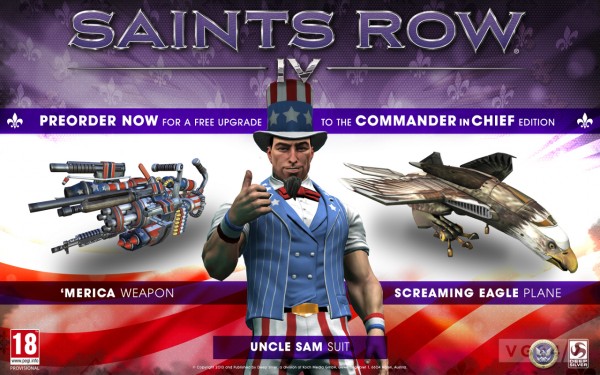 Saint's Row 4 will launch on PS3, Xbox 360 and PC from August 20 across North America and August 23 across Europe.