Red Dead Redemption 2 is now out on PC, so a whole new posse of players can experience the life of an outlaw. The Honor System in Red Dead Redemption 2 plays a significant role in your progress, even though it's not immediately obvious. There are subtle rewards for being a good southern gentleman, as well as unique encounters.

It's not always apparent why things are happening, but this system runs under the surface throughout the whole game, and it's important to understand it and how it affects your particular play style.

Red Dead Redemption 2's Honor System is the difference between good and bad - how you're treated by other characters in-game, whether they attack you, respect you, or run in fear, whether you'll receive discounts on things that you buy around town, help and advice from folk, new outfits, or an ambush to the kidneys.

You can check out our video of Simon Miller being less than gentlemanly for a taste of what it's like to be a bad egg in Red Dead Redemption 2.

How does the Honor System work?

Put simply, if you do good, such as help citizens that are stranded or being beaten up, your Honor will go up. If you steal, murder innocents, or generally become a nuisance, your Honor will drop. Wondering why that old fella gave you some abuse, or why the shopkeeper knocked a dollar of your new outfit? It's because of your Honor Rank. 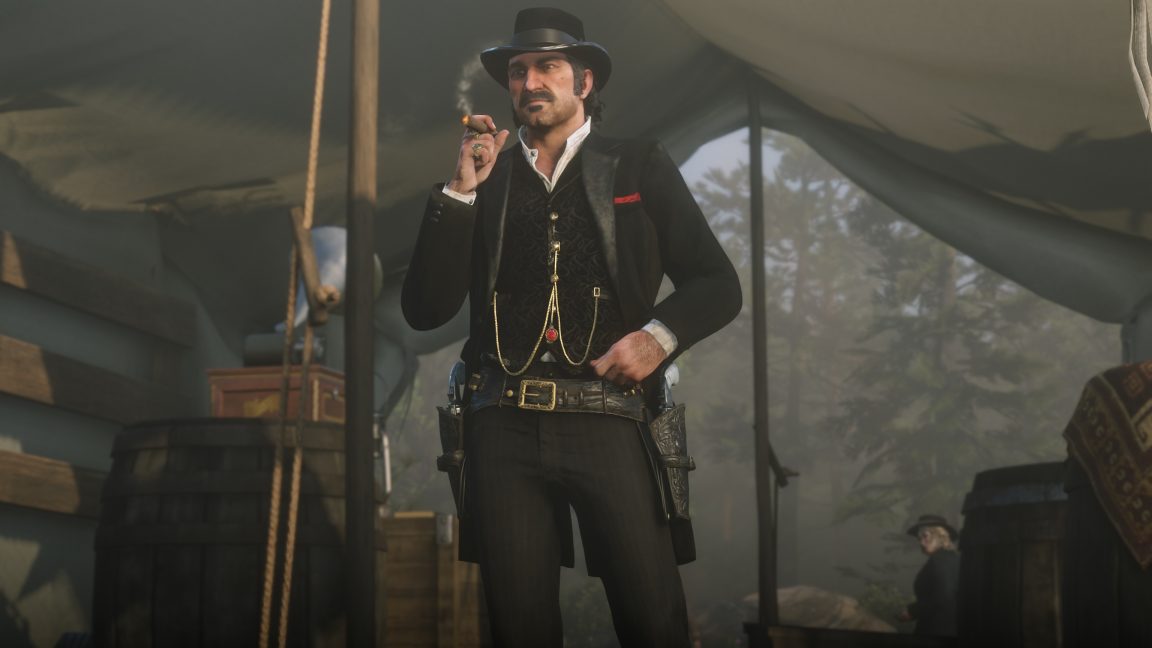 Every time your Honor Ranking goes up or down you'll receive an in-game notification and a note if there's a significant change. The Honor Ranking is a scale from -8 to +8, with 0 as neutral. Not every rank gives you bonuses, but be aware that if you're Honor Rank -6 you've got a long way to go before you can get back in people's good books.

Generally speaking, having high Honor will get you the discounts and outfits to unlock, but being bad also pays a little if you're fan of booze and smoking and Dead Eye shortcuts. So, if you're planning on buying Red Dead Redemption 2's best weapons at a knockdown price, be on your best behaviour.

Here's what changes as you move up or down the Honor Rank scale:

How to increase or decrease your Honor Rank

There are multiple actions that will increase or decrease your Honor Rank and we've listed a few here.

These relate to general actions in the world and not specific story missions. Story missions all contribute to the Honor Rank too, but there are too many to list. Just know that when you're given a chance to help someone, ignore a story character or do them a favour, your Honor Rank is being adjusted accordingly.

Helping people in their hour of need can have unforeseen benefits past the increase to your Honor Rank. For instance, if you help someone that's been bitten by a snake on the side of the road by sucking the venom out, then if you see them again in town they might call you over. If this happens, you can get great rewards like a free item of your choice from the local gunsmith. And yes, that means anything from a box of ammo to a Volcanic Pistol.

It really pays to be nice in Red Dead Redemption 2.

Red Dead Online will soon be available for all players, so here's our Red Dead Online guide, with tips and tricks to get you started in the single-player story missions and multiplayer modes, character customisation and more.

Want to find the best weapons, a better horse or some more gold bars to upgrade your camp with? Then check out our Red Dead Redemption 2 guide for more tips, tricks and walkthroughs.