From the outside, Overwatch seems like an absurdly complex game to support. Each hero has their own abilities and many of them traverse the maps in different ways.

Wrecking Ball, the newest addition to the FPS, uses a grappling hook and momentum to swing and roll around the arenas. Pharah takes flight. Lucio can wall-run. It makes you wonder how the game’s maps are even created to cater to a world where the roster is always increasing and, potentially, anything can happen.

“Aaron Keller is our lead level designer and way back when we were first making the game he asked me that question: ‘We’re making a lot of heroes, what do I have to do here, how are we going to approach the levels to make sure we future proof these?’,” lead designer Geoff Goodman tells me in a recent interview. “He was asking stuff like ‘How high can the players get?’. I was like, ‘Dude, imagine you have a hero that can just fly all the time, let’s start there. Don’t put things that are going to look weird from different angles, don’t cheat too much.”

Often in game development, facades are put up in places where the player can’t reach, to save on memory cost. For Overwatch, this wasn’t possible because a future hero might have some new movement ability that allows them to reach somewhere unexpected, forcing Blizzard to rework entire maps. 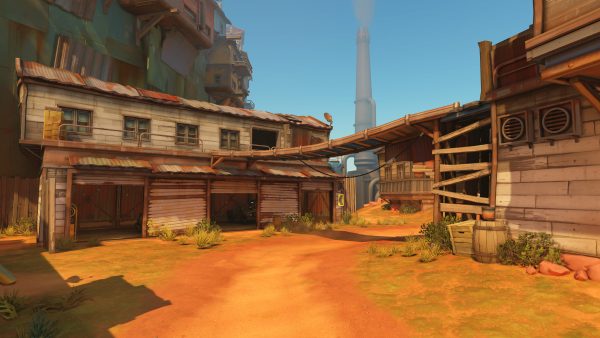 “Everyone is going to be able to get literally everywhere,” Goodman remembers saying to Keller at the time. “The bigger issue was containment, to make sure you can’t fly out of the map too far. That was way early because I knew we were going to get into this area where people can go basically anywhere, and pretty quickly we actually ended up making Pharah, which is pretty close to being able to free-fly. I kind of proved a point with her.”

Even though Blizzard has done its best to future proof its maps, there could still be a few blind spots when new heroes enter the fray, of course. Maps may not make the most out of their abilities, or perhaps they could even hamper them. If that happens, Blizzard will step in.

“We’re not against making tweaks in the future here and there, if it can help a hero,” Goodman explains. “One of our level designers has been a Wrecking Ball main since the second he existed. He usually played Reinhardt and always charges in. He loves that charge button. If you play Reinhardt, you have to be very careful when you push that button because you’re really committing, but he will just go in. He loves it. Then Wrecking Ball comes around and he’s like, ‘Perfect’, because he’s all about jumping in there.

“We’re always laughing at him because just recently he’s been working on two or three new maps. He’s prototyping and we’re like, ‘Oh, I see you’ve added some Wrecking Ball stuff here, there’s an area here you can grapple onto and you raised the wall over here so you can hook up high’. He’s like, ‘Yeah, I kinda do a Wrecking Ball path on everything now’. There’s definitely going to be some maps he doesn’t work as well on - you want those long arcs so you can grapple and get that fast movement speed. It’s fine, though. I think it’s cool that some heroes are good on some maps and not as good on others. You can certainly ask Widowmaker about that.”