We got the chance to have a chat with Blizzard’s Geoff Goodman, lead designer on Overwatch, and he gave us the lowdown on how Torbjörn’s rework is shaping up.

“I originally was sort of thinking, ‘Let’s not do anything too massive’,” Goodman tells us, before going on to explain how Torbjörn’s upcoming changes will transform the character in a big way.

“With Torbjörn, the issues we’re trying to solve are that he’s a little overly defensive focused,” Goodman explains. “We need him to be more viable on offense in a non-payload situation. It doesn’t mean he needs to be equal on offense, but we need him at least to not be a troll pick.”

One of the main issues with Torbjörn is that his power snowballs. At the start of a fight, he feels like half a character and only really comes into his own once he’s set up a turret, upgraded it, and he’s grabbing scrap from fallen enemies to pass out as armour to his allies. 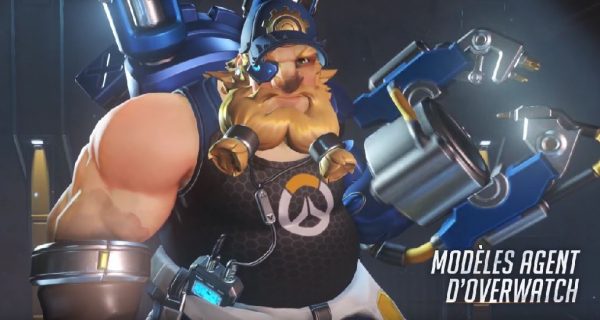 “You don’t get to use some of your abilities, your turret’s not as strong, it’s not as much of a threat without your ultimate ready to go,” Goodman says. “It feels like feast or famine with him a lot of time. That’s a thing we’re trying to solve.

“It’s cool when characters have their ultimate and there’s a power spike - being able to use your ultimate at the right time is a big part of the game - but it’s a little too much for him. It does everything, basically.”

At the moment, the team is still experimenting with a lot of things, but one change is likely to stick: a complete overhaul to how Torbjörn’s turrets work. Right now, you press the ability and a holographic version of your turret floats in front of the character. You have to place it down and hammer away at it to upgrade it to level two.

“Currently, in our internal build, he just tosses it out - not super far, almost like a Tracer Pulse Bomb distance,” Goodman explains. “So you can kind of throw it like that and it deploys itself automatically on level two. It takes a little time to do that but you don’t have to hammer it or anything.

“This plays a lot better on offense - especially because you can run up, throw it in a flank spot and be immediately shooting again and not feel like you have to sit there hammering it. Being able to use that and have an extra threat shooting from the side feels really powerful. We can obviously tune the turret if it ends up being too strong or anything, but that’s the place we’re starting from.” 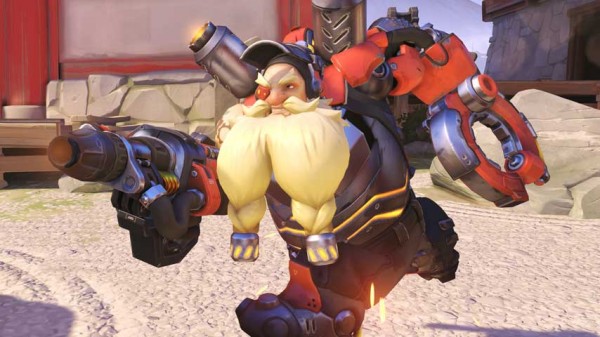 Another thing that may change completely is Molten Core, Torbjörn’s ultimate ability. Blizzard has tried to tweak Molten Core and soften it so it is a normal ability, but Goodman isn’t sure if that will make the cut. Regardless of whether Molten Core comes back as a normal ability or not, it is very likely that Torbjörn will have a different ultimate when he’s re-released.

“We may end up with a completely different ultimate at this point because it ties up too much of his power, but that’s still very much in flux so it’s hard to say,” Goodman says. “First thing we did was try a lot of different takes on Molten Core - maybe we could make it really cheap and take some stuff away from it, we tried it so it only affects the turret and doesn’t give you any buffs, and we tried the reverse so it only affects you.

“We definitely tweaked some of the base ability, so you could reload faster as that was frustrating before - you would run out of ammo in the middle of ulting and you can’t shoot anymore. As of now, I think we’ve decided to move away from Molten Core entirely.”

There’s no word yet on when the Torbjörn rework will release, as the team hasn’t even started working on the art for his new abilities yet - they’re fully focused on locking down the design. One thing is for sure, though - Torbjörn is going to be a different beast once Blizzard is done with him.

Elsewhere, Sombra is getting infinite invisibility very soon - you can read about why Blizzard thought that was a good idea at that link there.