Sony has confirmed it knows where The Last of Us: Part 2 leaks stemmed, and it wasn't from a Naughty Dog employee.

Speaking with GI.biz, Sony says it has identified the individuals responsible The Last of Us: Part 2 leaks from earlier in the week.

The leaks did not come from Naughty Dog or Sony Interactive Entertainment or Naughty Dog as the rumor claimed.

Sony declined further comment due to an ongoing investigation into the matter. The original story follows.

It appears that a significant amount of The Last of Us Part 2 story spoilers have leaked online, revealing the plot of Naughty Dog's highly anticipated sequel in vivid detail.

It is rumored that the spoilers were leaked by a disgruntled Naughty Dog employee who took to YouTube after failing to settle a payment dispute, although this has yet to be confirmed. The spoilers range from a leaked level list to cutscene footage and essentially detail the game's entire plot.

The Last of Us 2 spoilers are reportedly from a disgruntled employee over a payment dispute with Naughty Dog. When things didn't go their way.....bam, MAJOR plot spoilers got leaked. Some really angry, tired and fed up people working at ND, I think we could see this coming sadly. pic.twitter.com/8SSMPsW8nE

Beware that the leak contains massive The Last of Us Part 2 story spoilers. 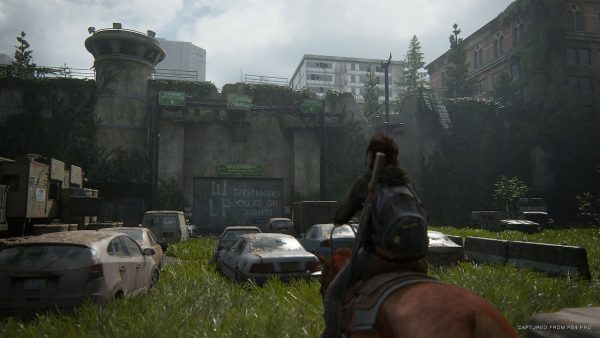 Although the original video has been removed, a comprehensive breakdown of its contents is still available to read on ResetEra. This post features information on who you play in The Last of Us Part 2, as well as details concerning its plot points.

Update: We previously broke down the details here, but we've decided to remove them and link only to the thread with the spoilers inside. No doubt Sony will be working to get them removed. If you want to avoid spoilers, add "The Last of Us", "Ellie", "Joel", and "Abby" to your muted word lists on Twitter.