Mass Effect Legendary Edition includes a huge array of weaponry for you to play with — including all single-player DLC weapons from the original trilogy. With this amount of choice, it can be difficult to determine just what the best weapon is in each game.

As with the best armor, it's difficult to simply say which weapons are the best. Your preferred play style and, crucially, your character class will determine which weapon type your Shepherd should specialise in — and may even restrict your access to some weapons.

However, we've shopped around extensively at Mass Effect's various vendors and merchants, and come up with a list of some of our picks for the best weapons that are available in the Legendary Edition.

Best Weapons in Mass Effect 1: How to unlock the Spectre - Master Gear range

In the original Mass Effect, there's a simple answer to the question of which weapons are the best: the Spectre - Master Gear set.

The Spectre - Master Gear set spans the whole range of weapon types in the original Mass Effect. The weapons in the set are a pistol, a shotgun, an assault rifle, and a sniper rifle. So no matter which character class you've chosen to play as, there's definitely a Spectre item you should be working your way to acquiring. 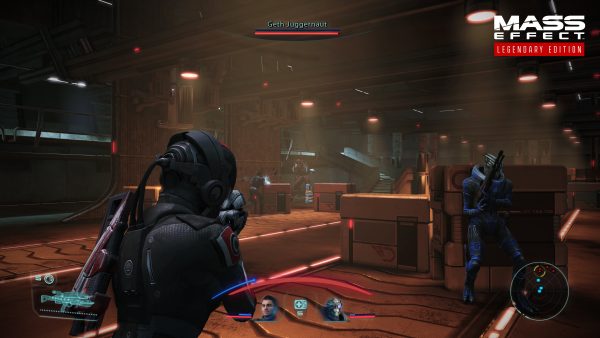 The main downside to these weapons is that they're extremely tough to get hold of. Not only are there just a couple of vendors who will supply you with them — the Normandy Requisitions Officer and his C-Sec counterpart — but the items actually in the game are quite limited.

(Even more frustratingly, the DLC that made them slightly easier to acquire — Pinnacle Station — wasn't able to be included in the Legendary Edition due to technical issues.)

Like all items in the game, Spectre weapons technically come in ten levels. However, you can only access Levels VII and X without using cheats. 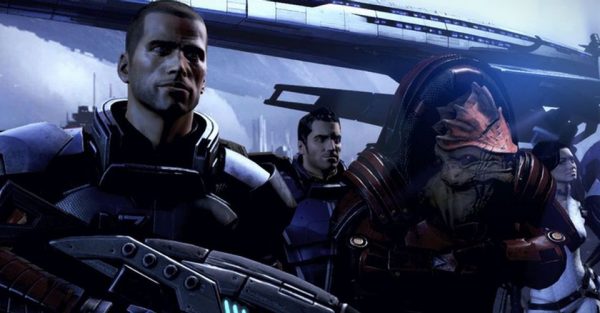 To access Level VII, you need to have amassed over one million credits and unlocked the "Rich" achievement.

To access Level X, you need to have saved all that cash for the achievement and to be at least Level 50. These really are prestige items.

At Level X, though, Spectre weapons undeniably have the best stats in the game. Dealing base damage between the high 200s and high 300s, and with accuracy ratings of up to 91, you'll cut through your enemies with unprecedented ease. 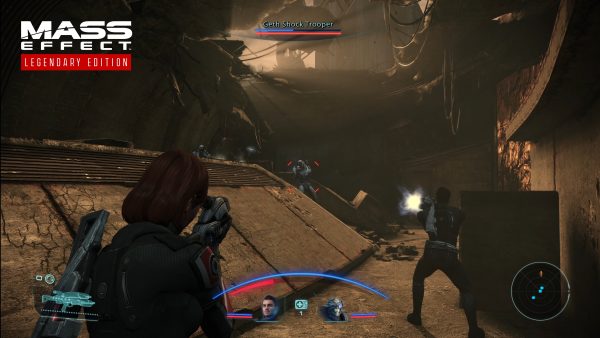 In order to unlock the Spectre - Master Gear range on your first playthrough, you really need to avoid spending money whenever you can. So if you really want the Spectre weapons first time, you'll need to scavenge for items and only purchase from merchants when it's unavoidable. It's difficult but do-able, and the payoff is that you'll have access to the best weapons possible going into the endgame.

Mass Effect 2 makes some subtle but significant changes to its weapon roster compared to the first game. The sequel adds two new weapon categories — submachine gun and heavy weapon — and pistols are replaced by heavy pistols.

But there's no equivalent to the Spectre - Master Gear range. As a result, the question of which weapons are best isn't quite so straightforward.

Best heavy pistol in ME2 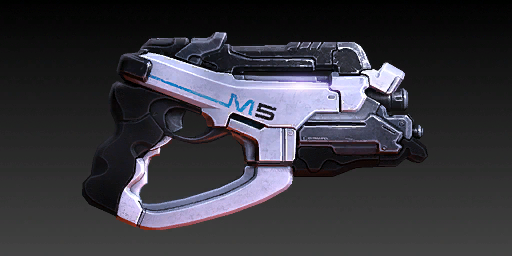 If you're playing as a heavy pistol specialist, we recommend packing a main and a back-up weapon. None of the game's pistols are particularly inspiring when compared to some of the other weapon types, but the M-5 Phalanx deals relatively high damage and can be used with 100% accuracy thanks to its built-in laser sight.

And regardless of your weapon of choice, it's well worth keeping the M-6 Carnifex as your back-up. Like the Phalanx, its damage is quite high, though its slow fire rate and small magazine capacity mean that it's best used as a secondary weapon when your first runs out of ammo.

Best shotgun in ME2 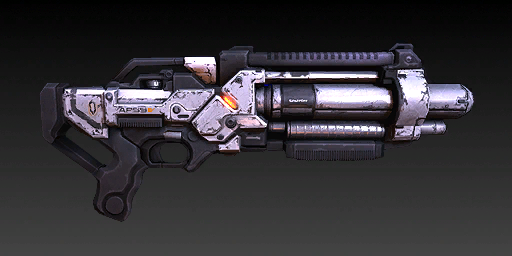 As the name implies, the M-22 Eviscerator is a shotgun capable of doing some truly nasty damage when used at close range — though it's actually quite good over distance too. Its large magazine and rapid rate of fire means that it can cut through enemies with far fewer pauses than other weapons of this type.

Originally a DLC item, it can be obtained in the Legendary Edition once you've recruited Mordin.

Best assault rifle in ME2 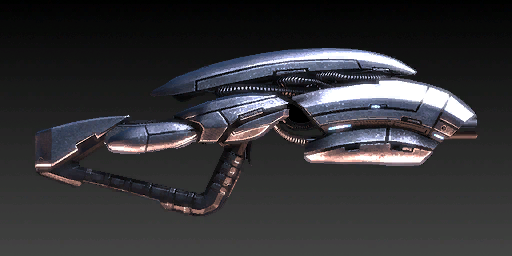 The Geth Pulse Rifle is absolutely overpowered as an assault rifle. It has an extremely high rate of fire and ammo capacity, and is undoubtedly one of the best weapons in the game. However, it can be very difficult to procure — you need to be playing on Hardcore or Insanity difficulty and complete Tali's recruitment mission for your chance to pick one up.

Luckily, the M-96 Mattock is almost as good, and much easier to obtain: this former DLC weapon can be readily bought on Omega in the Legendary Edition.

Best sniper rifle in ME2 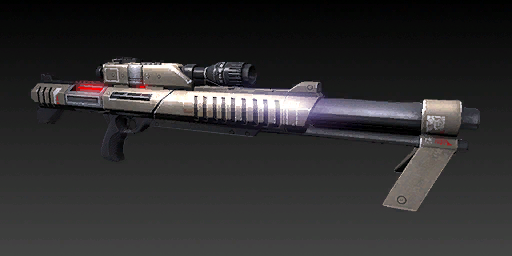 The M-98 Widow is the ultimate sniper rifle if you're playing as a Soldier or Infiltrator. It can only fire a single shot before you need to reload, but its damage is so high you're unlikely to encounter the need for a second shot very often. It's also strong against shields and biotics.

Unfortunately, four character classes are locked out from accessing it permanently. For everyone else, we recommend the M-92 Mantis, which does most of the same things as the Widow without being quite as absolutely overpowered.

Best submachine gun in ME2

It's fair to say that SMGs aren't the most popular weapon type among Mass Effect players. However, if you're playing a class that specialised in submachine guns, you might come to swear by them. 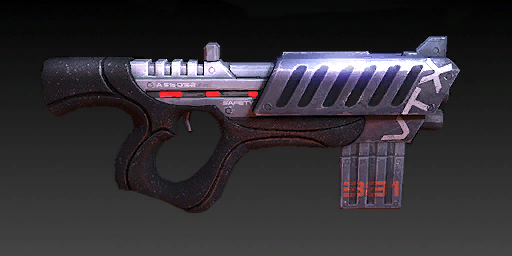 One issue is knowing whether you'll be firing at your enemies at close range or from a distance. For close-up SMG combat, the M-9 Tempest has an extremely high fire rate and capacity, making it ideal for clearing out groups of enemies if they get in too close. 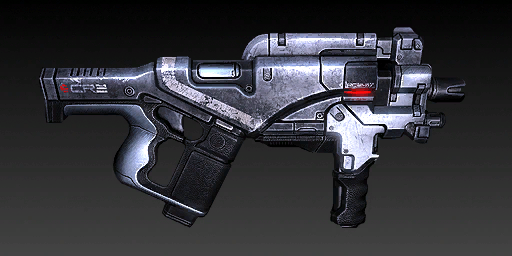 On the other hand, if you want accuracy over distance it's best to ditch the Tempest entirely and go with the M-12 Locust instead. This weapon will do very little for you at close quarters, but is incredibly accurate at long-range.

Best heavy weapon in ME2 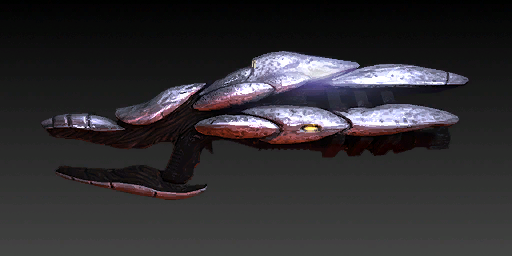 The Collector Particle Beam is an almost absurdly powerful heavy weapon. Its precision, ammo capacity, and range are through the roof; it's strong against enemy shields and barriers; and it doesn't deal friendly fire damage, allowing you to use it at close range with your squad around you.

The only real downside is that the beam requires a constant line-of-sight to deal damage, which can prove dangerous at higher difficulty levels.

Mass Effect 3 once again makes a few tweaks to the weapon system. Most notably, heavy weapons are no longer inventory items, but instead are limited-use pick-ups locked to certain missions they appear in. As such, we won't be recommending our favourites here — just enjoy them when you get the chance to play with them.

Best heavy pistol in ME3

Just like in ME2, we recommend keeping the M-6 Carnifex on hand as a secondary weapon in ME3. Its high accuracy and damage stats make it worth keeping around, even if it still has relatively low fire rate and capacity. 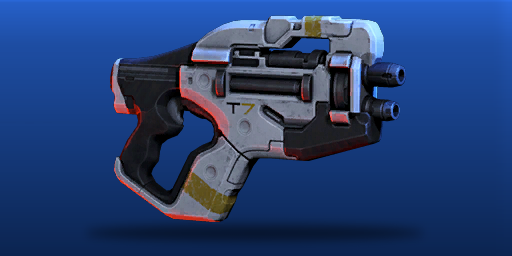 Still, if you're intending to carry a heavy pistol as your main weapon as well, the Carnifex is narrowly beaten out by the newly-introduced M-358 Talon. This pistol boasts some serious accuracy, blending a revolver-inspired rotating magazine with shotgun-strength pellet ammunition. Naturally, its damage is nothing to be sniffed at either.

Best shotgun in ME3 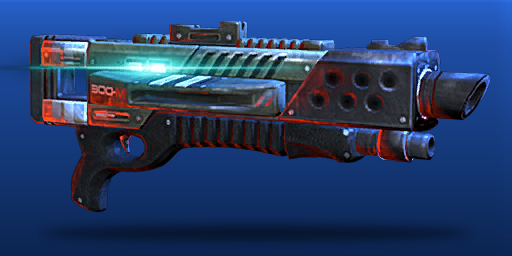 The M-300 Claymore heavy shotgun is one of the punchiest weapons in Mass Effect — as evidenced by the fact that in ME2, only Soldiers and Vanguards (and Krogan NPCs) had the physical strength to actually wield it.

But the new and improved Claymore design in ME3 gets rid of these restrictions, and it's now available to any character class. It has incredibly high damage (only the Black Widow can really beat it across all weapon types!) — at the cost of being unwieldy and needing to be reloaded after every shot. Still, if you can make it count, it's one of the most powerful weapons in the game.

Best assault rifle in ME3 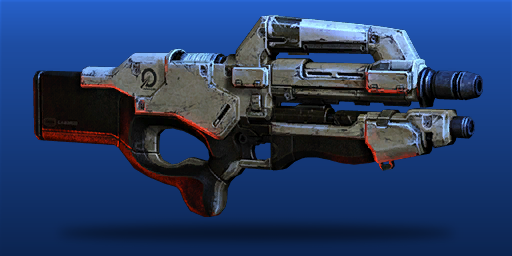 The Geth Pulse Rifle makes a return in ME3 and is much easier to get hold of, but it's not quite as powerful as its ME2 counterpart.

So for your ME3 assault rifle needs, we recommend going straight for the M-96 Mattock this time around. It's a hybrid weapon, giving you the rapid-fire advantage of an assault rifle but the damage-dealing capacity of a sniper rifle.

Best sniper rifle in ME3 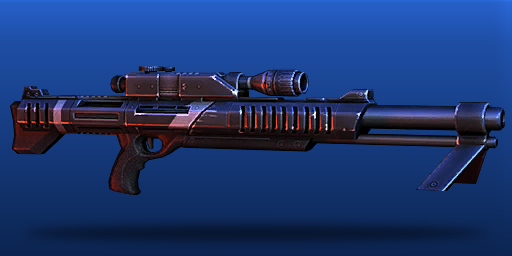 The Black Widow sniper rifle is an improved version of the M-98 Widow which can be purchased from the Citadel Embassies (and unlike in ME2, neither version is class-specific). It allows you to fire three shots before reloading instead of just one, at the relatively low cost of a small amount of damage per shot compared to the more basic model. However, it still has more damage potential than any other semi-automatic rifle in the game, and is practically essential if you're playing as an Infiltrator.

Best submachine gun in ME3

Two awesome SMGs, alike in dignity, appear in ME3 and it's really too hard to choose between them, so we're recommending both! 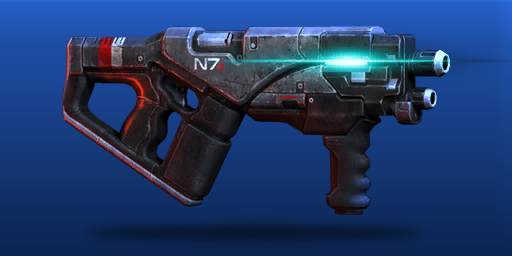 The N7 Hurricane and the M-12 Locust aren't actually particularly similar beyond their weight, damage, and ammo capacity. The Hurricane has an absolutely phenomenal fire rate but low accuracy, while the Locust provides a decent balance. 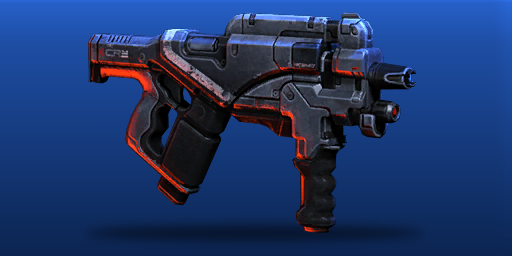 What is for sure is that they're jointly unbeatable by just about every other submachine gun in the game, so we recommend experimenting if you get the chance to see which you prefer.

Best grenades in ME3

As if to make up for the heavy weapons limitations of ME3, grenades receive a significant overhaul. While still not equippable weapons, the final game in the trilogy increases the number of grenade powers on offer from two to 14. 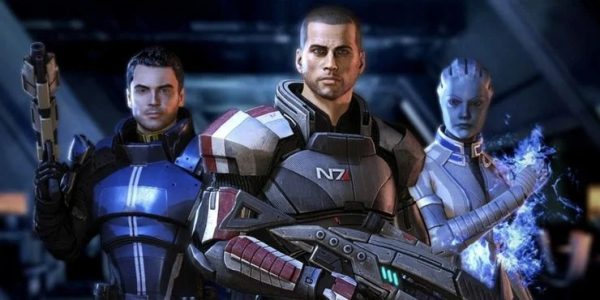 It's possible to find a grenade to suit your needs in almost any situation, but for sheer visual spectacle (as well as a decent chunk of damage to each enemy it affects), we recommend the biotic-powered Cluster Grenade. If you find yourself surrounded by enemies, it can be incredibly useful for spreading them out a bit, and whittling down their health bars while it's at it.