They might be the world's greatest heroes, but that doesn't mean they can't get even better. Throughout your time with Marvel Ultimate Alliance 3, you'll be able to upgrade your favourite heroes' abilities to take on even the strongest of intergalactic baddies.

But to do that, you're going to need the right materials. Most skill upgrades require Ability Orbs, which can be found hidden around the environments that you visit.

In the Team menu, you can then increase the power of your skills, make them more efficient, or broaden their area-of-effect. 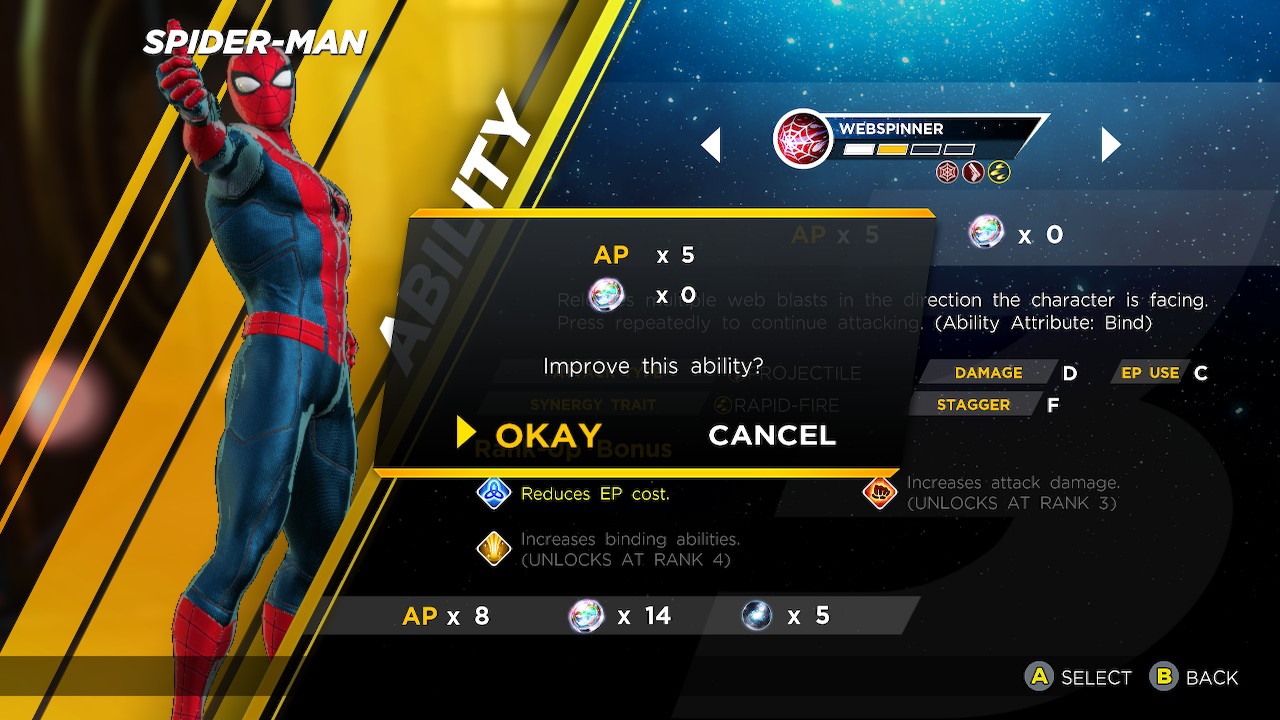 You main source of Ability Orbs in Marvel Ultimate Alliance 3 is Infinity Trials. These are separate from the main story, but the items you collect there transfer over to your story mode.

Infinity Trials task you with things like defeating bosses under certain conditions, or surviving against waves of powerful enemies. 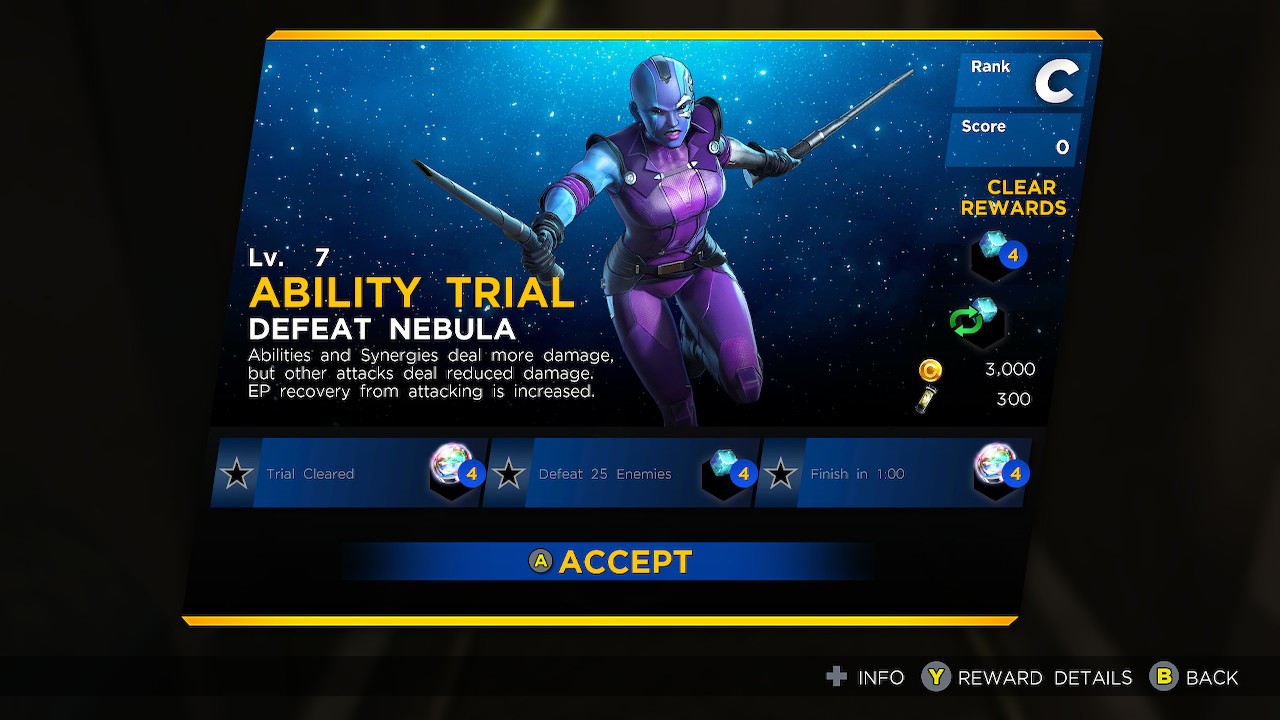 After each one, you'll earn a rank and a star rating. Your start rating determines the amount of item rewards you get, which are often Ability Orbs. 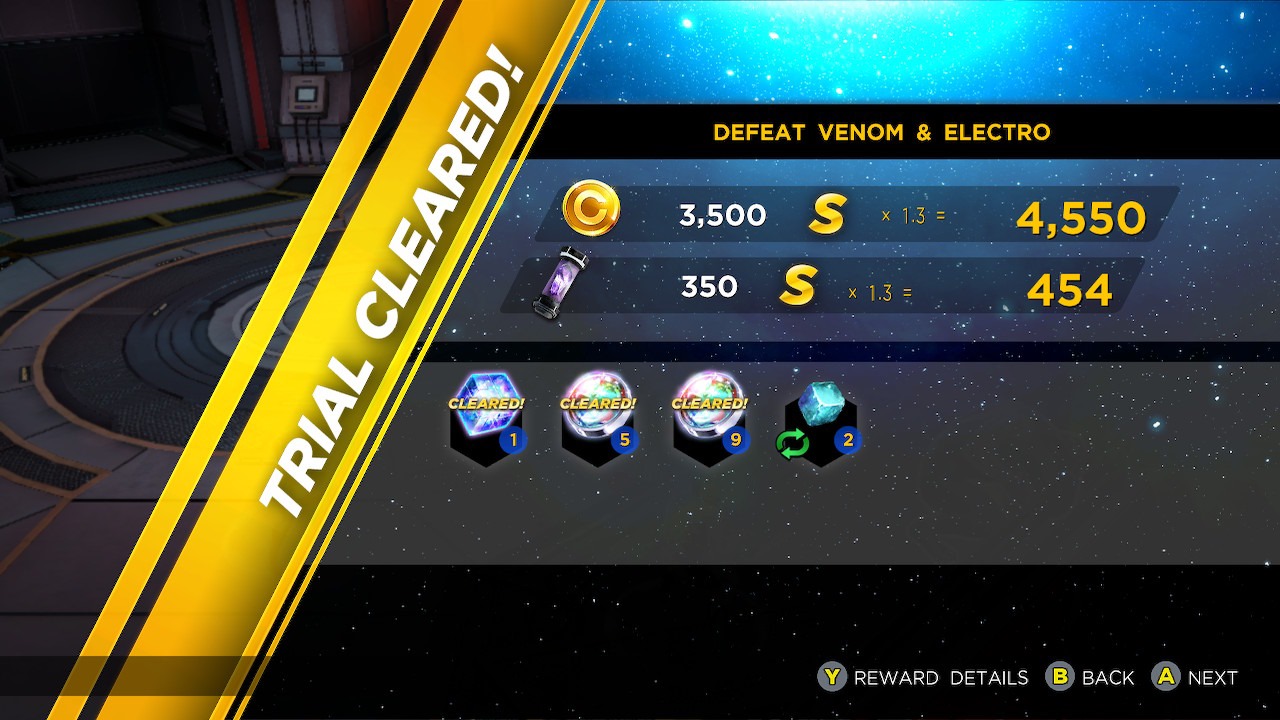 This is how you get the largest quantity of Ability Orbs during the early game, but you can also collect extra costumes for your heroes, as well as whole new playable characters.

To unlock new Infinity Trials, you need to complete the ones adjacent to it on the grid. Each one has a level that determines its difficulty, so they're also a good way to level up your heroes to earn AP. 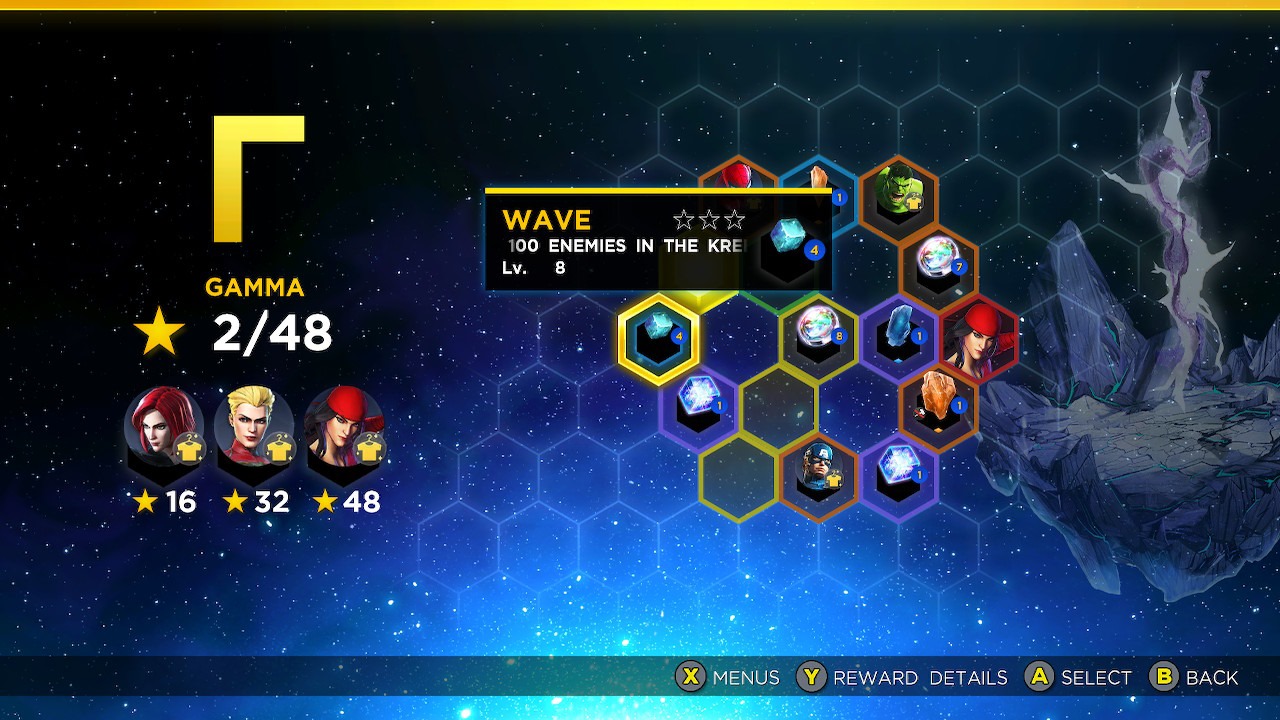 You can also find single Ability Orbs in hidden locations throughout the game, as well as earn them from story boss battles.

Here's a spoiler warning for the names and order of boss battles, as well as situations that arise.

We'll add more to the list as we find them.

Also around the environments, you'll find another type of items - Void Spheres. Here's everywhere we've found them so far:

Again, we'll add more as we find them.

For more on Marvel Ultimate Alliance 3, take a look at our page on how to do Synergy Attacks!