As we all know, video game movies are cursed. Silent Hill might be the only good one and even that isn’t exactly Oscar material. The Prince of Persia movie starring Jake Gyllenhaal was particularly duff, however, and the GameLab chat with screenplay writer Jordan Mechner might hold the answer as to why.

Mechner is also a game developer and is the man responsible for both the original PoP game and The Sands of Time. He also has a background in movies, so he appears to be the perfect person to write the screenplay for a movie adaptation, then. Unfortunately, it appears that the source material is what held it back. 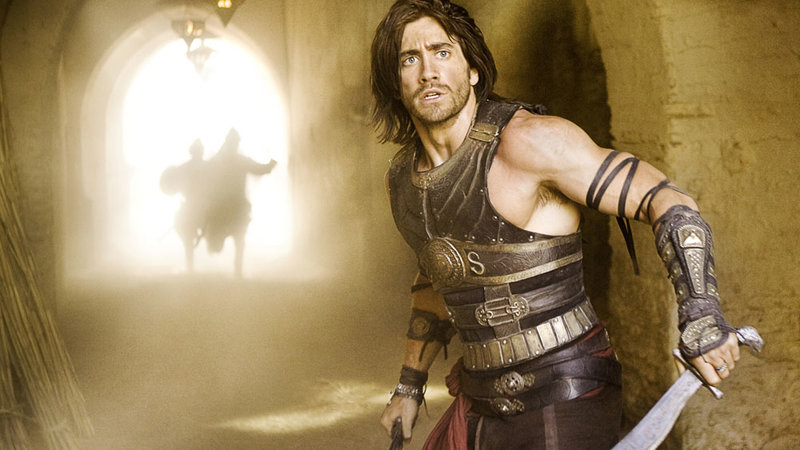 “The movie screenplay was a challenge because that was the one time it was a direct adaptation,” Mechner explained. “The Sands of Time - the game - wasn’t adapting the story of the original Prince of Persia, it was creating a new story that was custom tailored to that game. The rewind, the parkour, we knew that was the gameplay and then it was a matter of coming up with a story that would put that gameplay in the best possible… that would highlight its strengths.”

In the game, the Prince and his companion, Farah, are the only two human characters, which obviously wouldn’t work for a film. In-game this was a symptom of the game engine’s inability to render crowds. As a result, the only other people you meet aren’t actually people - they’re sand monsters who want to stab you to death.

“The fact the palace was destroyed worked well because what’s the point being able to do parkour and run on walls if you can just take the stairs?” Mechner laughed. “So the staircase has been destroyed by an earthquake and suddenly you have to find a creative way to get up that broken flight of stairs.

“In that case the storytelling was a pleasure, it was easy because it’s a story that works best for the game. Adapting that into a movie was a big challenge. So this is going to be a Disney and Jerry Bruckheimer movie - it’s not going to be a story about two people going through a destroyed palace. Resident Evil was a horror movie, that was fine, but we weren’t making a low budget horror movie, we were making this giant thing.” 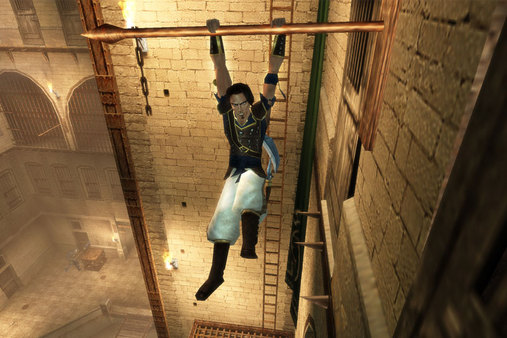 Because it was a big deal with a big budget, it had to be suitably epic. It had to depict Ancient Persia, there needed to be armies and huge caravans. The story had to support all of that.

“So how do we create a story that takes advantage of what movies can do and somehow still tell the story of the game in such a way that it still feels somehow Prince of Persia: The Sands of Time?” Mechner asked. “You’ve got a dagger that can turn back time, but what could be more undramatic in a movie than a hero who goes through the movie and any time something happens that’s bad, he can just press a button and undo it? It’s nice to have in a game, but in a movie you can only do so much of that.”

That’s why in the movie the dagger is powered by a limited supply of sands and only has a set amount of uses.

“The movie evolved a lot from the first screenplay I wrote, which you can read on my website if you’re interested, but it still kept the same basic structure of the story,” Mechner said. “Adapting a game story for a linear two hour movie was a challenge.”

You can read Mechner’s original Sands of Time screenplay on his website. Mechner also said he’d like to revive Prince of Persia.