We sit down with Insomniac and discover having Peter Parker and Miles Morales in the same universe "means a lot." 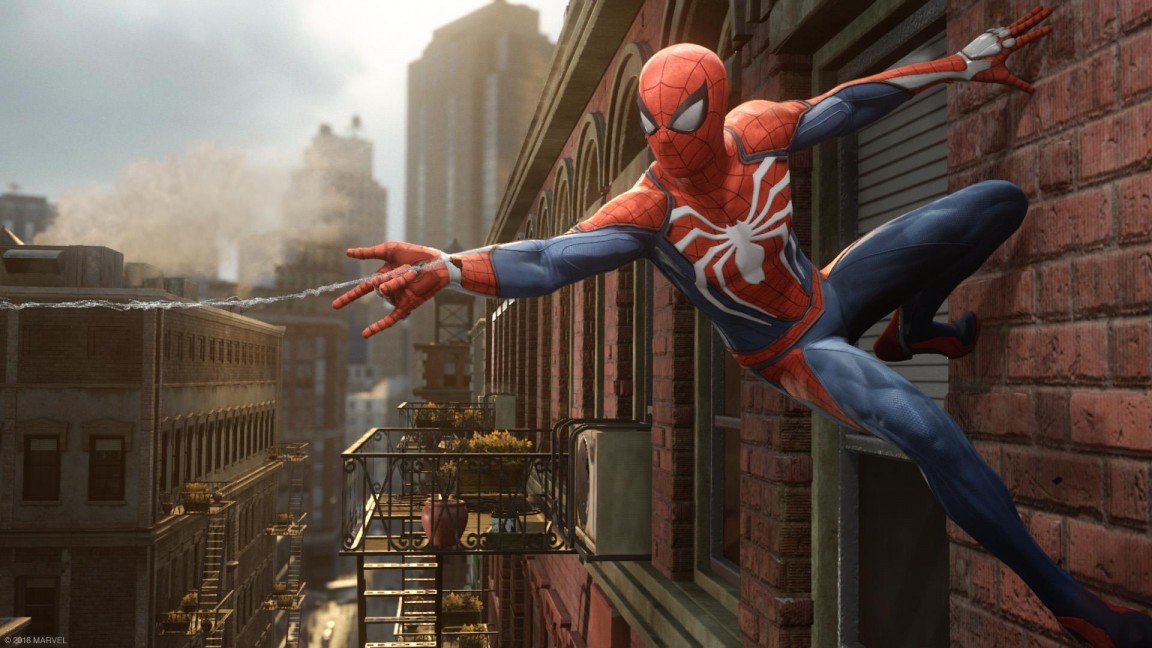 "Our goals for fighting are all about improvisation and acrobatics."

Insomniac unveiled its first proper look at PlayStation exclusive Spider-Man at E3 2017 this week, giving us a good impression of combat, city traversal, story and the open world of Manhattan.

Some of the gameplay looked familiar - in particular Spidey's approach to combat situations. We saw Spider-Man web-zip into an area before checking out the goons below, taking a few out quietly, deploying some handy gadgets and then going in for a full-on dust up.

And that looked a lot like the combat in Rocksteady's acclaimed Batman: Arkham games. So in a recent behind closed doors presentation at E3, Insomniac's community director James Stevenson attempted to explain the developer's vision and the two pillars of fighting in Spider-Man.

"Our goals for this fighting is all about improvisation and acrobatics," he said.

"So for improvising you're using things around you, pulling things like racks down onto guys, using objects in the environment against enemies, using gadgets in an improvisational way. You can also approach things stealthily too.

"And then there's acrobatic-ness. You're really agile, you're going to be dodging, knocking guys up in the air, juggling combos and using aerial combat. You'll see lots of uses of the environment, lots of aerial stuff, lots of using gadgets in combination of that. Whether that's sneakier or more full-on, every player will approach it differently," he added.

We can't shake the feeling there's a very heavy Batman: Arkham series influence there, but that's not necessarily a bad thing.

I asked Stevenson about the open world of New York City, and how free players would be to explore it.

"It's a free-roaming open world game and the island of Manhattan is there for you to explore. Manhattan is about 4, 5, 6 times of Sunset City from Sunset Overdrive. It's a much much bigger area and playground." 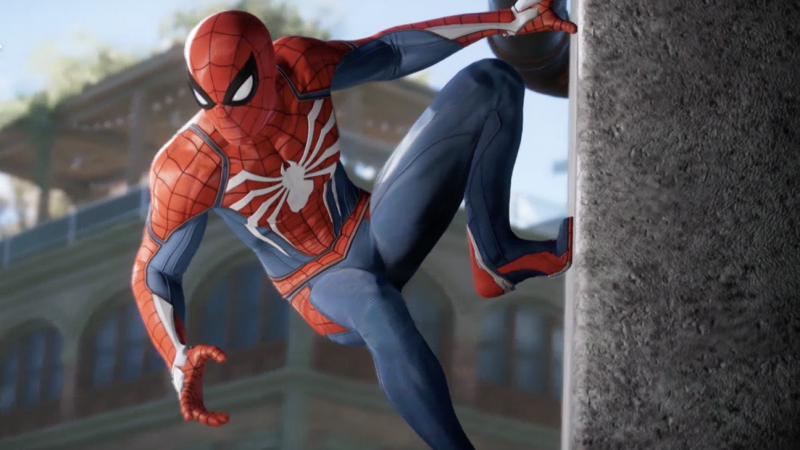 He said that between missions players would be able to explore the city at their own pace and although he wouldn't go into detail, he suggested there would be crimes taking place that Spidey could choose to stop, or citizens he can interact with.

"We're not talking necessarily about the things that might happen [right now] but you can expect there will be activities and things for you to do around the city, for sure," said Stevenson.

Getting around the city needs to feel right, according to Stevenson, stating that the key to feeling like a Spider-Man game is the ability to flow through the city, whether at street level, between buildings or over rooftops.

"Traversal is key, you've got to nail it, he has to be able to swing around the city. We have a lot of experience with open world traversal since Sunset Overdrive but then how do you do web swinging?

"It's certainly something that we wanted everyone to be able to do, but you can also master it and be especially good at it and do things that a player who isn't as skilled can do. It's a fine balance. Players will learn how to use that physics system to their advantage to go faster and do other things." 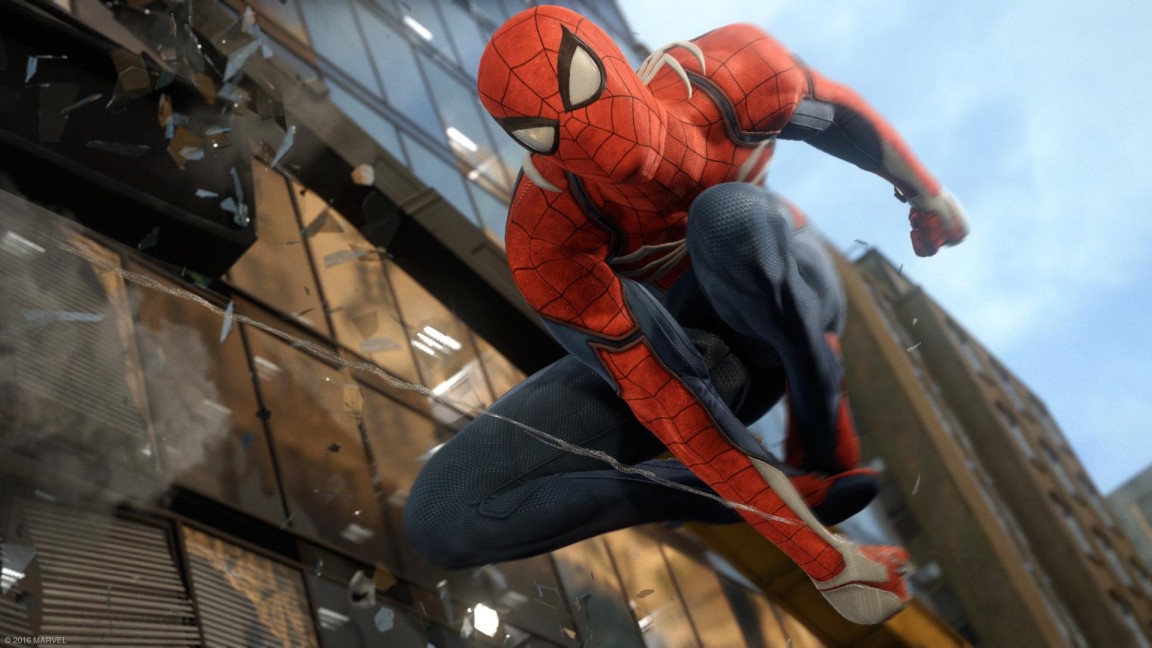 In terms of story and universe, Stevenson said that this is Insomniac's chance to tell a completely independent Spider-Man tale as it's not connected to any existing stories. He also suggested that playing as Peter Parker might be a possibility, or at least Parker's home life outside of crime fighting will have a big influence on the game.

"The island of Manhattan is there for you to explore. Manhattan is about 4, 5, 6 times of Sunset Overdrive. It's a much much bigger area and playground."

"This is our own Spider-Man universe. We're not telling the origin story of 16 year old Spider-Man. We're telling the story of 23 year old Peter Parker. He's masterful at fighting crime, he's grown into the role of Spider-Man.

"While Spider-Man is masterful and has taken down the Kingpin, Peter Parker's life is a mess. He's trying to pay bills, he's juggling work and being Spider-Man, juggling his personal life and he's not very good at that and his apartment's a mess.

"We think the best Spider-Man stories are where Peter and Spider-Man's worlds are colliding a lot. That's something we're bringing to the game."

The 10 minute demo shown during E3 featured a confrontation with Mr Negative, but Stevenson said we should expect more familiar and classic Spider-Man characters to appear in the game. And that post-credits scene featuring Miles Morales - Spider-Man from the Ultimate Marvel universe - could be very important to the story and game.

"It means a lot," said Stevenson when asked what's the significance of having Morales and Parker in the same universe. "That scene - it was a lot of fun that we did a post-credit scene, it was very Marvel."

"We're going to add a lot of familiar characters that if you're into the comics you'll run into," detailed Stevenson. "Even Aunt May working at the food shelters is a new thing, or Norman Osborn as the mayor of the city, running for re-election. So you'll see very familiar characters from the Spider-Man universe but possibly in a role that you've never seen them before."

Insomniac's Spider-Man is due for release on PS4 in 2018.