Hearthstone’s Ashes of Outland was announced during the game’s 2020 Showcase. Here’s what you need to know.

Ashes of Outland is one of Hearthstone’s biggest updates yet. Demon Hunter is bursting onto the scene as the game’s first new class since launch, there are big changes to ranked mode, among a few other revamps too. Our friends at Metabomb have put together a quick overview of everything that’s arriving with the update just below.

With a fresh class right from the get go, the Year of the Phoenix may be one of the most substantial expansions since the game’s inception. Here’s a quick breakdown of all the new content.

When is the Ashes of Outland release date?

Hearthstone Ashes of Outland will release on April, 2020. Going by previous expansion launches, this means you’ll be able to update the game at 6pm GMT, 11am PST, 2pm EST.

How does the new Demon Hunter class work?

Demon Hunter is easily this expansion’s most exciting addition as it’ll introduce new, aggressive ways to play Hearthstone which could shake up the meta pretty drastically. The Demon Hunter’s class identity will be immediately familiar if you’ve ever played World of Warcraft’s Burning Crusade expansion, and the Hearthstone team has brought Blizzard’s flagship Demon Hunter Illidan into the game with a special card game twist.

On April 2, you’ll be able to play the Demon Hunter Prologue, a 4-part adventure describing Illidan’s transformation into a Demon Hunter from his own point of view. Players will receive 10 Demon Hunter cards from the basic set, as well as 20 more Demon Hunter Starter Cards upon completion. And from then on, each expansion will grant the new class 15 cards of its own, instead of the 10 every other class gets. Hopefully this will help them catch up a bit in card count.

The new keyword for Demon Hunters is ‘Outcast’. It gives you a bonus for playing a card when it’s the left - or right- most one in your hand. For example, Eye Beam usually costs 3 mana to cast, and deals 3 damage to an enemy minion with Lifesteal. However, if you play all cards to its left, or topdeck it, Eye Beam costs 0, which should give you far more flexibility thanks to its Outcast ability. Other cards have different bonuses for Outcast, not just mana reduction, so make sure you play out your cards in the right order to maximise your benefit. 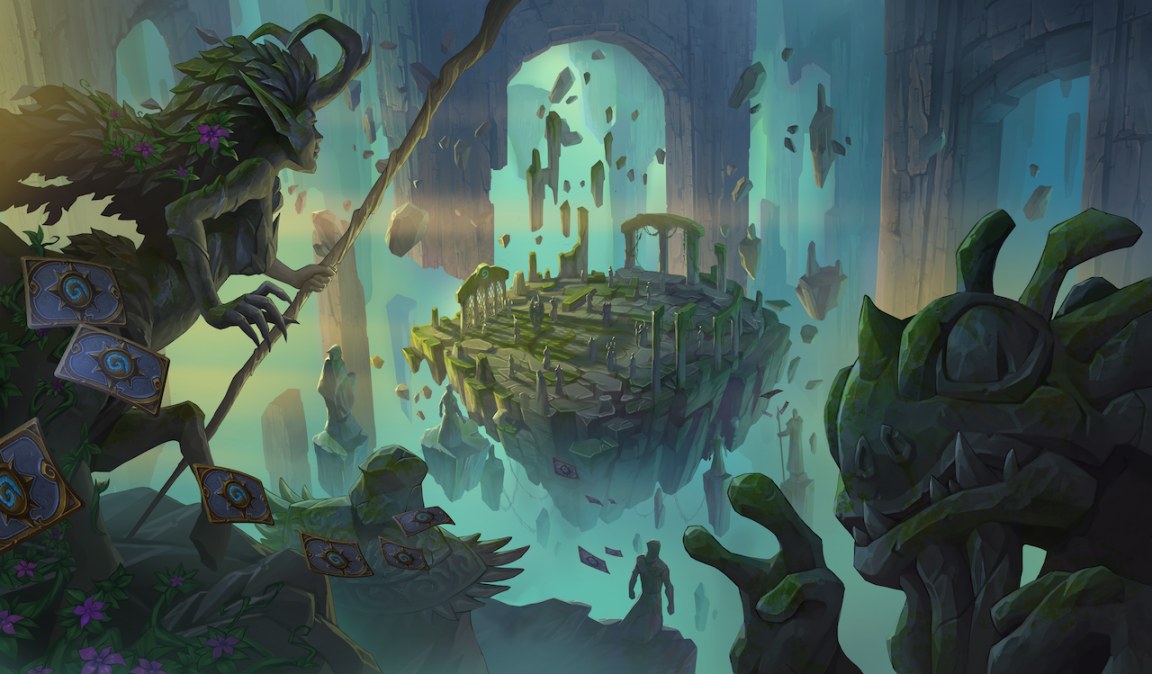 Demon Hunter’s Hero Power is an interesting one too. Demon Claws only costs 1 mana, and gives your Hero +1 Attack this turn. Its lower cost means it’s easy to slot into more turns, and the Hero attack power it grants also gives you better synergy with the cards in your deck. Battlefiend is a great example of this - if you can get your Hero to attack every turn, you’ll be buffing the minion’s attack by 1 every turn too.

Illidan is even being added to Hearthstone Battlegrounds, with a passive Hero Power that lets your left- and right- most minions attack immediately at the start of combat. This is shaping up to be pretty powerful, and he’s likely to sit pretty high on Metabomb’s Battlegrounds tier list.

Returning players will get lovely bonuses

If you’re a lapsed Hearthstone player, the new Returning Player experience should help you get back into the swing of things much quicker than before. Now, you’ll be able to hang out with Illidan for more adventuring, and as a reward, you’ll get a free deck from a class of your choice. While it’s still not cheap to bulk out your card collection, the new returning player experience should make it easier than ever to get back into the game. 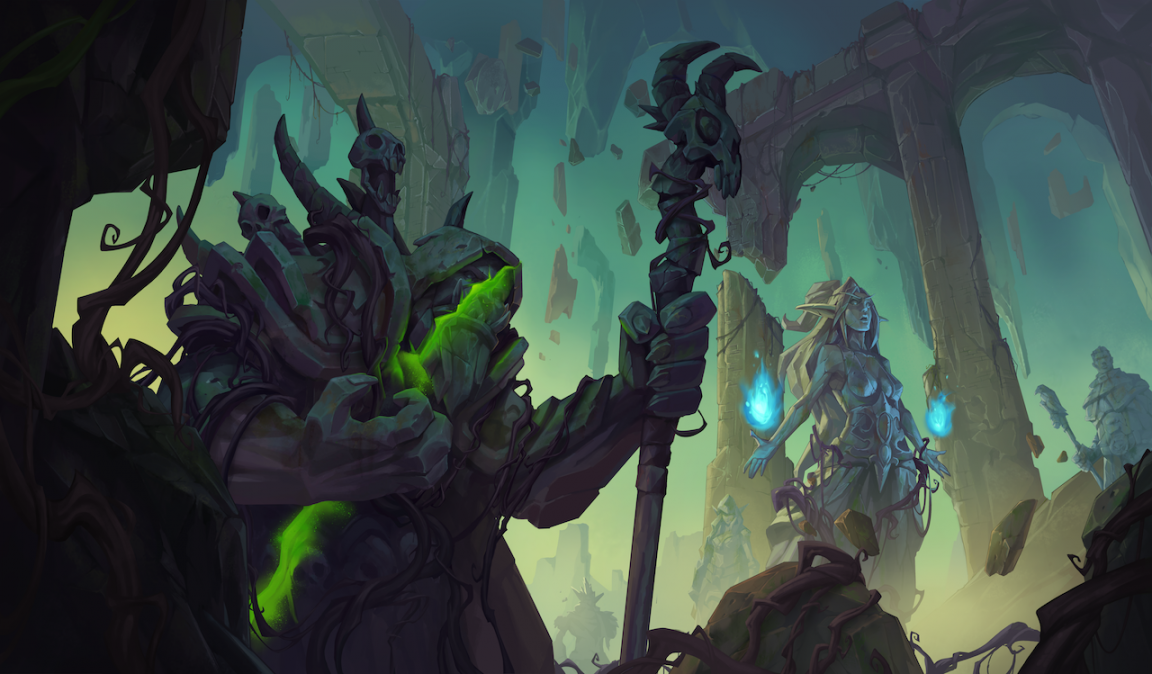 Leeroy Jenkins is going to the Hall of Fame

That’s right, with the end of a year comes the end of some old favourite cards. Leeroy Jenkins will always be in our hearts, but he’s gone forever (unless you play Wild format). Leeroy Jenkins, Mountain Giant, Mind Control Tech, Spellbreaker, and Acolyte of Pain are also being rotated out of Standard format. Hopefully, this gives the Hearthstone team more space to design engaging and interesting cards, but fans of these popular minions will be gutted to see them go.

Blizzard’s kept a close eye on Priest and its aggro inclinations. It’s a class that’s been under scrutiny for a while now as it simply doesn’t fit into the healing, mind control theme of its WoW counterpart. To combat this, six classic Priest cards are being removed from Standard and are being replaced with some brand new additions.

Auchenai Soulpriest, Prophet Velen, Holy Fire, Shadowform, Divine Spirit, and Northshire Cleric are all being taken out of Standard, with all-new control focused cards to replace them. We’re especially looking forward to seeing how Shadow Word: Ruin performs - it’s 4 mana for a potential full board wipe which could get pretty ridiculous in a lot of decks. 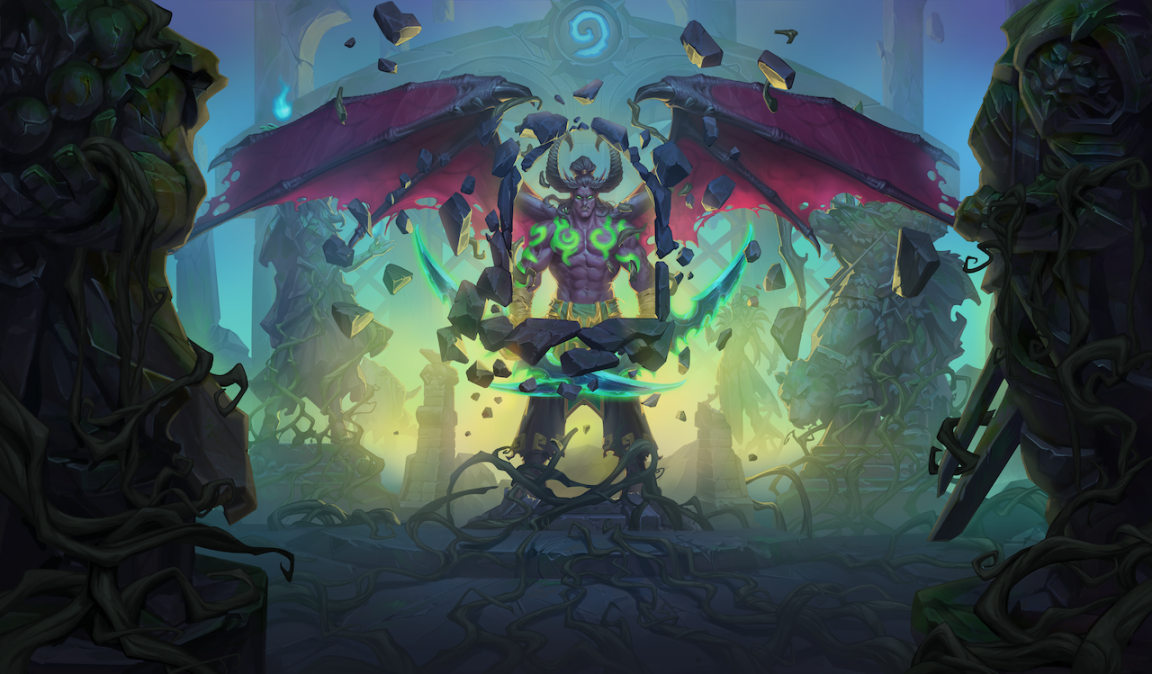 Ranked has been revamped

Hearthstone’s ranked system has been tweaked pretty drastically with Ashes of Outland’s arrival. Along with new star bonuses, which let you barrel through the lower ranks more easily, an entirely new system has been put in place to rank players. In a similar vein to Overwatch, players will start in Bronze, battle their way up to Diamond, and aim for Legend if they want to get really serious. With MMR matchmaking giving players a more level playing field, this ranked system should make it easier to visualise where you’re ranked in relation to everyone else.

For more info on Hearthstone’s latest announcements for the Year of the Phoenix, head on over to our friends at Metabomb. They’ve got all sorts of guides for the Ashes of Outland expansion, as well as tips on how to play Aggro Demon Hunter, a deck they reckon won’t be too shabby at all.