Grand Theft Auto 5 follows a series-long tradition of lampooning the American Dream. VG247's Dave Cook takes a closer look at the organic world of Los Santos, and the curious creatures dwelling within. 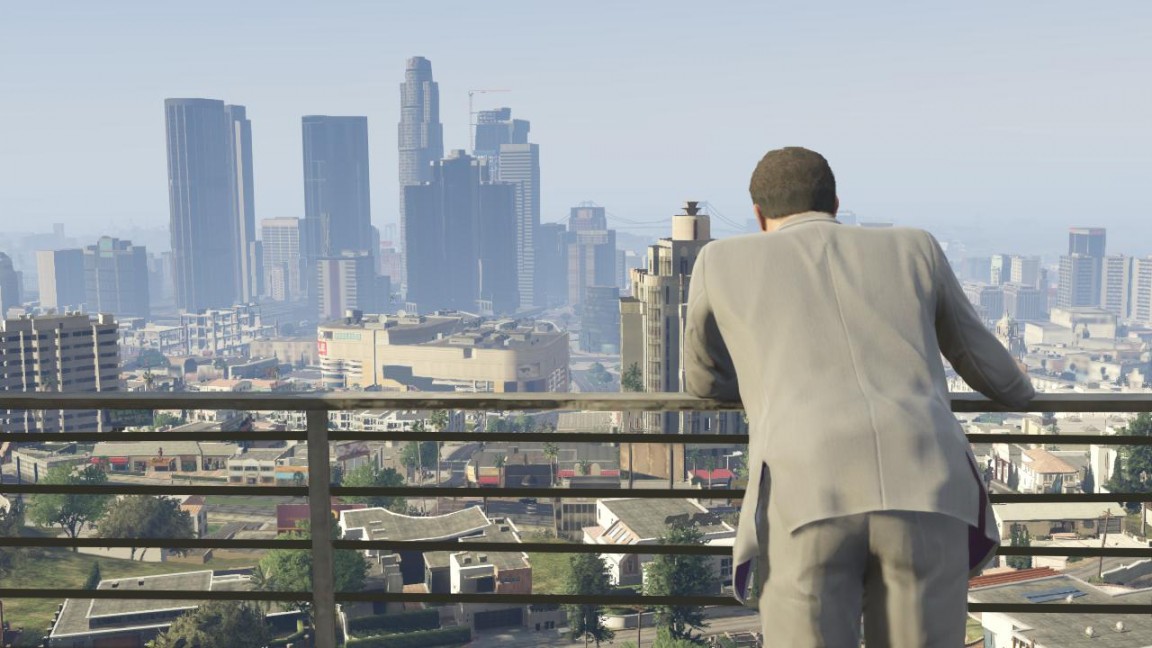 If any game encapsulated the wondrous view of American life beyond the country's borders, it was GTA 4. Fresh off the boat, Niko views Liberty City as a place where opportunity and ambition run hot, and where he can make his bread doing whatever he wants. To him it's a hard reset, a rebirth if you will.

But then reality strikes, and the plastic, false promises of a fairytale existence peel away to reveal a city rotten to its core and infested with the worst criminal filth humankind has to offer. The layer of grime becomes more apparent when you start to wander the streets and let the ambience of everyday life filter through your screen. There are signs of corporate dominance and capitalism everywhere, apparent in the right-wing political views of crackpots on talk radio, to Burger Shot, where you can pay for the privilege of shortening your life-span one Heart-Stopper at a time.

”GTA 5 is like a newspaper cartoonist’s sketch. It’s a piece of hard-hitting black comedy that pokes fun at how futile and artificial many corners of the word have become. It truly is a showcase for effective world-building and observational satire.”

Rockstar had created a world that felt tangible in Liberty City but with Los Santos the studio has taken the format and its prevalent ideologies into the stratosphere. The key theme of financial pursuit takes centre stage in GTA 5 and it's a motif that sustains throughout almost every aspect of the plot and world at large.

Take a stroll through downtown Los Santos and you'll frequently see shoppers hanging around outside boutiques, chatting with each other about painfully mundane things like pointless luxuries they want to buy and hanging out with their girlfriends. Walk under the nearest underpass and you'll see homeless people sleeping on mouldy couches. Neighbouring homes lie boarded up, plastered with foreclosure signs and graffiti. It's a brilliant contrast that is never explicitly spelled out to you, but it's there if you care to see it.

It also transcends to missions. We see a key character auditioning on the Los Santos equivalent of America's Got Talent in the hopes of making it rich and famous, when ultimately, she's making a fool of herself for the amusement of millions of viewers chasing a similar dream at home. There's also a pair of star-seekers who roam Los Santos raiding through celebrity bins in search of used items - cosmetics usually, underwear if they're lucky - to get even just one step closer to touching their rich idols.

There's a depressing falseness to many aspects of GTA 5's world that might make you feel a certain brand of contempt for many of its key players. Take Franklin's boss Simeon, a car dealer and loan shark who sells vehicles on finance with an entirely unreasonable rate of interest. He cons people into buying a car, gets Franklin to steal it back and sells it on again as new. In today's world of spiralling interest rates, perilous loans and mounting debt, he's a hateful villain, pure and simple. 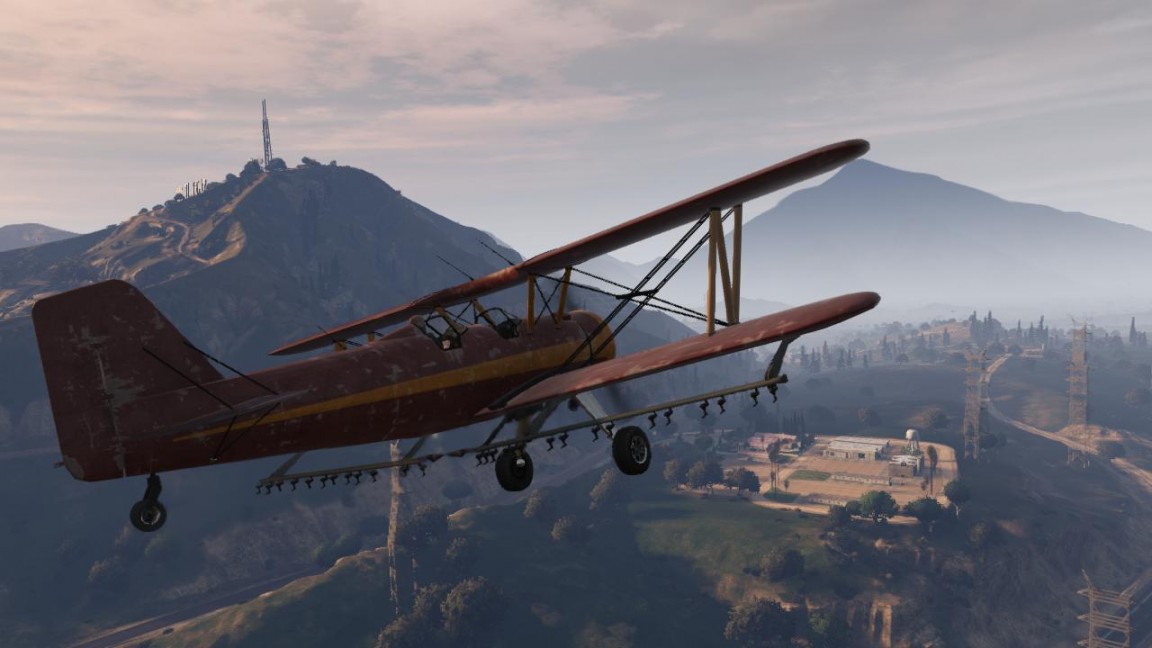 Go north to the under-privileged countryside of Blaine County and you'll see a different way of life. There are no high-price stores, no social pressures regarding fashion, creed or wealth, just rugged terrain, shanty bars and the fun of taking pot-shots at passing cars with a sniper rifle. It's quiet, dark and hides a different breed of hidden dangers. Walk around Mount Chiliad for too long at night and you're coyote food, cross the wrong side of the tracks and you're in meth country.

I'm positive this isn't a conscious decision by Rockstar North, but the fact that Los Santos is dwarfed by the wide expanse of Blaine County could almost be considered a parallel to these harsh economic times. In the south the minority lives a life in the lap of luxury - the one per cent. To the sprawling north, people live below the breadline and strive hopelessly to get to that special place where prosperity and wealth thrive.

But where would you rather live? If rubbing shoulders with crass jocks, spoiled brats and fashionistas with more plastic in their body than brains is the price of financial stability in Los Santos, then I'd rather live a life of plainness and grateful mediocrity. This is a theme that burrows deep into GTA 5's plot and world, but is never rammed down your throat with force. If you look closely at the expertly-crafted play-space, you'll start to see the tell-tale signs and motifs.

GTA 5 is like a newspaper cartoonist's sketch. It's a piece of hard-hitting black comedy that pokes fun at how futile and artificial many corners of the word have become, and while I've laughed constantly while playing, I can't help but feel a tad worried when I realise that what I'm playing isn't necessarily fiction any more, but edging ever closer to our own reality. It truly is a showcase for effective world-building and observational satire.

It plays amazingly too.

Disclosure: To assist in writing this piece, Rockstar Games sent Dave a copy of GTA 5 on Xbox 360. He honestly cannot stomach America/Britain's Got Talent.