Some impressive visuals and solid combat make Godfall fun to hack 'n' slash in, but it's only going to be memorable for its release date.

There are some video games that are perfect for console launches, the kind that you just couldn't imagine getting much attention outside of that magical period when every new game for a system courts excitement. Godfall is seemingly that game for the PS5. It's got the pretty but generic visuals, a rousing soundtrack, and lots of action, but rather than going all-in on that flashy new console experience the developers aimed higher. As cruel as this sounds, I didn't want Godfall to reach for the stars. I just wanted it to reach about a high as Xbox One launch title Ryse: Son of Rome.

I'm enjoying it for what it is: an at times gorgeous hack 'n' slash with fun combat and a whole lot of loot. But Sony really delivered the goods with its first-party launch titles, and Godfall doesn't quite reach those heights and isn't quite casual enough to scratch that shallow showcase itch.

Early impressions of Godfall aren't great. You're thrown into what must be one of the shiniest locations ever committed to video game hard drives, and given control of a shiny warrior who can bash up enemies to release shiny things that fall on the shiny floor.

While this is the game's tutorial, it's just not that interesting. As a PS5 console exclusive, you'd be forgiven for wanting things to kick off with some excitement, a glorious set-piece that would set the tone for what was to come. Thankfully for Godfall this plodding intro isn't representative of the game as a whole, with what comes next being far more entertaining, albeit a bit too involved for its own good. 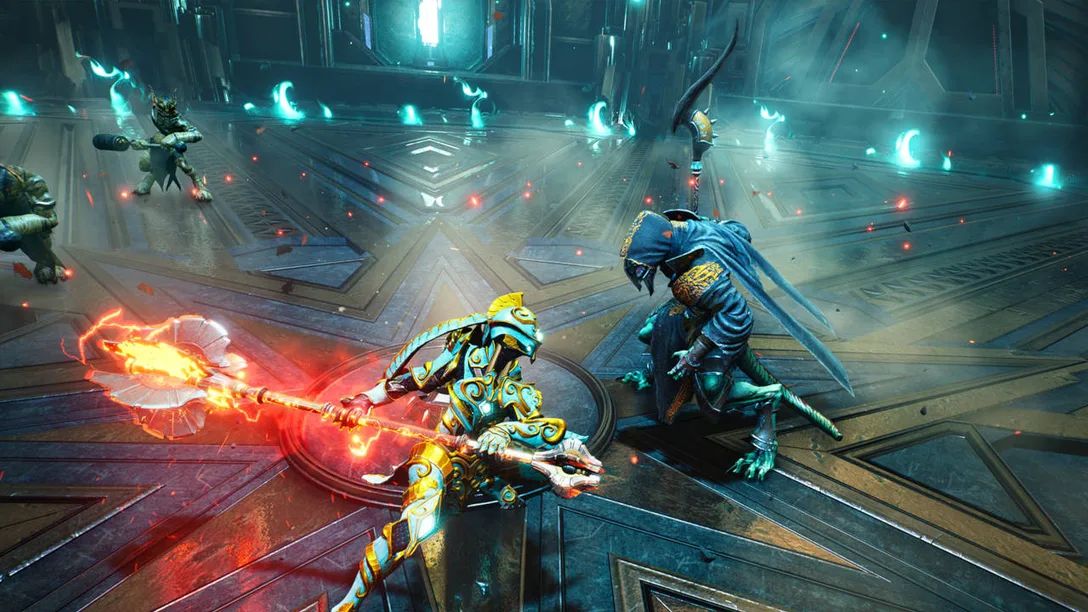 Godfall's combat is built around some nifty combos based on L1/L2 quick/strong attacks. A shield can be used to block, parry, and attack, and there's ample quick-footedness thanks to dodges in all directions on the X button. You can also trigger a special attack mode by pressing in the two sticks on the DualSense.

There's a skill tree to spend ability points on, so your movesets increase as you play, but even early days I was pretty impressed by how the combat felt. This isn't a soulslike, so don't expect that level of challenge or ambiguity. If anything, Godfall's combat feels a little like modern God of War, just without the glorious campaign.

Where Godfall differs, a lot, from God of War, is its structure. You are handed out missions from a central location, firing off to a number of worlds to complete tasks. These worlds are semi-open, in that you can explore them but they aren't free-roaming areas like in an Assassin's Creed game - you're mostly wandering along fixed routes and so far at least there's no signs of life other than enemies. Complete the main mission task and you can either head back to 'base' or continue where you are and tackle optional objectives.

There are story missions, but don't expect Godfall to feel like an epic single-player adventure. You fight enemies and bosses, but there's no sense of a journey here. I've already zoned out of most the story elements and focused on what new weapons I'm getting. 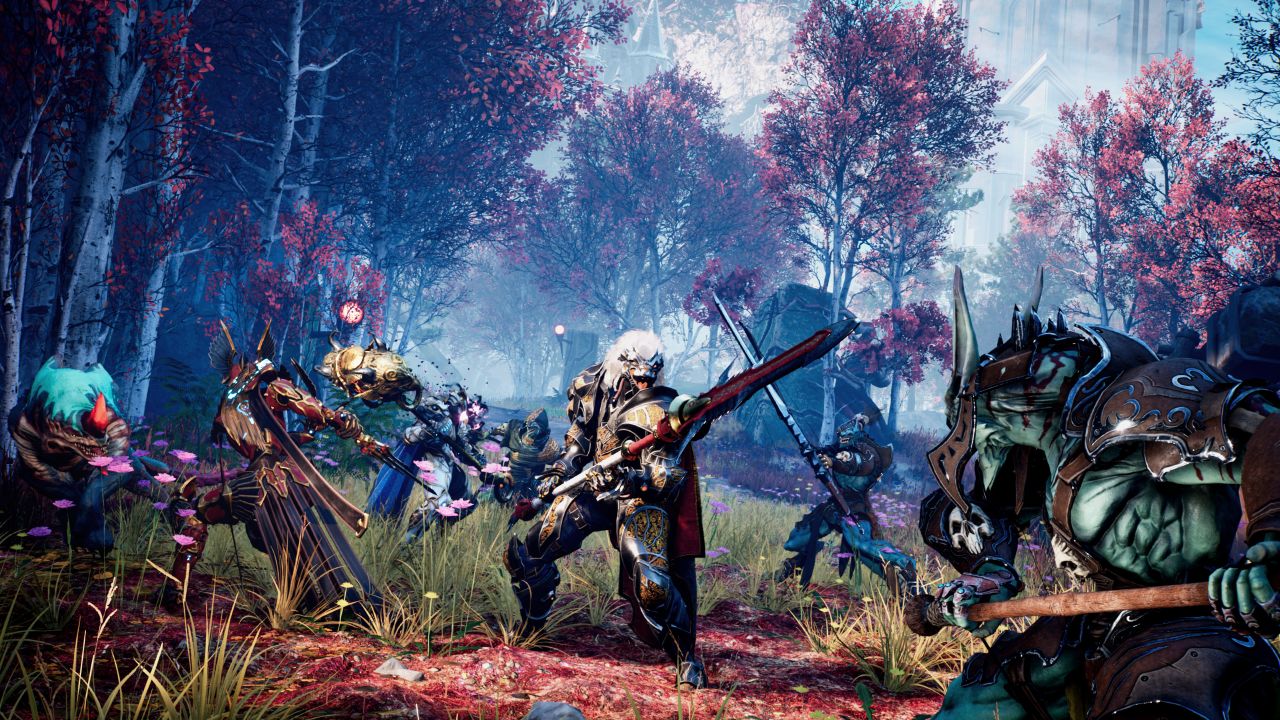 It's this loot aspect that gives Godfall more longevity than your usual console launch title. I'm not hooked, but given that new game releases for PS5 will be slim pickings for a while there's a smal chance I'll continue to see what goodies I can get my hands on for a little longer.

I'm also keen to see what other environments open up. As I mentioned, the game's opening is so bling I was almost blinded, but other environments were far more attractive and I paused frequently to take screenshots. I played in performance mode, as resolution mode wasn't smooth enough for a game focused on such fluent combat.

Co-op play for up to three gives you a social aspect, but here Godfall is likely to struggle to offer a similar experience to other loot-focused games as your friends simply aren't as likely to be jumping online to play in the evenings. It's one of a few aspects of Godfall that I feel won't be truly used, on top of multiple weapons/upgrades/enhancement/gear systems that just come across as overly complex and full of too much new jargon to learn. I am just not going to put in the hours Godfall wants me to invest. I admire the ambition, here, but for me it's all rather off putting.

A good chunk of hours into Godfall I can say that it's a perfectly solid launch game, but its ingredients aren't quite the right mix. I enjoy the combat, but that combined with a perfunctory story aren't enough for me to become truly invested. I'm simply not going to delve into what seem to be fairly expansive systems built for prolonged play. As I said, Godfall reaches too high.