I love Gears of War. As odd of a comparison as it is to make, it’s always fallen into the same safe space as another favourite of mine: The Legend of Zelda.

While it’s fair to think I’m a lunatic for bringing two vastly different experiences up to start this review, it all comes down to evolution and execution.

When Nintendo announced it was essentially starting again with the Zelda format I was excited and slightly afraid. I would’ve been happy sticking to the ‘find dungeon, get weapon, use weapon to get to the next dungeon’ structure until I was dead, and the thought of change didn’t overly excite me. Low and behold, as great as Breath of the Wild is, it’ll never hold a candle to my affections for what came before it. In short, I’m old. Don’t screw with my expectations.

This was my worry when it came to Gears 5, a step forward for the franchise that’s so determined to let you know it wants to do something different, it’s even done away with ‘of War’ in its title. It’s clear just by looking at it we’re not going to be doing anything too drastic – COGs aren’t all of a sudden going to be haggling over house furniture with a capitalist-obsessed racoon – but The Coalition has made it part of its marketing strategy to welcome old fans back with open arms, while also encouraging new faces to join the party because events have moved on. Thankfully this time around my apprehension was unfounded as this balance has been handled wonderfully. 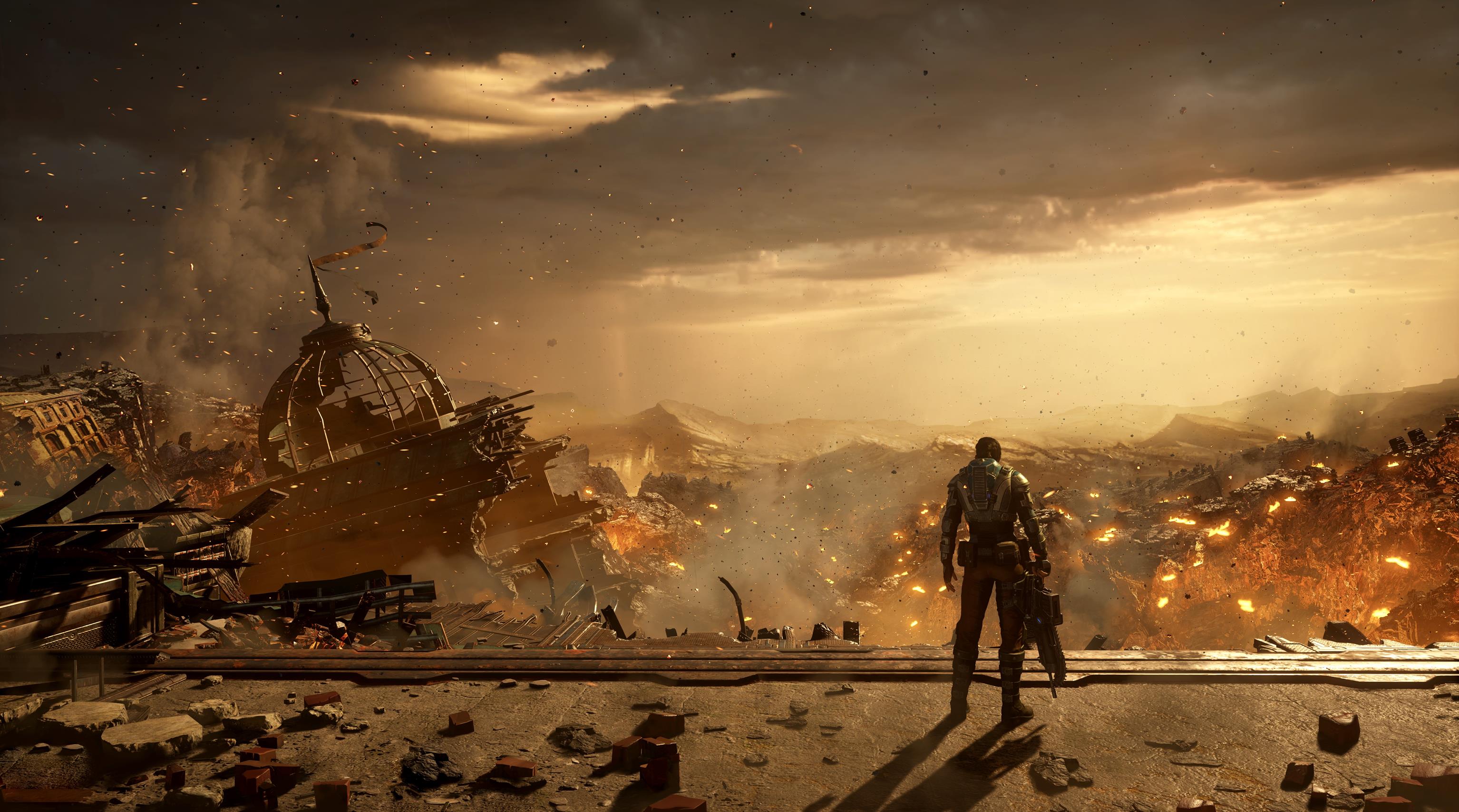 The obvious first. For my money, Gears still offers the best shooting mechanics in any series, even though it’s 2019 and the original title came out 13 years ago. There’s a reason those involved haven’t felt the need to change the ‘pop ‘n’ stop’ cover approach, and it’s still beyond rewarding to slam into a wall, take a few enemies out with a Lancer before making the rest explode with a well-time frag grenade. The action is over the top and ludicrous with the word ‘subtle’ being banned from proceedings at all times. Death is loud.

It’s a familiar feeling that will be with you when you start the campaign until Gears 5 slowly peels back its layers to prove that it’s more than just a one trick pony. The biggest of these comes with the map which has now been expanded. You have an environment to navigate now, and within these optional pathways are smaller bits of content that help pad out the story and context. You can indulge with them as much as you want, but their addition has allowed the brains behind the madness to think outside the box.

For example, we’ve all forgotten that when Marcus Fenix and his angry friends marched onto the scene back in 2006, they had to deal with some scenarios which were undoubtedly scary. No one would call Gears of War a horror game but it wasn’t far off, and anyone who does venture off the beaten track will be rewarded with little nuggets like this that remind you of simpler times. No one was calling you an asshole on Twitter back then for one.

It’s a small but significant change that proves this is a series that has chosen to mature without losing its heart. That’s not the only tweak either. JACK, for instance, can now be upgraded. While it’s a straightforward process, they’re all additions that grow on you as you progress. Gears is still at its best when you’re armed with a weapon and hurled into a combat zone of stupid proportions, but the pacing and flashes of what’s new justify it returning for one more round. Any worries this was just going to be an extension of Gears 4 are extinguished early on.

This is also true when we bring in our heroes. Gears has struggled since saying goodbye to the original Delta Squad because they were so damn likeable, but Kait is the first since then to give them a run for their money. Offering a far more personal story than what you may be used to, the character development from start to finish deserves a lot of credit, even more so because it’s not what many assume the franchise would serve up.

I stand by the fact the emotional moments in the original trilogy were harshly treated, but Kait’s growth is a highlight and makes the narrative far more interesting. If it was crucial that the development team raised the bar when it came to the gameplay, the same was true for the bits and pieces that tie it together - and here they knock it out of the park. For the first time since Gears of War 3, I’m intrigued to see where the story goes next.

It’s a strong campaign, then, and one made better when you play with friends – as is always the way – and the suite of features that accompany it will likely keep you busy for some time. Horde Mode is back and still not even threatening to get old, a fact that’s pushed further as you can now give abilities and skills to each character. It’s quite obvious this is a direct inspiration from the many hero shooters still dominating the market, but it also means you can now see through walls. Who doesn’t want to see through walls? 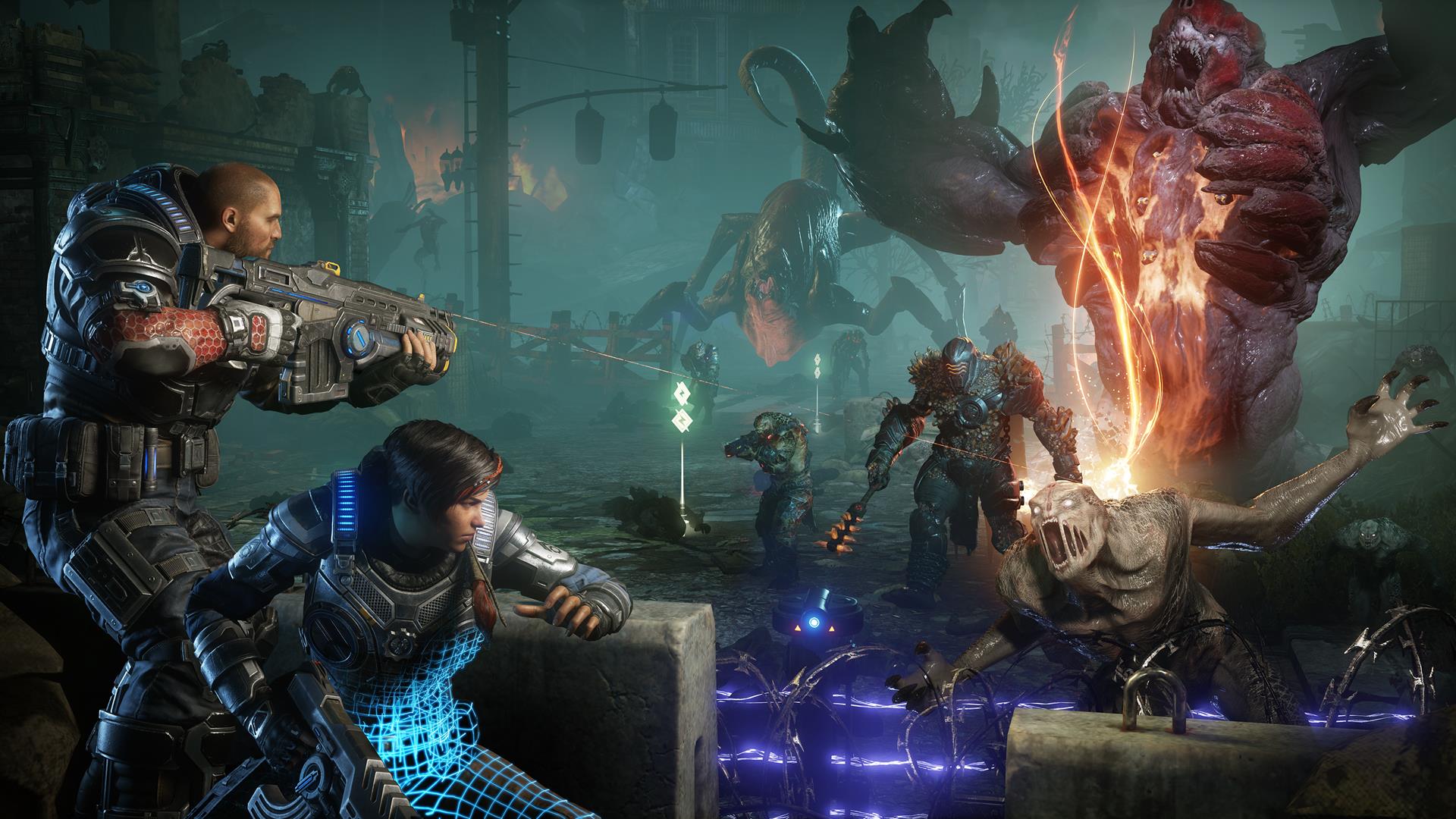 On top of this there’s also Escape which could take over as the reason you keep coming back. Asking you to run away from a poisonous gas known as Venom, you’ve got to ‘escape’ your surroundings as fast as possible, staying out the way of said gas as well as battling enemies and who knows what else. When you hear that you can also create your own maps for others to play – and my word can you make them hard – we have the clichéd icing on the cake.

Throw in multiplayer and the usual bells and whistles that come with Gears, and it’s just another solid step for a series that this time around has dared to dream a little. It never separates itself from what brought it to the dance to begin with, but the niche changes are enough to make it feel as though we’ve moved on a touch and that’s enough.

Those who had already made up their mind were never going to be convinced anyway, allowing the latest entry to do everything possible to cater to a loyal fan base without insulting them by just re-releasing Gears 4. With that said, it also opens the door far enough to let fresh light shine in. It’s like welcoming home an old friend only to find they have a new haircut that looks better the more you see of it.

Which means, yes, if I were going to score it, I’d give it Hair/10. Gosh, I miss hair. Thanks for reading…

Review copy provided by the publisher. Version tested: Xbox One.